Plant Alum Partners Up for Humanitarian Work in Uganda 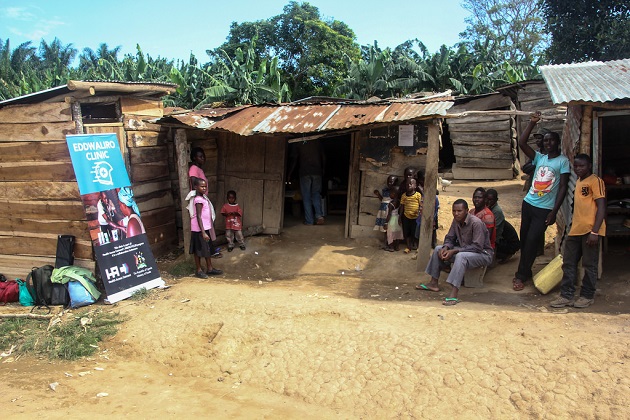 Tampa native Kevin Gibbons knew growing up that he wanted to be a part of something bigger than himself.  His family encouraged it. After graduating from Henry B. Plant High School in 1999, Gibbons joined the Peace Corps and lived in a small town in the Philippines for three years.  He realized he loved problem-solving with community members, learning their language and adapting to their culture. He says, “I think I found a sense of purpose while working there, and I derive fulfillment from doing something that makes the world a better place. I think once I got a taste for a life of service, I couldn't imagine doing anything else.”

Gibbons comes from an active political family. He is the great nephew of Sam Gibbons, deceased politician who represented Tampa in the Florida State House of Representatives, Florida State Senate and the US House of Representatives and is often called “Father of USF,” His aunt and uncle, Jane and Gary Gibbons, are leaders in the South Tampa Democrats group and his cousin Cliff, Sam's son, works as a lobbyist in DC. Gibbons has preferred making his mark with humanitarian work.

While in graduate school he researched livelihoods and fishery conservation in Lake Victoria; while there many locals told him about their lack of access to healthcare. Several people in the community he worked in had died of HIV/AIDs, although there was free anti-retroviral medication just three miles away. Gibbons knew then that he could solve that problem and was hooked! Health Access Connect was born and he began to dedicate his life to connecting people in remote villages to health care. 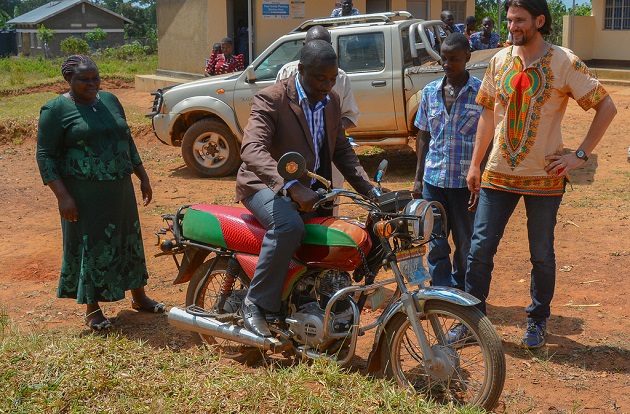 Gibbons does a lot of crowdsourcing and fundraising while at home in Tampa and recently partnered with local real estate company, Smith & Associates Real Estate to further this cause. It started out innocently enough when he asked family friends Flip and Rick Miller if he could present details about Health Access Connect at their weekly staff meeting. He left the meeting with a check for $2,000. Since then, Bob Glaser, CEO of Smith & Associates Real Estate, committed to matching any donation to Health Access Connect that his staff contributed raising an additional $3,000!

Dave Traynor who also matched the companies donation said, "We are so blessed to be able to partner with an organization that fills an immediate medical need while building small businesses in the process. This is what ministry should look like, providing a "hand up and not a handout!"

In addition, Health Access Connect is having an in-house silent auction with the staff of Smith & Associates Real Estate on April 20th. Glaser says, "We are pleased to be working with Kevin on this most worthwhile endeavor, one that not only incorporates health benefits to the communities, but adds entrepreneurial aspects to the program to help individuals, create further jobs, and create some economic impact."

Since its inception in 2014, Health Access Connect has made great strides. One of the most rewarding for Gibbons has been hearing from the people he serves. They tell him that they love the work his group is doing and that they’re committed to making it last a long time. Gibbons says, “There's a struggle in international development work and serving the poor to actually partner with people, rather than just be the folks who helicopter in, do a little work, and then helicopter out. Hearing from stakeholders makes me think we're doing it the right way. I love seeing the numbers of the people we've served. Without many resources, we've served over 2,000 people in the 18 months that we've been running the program. That's huge! Those people have accessed life-saving services and have saved money and time.”

Long term goals for Gibbons include taking this business model and expanding it to districts throughout the Lake Victoria region of Uganda. Because HIV rates are high, as are the accompanying demand for health services, he’d like to add child and maternal health services to the program.

In the future, he’d like to build up Health Access Connect in a way that co-founder and friend Carolyne Ariokot and the Ugandan staff could manage the day-to-day efforts of administration. He and his wife are not able to travel as much since they are new parents to a daughter named Amiya, which means "gift" in Luo, one of the major languages in Uganda.

What’s Gibbons favorite thing to do when he returns home to Tampa?  Aside from spending time with his family, he says, “Eat. Cuban. Food. We had Cuban sandwiches and deviled crab about once per week growing up. Cuban food will always taste like home to me. And, I love running on Bayshore. It's such a special shared space with a beautiful view of the city.”

If you'd like to help Health Access Connect further their cause, donations can be made at any time.