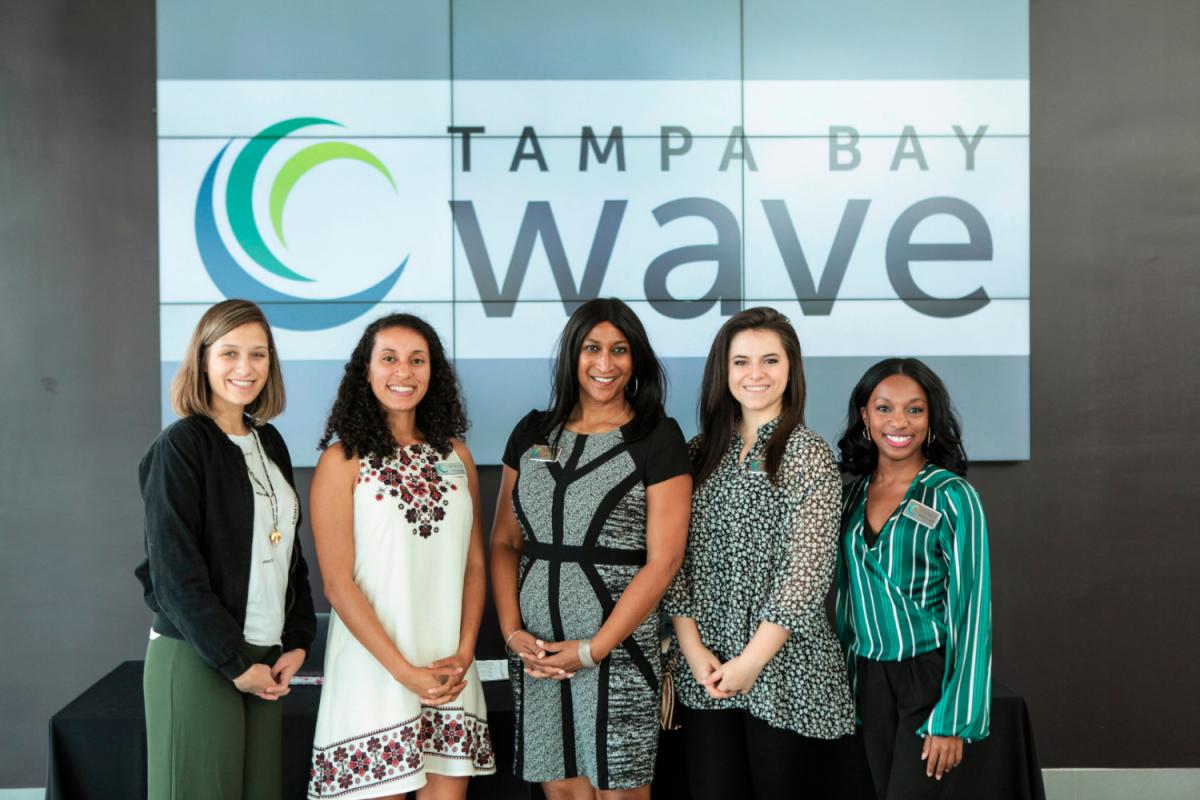 When Tampa Bay Wave started in 2008, it was mainly a platform for startup owners to connect with each other, recruit talent, and try to raise money for their companies. But in the same way Wave has accelerated startups over the past decade, it accelerated its own growth in 2013 when it branched out into programs and services. The effort began through a partnership with the University of South Florida to form a tech business accelerator and venture center in downtown Tampa. The partnership led to a $1 million grant from the Commerce Department’s Economic Development Administration. Along with that came another $1 million in matching funds from local businesses. Since then, Wave has worked with over 200 Tampa Bay startups, and they have raised over $150 million in investment capital, leading to the creation of 1200 local jobs. Their mission is to help companies get started in Tampa Bay, then stay local and grow local.

Tampa Bay Wave has become a nationally recognized tech accelerator program. Overall, it has raised over $4.3 million from sponsors, foundations, and federal grants to support their mission to help tech companies get started in Tampa Bay, then stay local and grow local. Benefactors include Bank of America, Florida Blue, the City of Tampa Government and Hillsborough County, Foley & Lardner LLP, Sourcetoad, Sykes, the Tampa Bay Rays, and Tampa Electric Co.

Over the past 12 months, Wave has undergone a period of rapid growth. Among the highlights:

As Tampa Bay Wave moves into its second decade, they’ve set lofty goals for themselves. By 2025, Wave wants to be recognized as the primary source of investment-worthy startups in the Southeast, with a portfolio that raises over $100 million per year in early-stage capital annually. Based on the success they’ve helped local startups achieve over the past 10 years, Tampa Bay Wave should have no trouble growing itself along with them.

Did you know Tampa Bay Wave also supports 813area.com and its sister sites? For more Tampa business news, keep visiting 813area.com. While you’re on the site, sign up for free email updates for ideas on what to do around Tampa when you’re done working.