Check Out Tampa's Biggest, Baddest Better Than Ever Giff 2016

Grab your smartphone and get ready to TEXT a "Keyword" and "#" to 22333 as the Gasparilla International Film Festival rolls into Tampa March 30th; they want to know what you think!  When you attend a GIFF film this year text your 'review' using a keyword associated with the film along with a # grading the experience with 1 being the WORST and 5 being the BEST!   We love the interactive digital aspect to Gasparilla and are excited to see Gasparilla Season close out in a BIG way with Tampa's biggest, baddest and better than ever Gasparilla International Film Festival 2016. 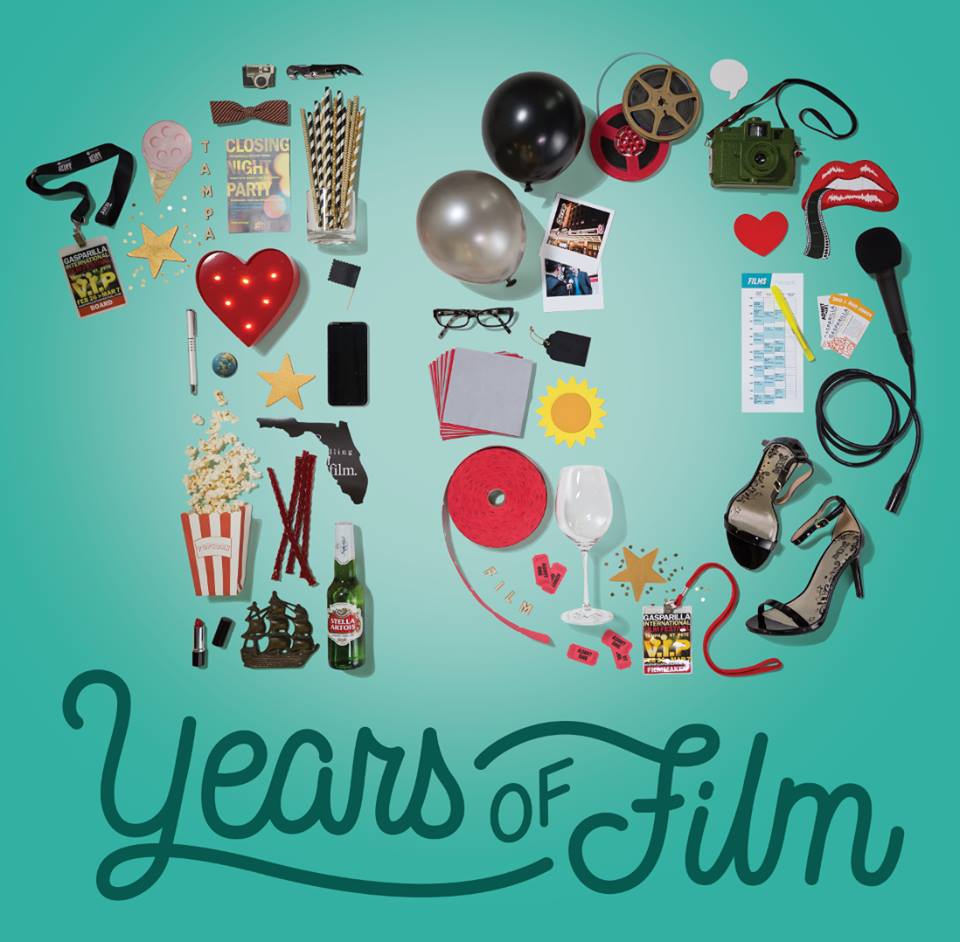 GIFF kicks off this year with the Audi Tampa VIP Opening Night Reception at Tampa Theatre with a screening of "Eye in The Sky" followed by a Rum Party courtesy of Carmelita's. Eye in the Sky stars, Alan Rickman, Helen Mirren and Aaron Paul.

Other options include The Friday Night and Saturday After Parties! Check out the Friday Night After party  in the dungeon at the The Castle or the Gasparilla International Film Festival - Saturday Night After Party taking place at GameTime in Centro Ybor where you can play games while enjoying drink specials including 2 For 1 Beer and Wine.

GIFF attendees can look forward to exciting Industry Panels from people like famous animator, Bill Plympton * With The Stroke of a Pencil, to GIFF's Lifetime Achievement Award Winner Rita Moreno and Mark Paul Gosselaar at "The Performance is Worth A Thousand Words" panel. From behind the scenes, to learning how to pitch your idea or film, to insider information on how to sell your film at a festival, GIFF covers every topic with informative Industry panels you can not afford to miss!

An open casting with take place at Carmike Theaters Sunday, April 3rd from 2;30 pm to 5:00 pm with casting directors from movies like Hunger Games and Pirates of the Caribbean to mangers, acting coaches, and agents looking to discover new talent. Time to look in the mirror and ask yourself, "Am I ready for my close up?", then answer with a resounding , "YES!" as you head over to the casting call to see if April 3rd is the day your life changes!

The Festival closes April 3rd with a screening of Richard Linklater's comedy film feature "Everybody Wants Some". Touted as a 'spiritual sequel' to his 1993 cult coming-of-age film 'Dazed and Confused', Linklater is right, we are excited to see more!  Take a look at the cast for Dazed and Confused and you realize the strength of Richard's eye for talent in it's early stages! Following the screening of Linklater's entry, plan on attending the  Gasparilla International Film Festival - Skyy Vodka Closing Night Party

Below is a full list of the GIFF's Screenings, Workshops, Industry Panels, Awards Ceremonies, Parties, Opening Night Reception, Signature Gala, and After Parties.

Get ready for the biggest, baddest and better than ever Gasparilla International Film Festival 2016

CLOSING NIGHT FILM (NARRATIVE):
Everybody Wants Some (USA):  A group of college baseball players and friends navigate their way through the freedoms and responsibilities of unsupervised adulthood.  Director & Screenwriter Richard Linklater

Precious Cargo (World Premiere): After a failed heist a murderous crime boss hunts down Karen, the sultry thief who failed him. In order to win back his trust, Karen recruits an ex-lover/thief named Jack and things get complicated. Starring Bruce Willis, Mark-Paul Gosselaar, Claire Forlani. Directed by Max Adams.

The Daughter (AUS. Florida Premiere): In an unnamed, present-day logging town that has seen better times, Henry Neilson, a well-to-do mill owner, announces to his employees that the economy has forced him to close. Cast: Geoffrey Rush, Miranda Otto, Odessa Young and Sam Neill. Directed by Simon Stone.

The Debt (USA. Florida Premiere): A hedge fund honcho puts through the deal of a lifetime: the redemption of a billion-dollar debt owed by the Peruvian government to its citizens. The quick buck soon turns into a nightmare. Cast: Stephen Dorff, Alberto Ammann, Carlos Bardem, and David Strathairn. Directed by: Barney Elliott.

The Adderall Diaries (USA. Florida Premiere): Thriller based on a "true-crime memoir" book of the same name by Stephen Elliott, based on the Hans Reiser murder case. Cast: James Franco, Ed Harris and Amber Heard. Written and directed by Pamela Romanowsky.

A Beautiful Now (USA. Florida Premiere): As a beautiful dancer balances reality and fantasy, she asks her friends to help her figure out the passions and relationships that have shaped her identity. Cast: Abigail Spencer, Cheyenne Jackson, Collette Wolfe. Directed by Daniela Amavia. 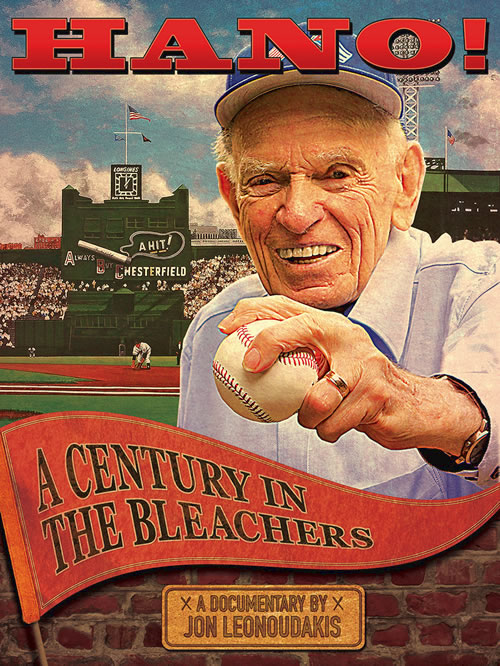 No Greater Love (Florida Premiere): U.S. Army Chaplain Justin Roberts goes on missions with the legendary NO SLACK battalion in Afghanistan in 2010-2011 armed with only a camera. Director Justin Roberts scheduled to attend.

The Forbidden Shore (World Premiere): The amazing diversity of contemporary Cuban music is gorgeously explored in Ron Chapman’s third documentary feature. Chapman captures the full gamut of what’s happening now in Cuba, both the most exciting artists and the distinct musical scenes they move in. Director Ron Chapman scheduled to attend.

Havana Motor Club (Florida Premiere): Reforms have offered opportunity in Cuba, but the children of the Revolution are unsure of the best route forward. For a half-dozen drag racers, this means last-minute changes to their beloved American muscle cars as they prepare for the first sanctioned race in Cuba since 1960. Director Bent-Jorgen Perlmutt scheduled to attend.

FLORIDA FOCUS:  World premiere of independent films made in Florida

Waiting on Mary: Inclusion in GIFF is a dream come true for Director Corey Horton. Filmed in part at Heritage Village in Pinellas County, Waiting on Mary features local talent including Brian Shea as Nathaniel, a struggling actor assuming the personality of a role he played at a failed amusement park, that of a Colonial character. Nathaniel takes on the persona as his broken heart heals following divorce. (Brian can currently be seen in Jobsite Theater's production of Vanya and Sonia and Masha and Spike at the Straz) 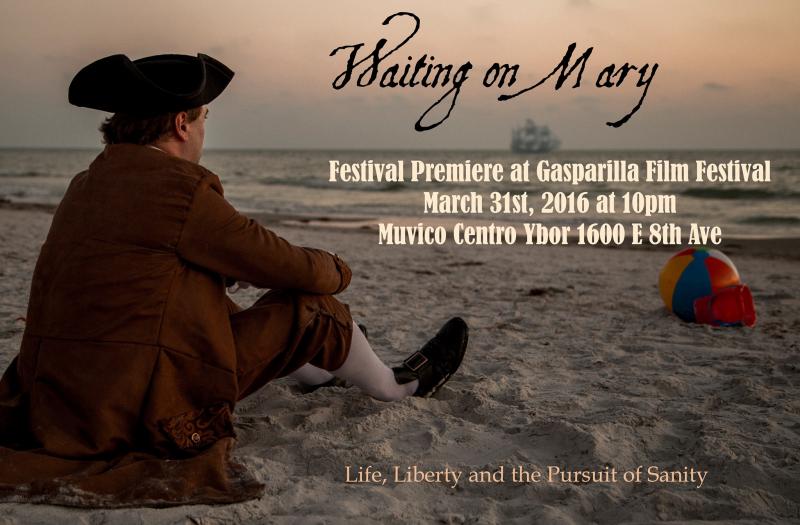 Bear With Us: A modern farce about a guy who attempts to propose to his girlfriend in the most romantic way possible, but his plan falls apart when a ravenous bear stumbles on their charming cabin in the woods. Directed by William J. Stribling.

Dooder And the Lighthouse: Dooder Parker is eighty-six and full of life. When the historic lighthouse in his hometown becomes doomed to fall into the Gulf, his recounting of local history evolves into a reflection on his love for his wife. Stories intertwine to paint a portrait of a vanishing way of life. Directed by Clayton and Lisa Long.

“Films on a Mission”: Short films focusing on a specific cause

“Love is In the Air”: Romantic short films

If you have never been to GIFF THIS is the year to attend an event! And if you have, no words are necessary, you already know what a rewarding and fun experience it is to 'experience Hollywood' right here at home!  Don't forget to text your 'vote' and let your opinion matter as you  Check Out Tampa's Biggest, Baddest Better Than Ever Giff 2016! 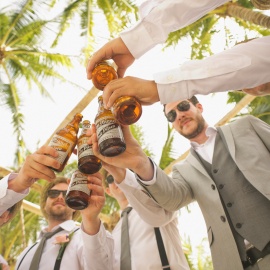