Every so often there is an event that occurs in various, upscale cities of Florida that brings a refined and majestic atmosphere to all who attend.  An area of these towns is transformed into small paradises filled with everything one could need to create lifelong memories of elegance and class.  This event is known across the Sunshine State as “Chillounge.”  Select cities that have hosted this event include Sarasota, Delray Beach, Fort Myers, Orlando, St. Petersburg and of course, Tampa.

Citizens of the Tampa Bay area can delight in the news that this event is returning for a second time April 16, 2011 at the one and only Curtis Hixon Waterfront Park in Downtown Tampa.  “Chillounge Night” Founder, Rainer Scheer, and his team will make over Curtis Hixon with hundreds of stylish daybeds, lounge furniture giving a glamorous South Beach feel, countless decorative lights, brilliant sound system, and a stage which will present live music, dancing, a fashion show and even parades.  To further compliment the atmosphere of the evening, a spectacular display of fireworks will light up the night sky leaving spectators in fascination.

“Chillounge” has established itself as one of the classiest and most unforgettable events that happens in the year.  With its’ first night unveiled in Sarasota back in 2008, the event quickly grew in both reputation and location.  Annually being held in 6 cities across the state, locals flock to be one of the lucky guests to have purchased a ticket. VIP Tickets, although limited and quickly sell out, are offered presenting complimentary food, beverages and cigars served in an exclusive VIP Section.  Cost for this event starts at $20 for an advanced ticket, $25 at the door and $95 for a VIP Ticket.  Required minimum age for attendance is 21 years, but guests who attend this event range from all ages over 21.  Don’t miss out on Chillounge, and don’t forget that pictures will be taken on the step-and-repeat!

For more information on this event, as well as future Chillounge Nights in Tampa and other cities, visit the official website here. 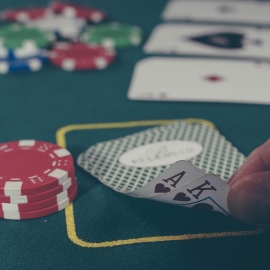