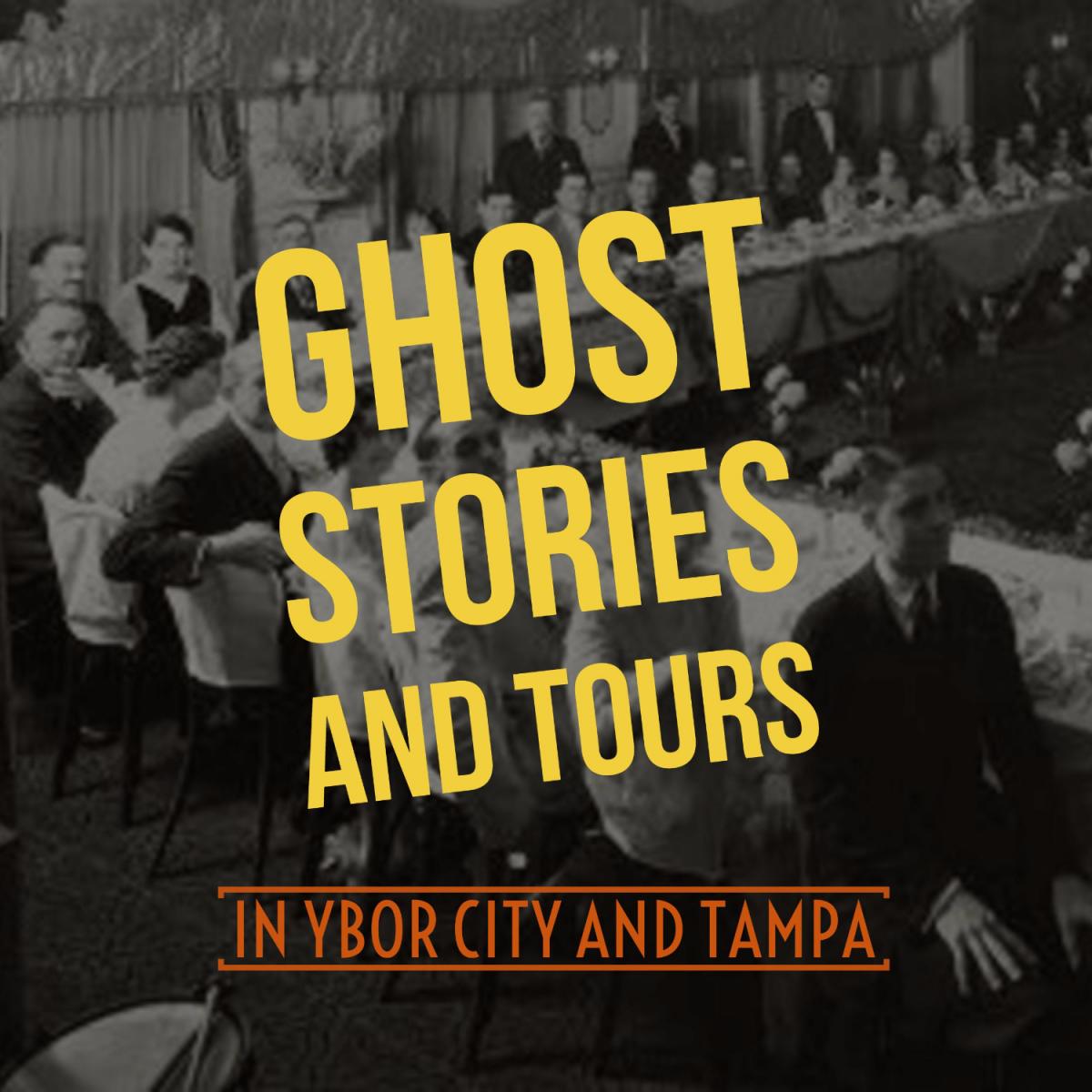 Ghost stories get passed down through generations and are shared in many ways such as at campfires, during sleepovers, at Halloween events, and more. Ghost stories are more prominent in historic areas such as Ybor City, Seminole Heights, West Tampa, Davis Islands, and Hyde Park as there is more history.  During spooky holidays such as Halloween and even days like Friday the 13th, ghost stories seem to be more exciting. With Halloween Tampa approaching locals will share Tampa ghost stories and some will bravely seek the thrill of meeting these ghosts in person.

Halloween brings many fun events in Tampa like Tampa Halloween Lighted Boat Parade, Creatures of the Night at ZooTampa at Lowry Park, Haunted Houses, and many other Tampa Halloween events. There are also Tampa ghost tours in Ybor and Plant City.  But what about the ghost stories that you may not know about unless you research or hear it from people who have seen ghosts? With the extensive history of Ybor City and Tampa, there are many stories of ghost sightings in the area. 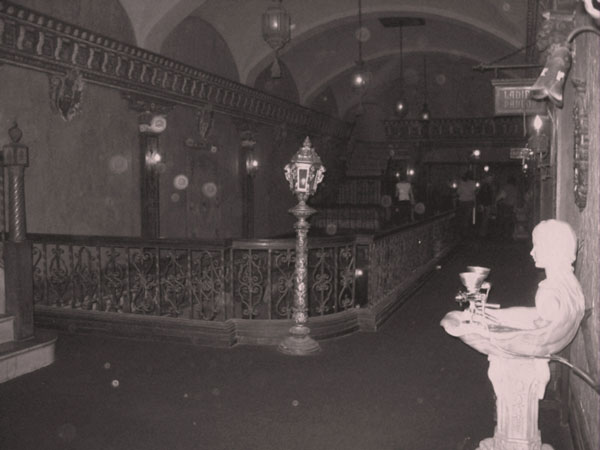 One of the more popular ghost sightings is that of the "drunken Cuban" in the old Tampa Florida Brewery, currently the Swope - Rodante Law offices.  Knowing nothing about the haunting, as an industry vendor to lawyers and their staff, I ventured into Swope-Rodante one afternoon, completely unsuspecting. As I sat waiting for Dale Swope in his remodeled lobby I admired the workmanship and obvious attention to preservation.  Suddenly I felt something, something odd.  As I sat trying to figure out what it was I was feeling I caught something as it rushed by me on my right side! It was dark and I had the distinct feeling someone was walking past me, yet no one was there!  I asked the receptionist, "Is this place haunted?"  She responded, "Yes." The story has it that when the Tampa Florida Brewery opened, they gave away free beer at the opening ceremony. Following a long afternoon of drinking two Cuban men got into a fight, one of those two men eventually died in the brewery from head injuries.  As the receptionist began sharing information about the number of objects mysteriously moved, and how over the years, people have heard a voice with a heavy Spanish accent I became intrigued.

A hotbed of paranormal activity there is no shortage of haunted ghost stories In historic Ybor City.  The Cuban Club in Ybor City is also known to house ghosts.  Some claim to have heard the piano in the old theater play by itself.  Others swear to sightings of ghosts in the hallways and elevators of the building.  Tampa police officers reported seeing a ghostly woman who apparently was shot and killed in the building during a political debate at the turn of the 20th century. Another famous and probably the most frightening ghost in Ybor is the ghost of Avellanal Jr. and a woman haunting the historic Don Vicente Inn.  The Don Vicente Inn, once a Clinic, was the workplace of one Dr. José Ramon Avellanal during the early 1900s. José Luis  Avellanal Jr. was the doctor's schizophrenic son who did some pretty horrific things in his lifetime. Avellanal Jr.'s father often found himself treating people his son injured, including a young boy he shot in the eye and another he persuaded to try a homemade electric chair!  Frightened by their son's behavior Dr, Avallanal and his wife tried keeping their son in solitary confinement but he escaped, stealing cars and endangering lives.  They then tried shipping him off to a military school where he kidnapped a young woman. While living at the El Pasaje Hotel Avallanal Jr. attempted to publish articles regarding experiments in raising the dead! 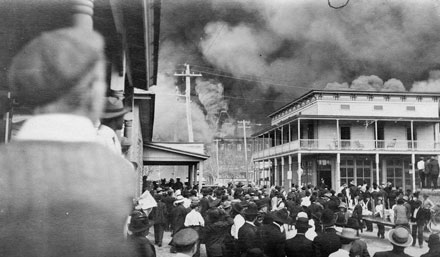 When Avallanal Jr. was asked to move out, but he did not go far!  Moving into a brothel across the street Avellanal Jr. began impersonating his father, pretending to be a physician he 'practiced' medicine with brothel staff performing sadistic procedures oft times leading to his 'patients' demise. Using secret tunnels he easily found his way to the clinic's incinerator where he and his 'nurse' disposed of bodies and body parts. The incinerator remains walled off behind bricks in the cellar, now a swanky lounge, at The Don Vicente. Chrissy Koplen, owner-operator of  Ybor City Ghost Tours - The Original will tell you the basement of The Don is, "one of the creepiest places I've ever set foot in." Aided by his stern nurse Avallanal Jr. operated undiscovered.  Many guests at The Don claim to bump into the nurse as they round corners at The Don Vicente in Ybor! José Luis Avellanal died in 1982, I encourage you to read more about him!

There are many, many more Ybor City ghost stories about the historic buildings and streets, perhaps ghosts from the 1908 Ybor City fire or from Ybor's famed mobster days of Charlie Wall.  You can learn more about Ybor City ghosts by taking Ghost Party Haunted Tours. Chrissy has been sharing this haunted history for ten years and is a wealth of knowledge! Her excursions are kept to no more than 13 people per tour and are tailored to the group. So yes, she can tour kids (9 and over) too!  Her guides do not work from scripts like many other tours, each guide enjoys exploring the supernatural and sharing spooky encounters with guests. You should also know Ghost Party is the ONLY Ghost Tour in the U.S. that provides all of your ghost hunting equipment from EMF to infrared to night vision, they've got it all!

Chrissy was a realtor in Savannah, GA for more than 20 years, specializing in the sale of old historic mansions. Over the years she experienced many inexplicable things as she staged properties for showings and toured prospective buyers. Curious she began researching paranormal activity, it was not long before she decided to take a break from Real Estate to be a mom to son Ben and pursue her paranormal hobby. As friends and family asked to accompany her during her hunting excursions her hobby organically turned itself into a business!  Chrissy continues to share her love of the paranormal through Ghost Party Tours here in Tampa, in Plant City and in Savannah.

They have two tours in Ybor city, one at 8 p.m. for $40 and one at 9 p.m. for $65. The 9 p.m. tour is for hardcore ghost hunters who are looking for the ultimate paranormal experience. There is also haunted dining at the Carne Chophouse restaurant in Ybor, where you can sit in the haunted section and order off a special menu for $9.99 before or after any ghost tour. Are you ready for a Ghost Party Tour? This time of year those 13 spots fill up fast!  Call today to reserve your place and learn more about Tampa and Ybor this Halloween!

In Downtown Tampa, the Tampa Theatre is said to be haunted by several ghosts including Foster Fink Finley, a dedicated projectionist once living and working the theater between 1930 and 1965.  Many locals report ghost sightings and objects being moved to different locations of the theatre, cold spots on the stairs, and more.  Due to the abundance of activity at the Tampa Theatre, they began offering ghost tours where you can walk through the theatre in search of Foster and his friends.

All the paranormal activity in Tampa cannot be contained by one tour.

During the Official Ybor City Ghost Tour, Ybor City comes alive at night, and, according to locals, so do former members of the community. That’s why the only way the Official Ybor City Ghost tours do tours is at night. At sunset, join Ybor City Tours to hear the tales of the restless souls of Ybor. You’ll get an informative, entertaining, and scary walk through history, with the possibility of other-worldly experiences. Make a reservation online or call 813-386-3905. Adults are $25 and children ages 6-12 are $10.

Of course, Ybor isn't the only haunted part of Tampa. On the Ghost Tour of Historic Haunted Tampa, you'll learn about even more ghosts and expand outside Ybor City with the Haunted Tampa ghost tour. Enjoy a candlelit tour full of tales of ghosts, haunted houses, and supernatural oddities. Your tour will depart from the corner of East Twiggs and North Franklin Streets. Parking is in the Fort Brooke Garage, on North Franklin Street and is priced by the hour. Tour tickets are $20 per person, $12 for ages four to 12. Anyone under 18 must be accompanied by an adult.

There are other areas in Tampa, including residential houses and streets in the Seminole Heights and Ybor City area known to be haunted. Legends and lore pass through generations where to this day people still see and experience unexplainable events.

Do you know of any ghosts stories or sightings in the Tampa area?  Have you experienced any of the above ghostly tales? Post your stories below in the comments and let's share!

Connect with 813area for all the fun things to do this Halloween in Tampa!

Janie   5 years ago
How about 12 years ago I was working for a cleaning company that clean the tall glass building in downtown Tampa. I think it was called One Tampa Center. I was working on the 25th floor walking down the hall and I noticed a movement out of the corner of my eye. When I turned around I saw a woman interior dress [ kind of what you would see on Little House on the Prairie] walking into one of the offices. When I walk down to the office there was no one there. I would also hear doors closing on the floor even though I was the only one on that floor. I later found out that that building was built on some kind of Indian ground. There is a plaque outside as you walking from the garage to the building.