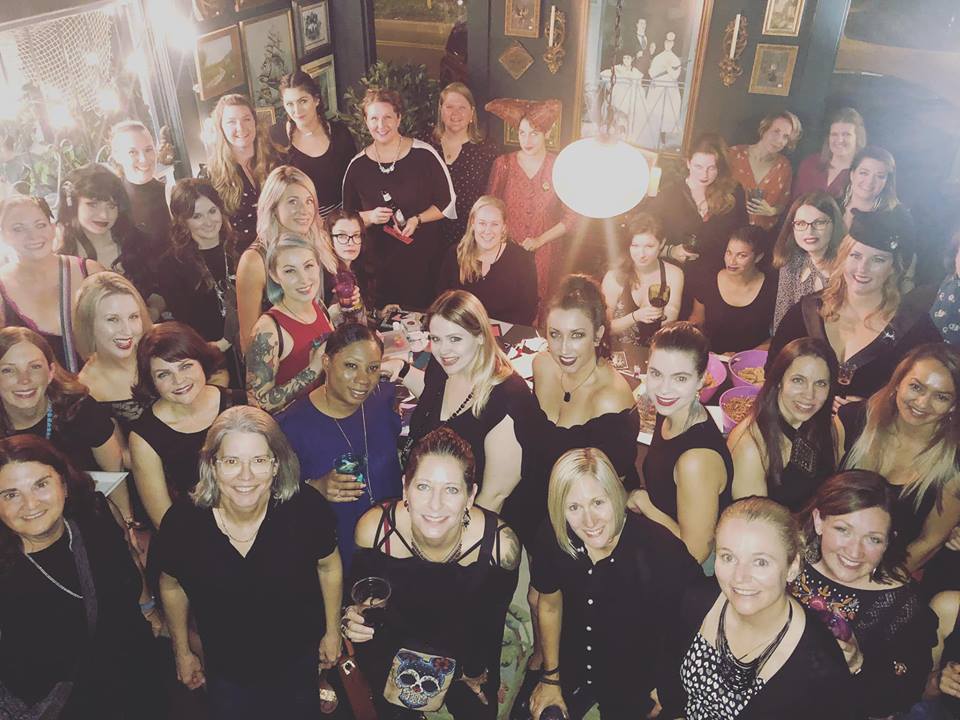 It was 2016. Ellie Baggett found herself in a relationship that was heading south. As is the case with many couples, most of her friends were that of her fiancé. “I thought, if we break up, I won’t have any friends at all,” Baggett feared.

So, she decided to start attending a book club to meet new people. It worked in Baggett’s favor because the group spent 10 minutes discussing the book and the rest of the time socializing. “It was so much more than a book club,” said Baggett. “The women talked about real things. They shared their struggles and supported each other.”

“I forged a friendship with another woman in the book club who lived in the Heights. We discussed forming a group that’s like the book club, but you don’t have to read.”

The idea initially started as a wine club – where like-minded women can come together and enjoy each other’s company. “The group was wildly diverse, from all different areas of Tampa, just looking to make some new friends and have a real connection with other women,” Baggett said.

While the premise remained the same, the wine club soon evolved into what is now the Ladies Heights Happy Hour. The first gathering, coordinated through MeetUp, saw 20 women in attendance. “This must be something if all of these people are willing to drive so far,” she said.

Baggett arrived home that night to her fiancé, elated about the wine club. “‘It was great! All these women came, and it was awesome’,” Baggett said to him. “His response was, ‘I think you’re drunk’”.

“I felt like you have to choose your path: He didn’t make me happy and this group did,” she said.

And so, Ladies Heights Happy Hour began. No need to talk about books or even wine. You don’t need to be from the Heights (Seminole, Tampa, Riverside). The only stipulation for this club is that you’re a positive, supportive woman.

“Some women’s groups can be intimidating because they can be judgmental or competitive. I want it to be very supportive; that women who are new and don’t know anyone can show up and feel like they’ll be welcomed.

“I went to this neighborhood party once and no one spoke to me. I tried to approach people and they weren’t welcoming.

I felt awful because I was by myself and I was new,” Baggett expressed. “I would never, ever want that to happen to someone if it’s something that I have control over. I want people to feel welcome [in this group].”

As the leader of the organization, Baggett tries to connect people who live in the same neighborhoods or have similar interests. “If I know someone just moved here and she’s in a certain neighborhood, I’ll try to connect her with someone else who lives close by. If people have interests in common or are business owners, I’ll connect them.”

“I have a lot of people who say ‘I met this person and she was really great, and we’ve been hanging out. She has kids and I have kids and now our kids are friends. I think that’s the nicest thing I can hear from someone is that they’ve made all these friends. And that’s usually what it is.”

“I walked into the Mermaid [Tavern] one time and there was a table of eight women, and I knew all of them from the group. I said, ‘oh, I didn’t know you guys knew each other’. They said they met through the Happy Hour group. None of them had known each other before the group and I thought aww, I made this.” 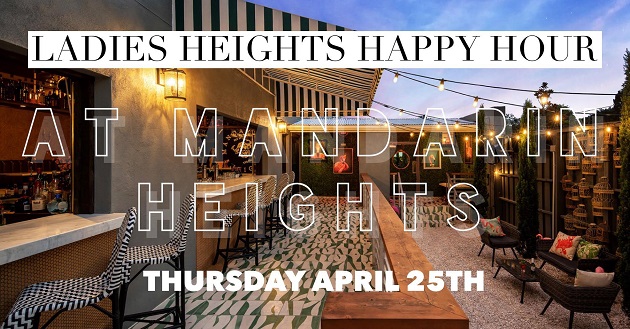 Baggett spends on average about two hours planning an event. She posts to the Facebook page once or twice daily to keep interest up – usually women empowerment or self-care posts. “A woman at a recent event said that she would like to get to know people before coming to the event, so she would recognize faces. I hadn’t thought about that. So, I put up a post asking people to introduce yourself, where you live and your favorite thing to drink.”

So far, there are 86 comments from women all over the Tampa area, some transplants and some born and raised. Each has her own unique story, but the commonality is that they’re thankful to the group for having made new friends and the opportunity to make more.

For the Ladies Heights Happy Hour, age is just a number. Said Baggett, “I get a lot of messages saying, ‘I think I might be too old to attend this group’. And I say, ‘We have the world’s most interesting 80-year-old woman who comes to this group. If she can come, you can come.”

“People can make it what they want, which I think is the beauty of it. Just show up, have a drink, be nice, and that’s it. It’s pretty simple,” Baggett explained.

Mandarin Heights is the hot spot for the April Ladies Heights Happy Hour. The fun starts at 5:30 p.m. Bring your friends or come solo and make new ones.

Baggett’s Facebook bio states that she’s just trying to make the world a little brighter. Thanks to her hard work and the success of Ladies Heights Happy Hour, it’s apparent she’s accomplished that.

If you’re new to the area or just want to add to your circle of friends, visit the Ladies Heights Happy Hour Facebook page for event info. To find out about more events happening in the Tampa area, register for free at 813area.