Following right off the heels of the Inaugural Tampa Bay Beer Week, Pepin Distributing is now blessing Tampa with another awesome beer event.  It's called the Brews with Attitude Craft Beer Festival and it's already shaping up to be a great one.

Taking place on Tuesday, May 15 at TPepin's Hospitality Centre (4121 N. 50th Street), Brews with Attitude is a must-attend for all hop-heads and brew lovers in the Tampa Bay area.

Why?  How about endless samples of more craft, import, and specialty beers than you can shake a stick at?  An awesome line up of local, live music and entertainment?  Home brew demonstrations?  And, even more than that.

Kicking off at 6:30 p.m. (5:30 p.m. early entry for VIP ticket holders), Brews with Attitude will transform TPepin’s Hospitality Centre into a mecca for craft beer in Tampa for one night only.

A big highlight of Brews with Attitude is their home brew competition where home beer brewers can enter their best batches in a contest for a $300 gift card to Southern Brewing & Winemaking.  The judges will consist of a panel made of professional and amateur brewers, using the Beer Judge Certification Program (BJCP) guidelines.

VIP tickets are $70 and include everything listed above as well as early admission at 5:30 p.m., access to a special VIP area, complimentary food and craft beer pairings, and access to a special brewing seminar lead by Ben Dobler, the brewer and brand specialist for Widmer Brothers Brewing.

Sound fun?  Head to the Brews with Attitude Craft Beer Festival Page to purchase tickets and get more information. 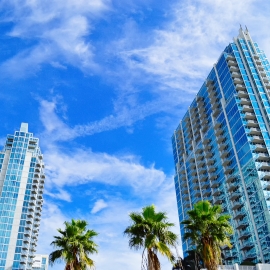