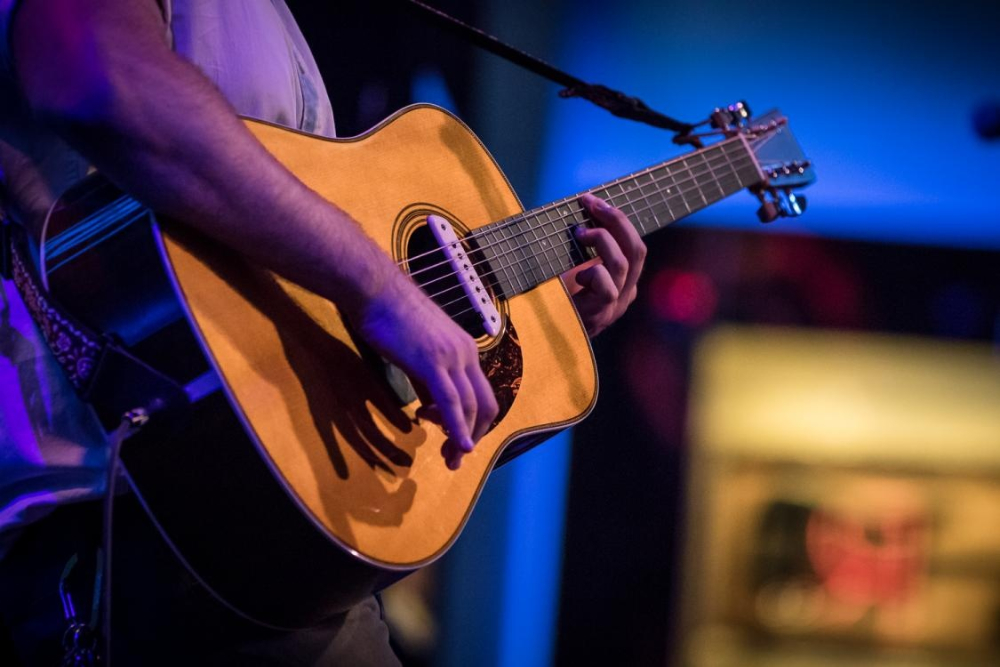 Kicking off the night was Sir Byron.  Sir Byron a.k.a. Tyler has been playing music for 15 years.  Inspired by folk artists like Bob Dylan and The Beatles, Tyler has recently branched out and started playing on his own. He played two covers on the guitar and harmonica including Ryan Adams "Ashes & Fire" and Drake "Hold On We're Going Home" but his show was mostly focused on his own original music. Favorite songs included "NGC" Never Gonna Change, "Wait for Me", "Civil War" and "Briars".  Tyler is heading into the studio to record an EP which is due out sometime next year. In the meantime, find him here. 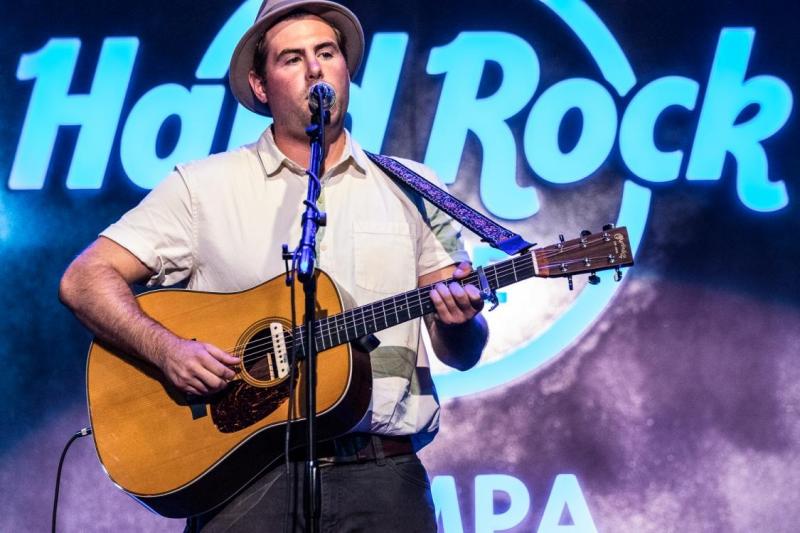 Next up was Rachel Alex.  A graduate of the Berklee College of Music, Rachel has been playing music since she was 7 and performing live since she was 14 years old. Born and raised in St. Petersburg, Rachel was taught by her father and got her start playing in local restaurants.  She plays piano and is inspired by Norah Jones and Alicia Keyes.  Rachel sang her heart out to one cover song, Alicia Keys' "If I Ain't Got You" but the majority of her set was original music including my favorite song, "Bula".  "Bula" was inspired by her time playing at the Low Tide Lounge, a kava bar in Gulfport. Kava is a drink hailing from the South Pacific Islands with certain sedative properties.  Rachel has a video coming out at the end of the month featuring "Bula".  Catch Rachel and enjoy some Kava every Sunday night at the Low Tide Lounge. 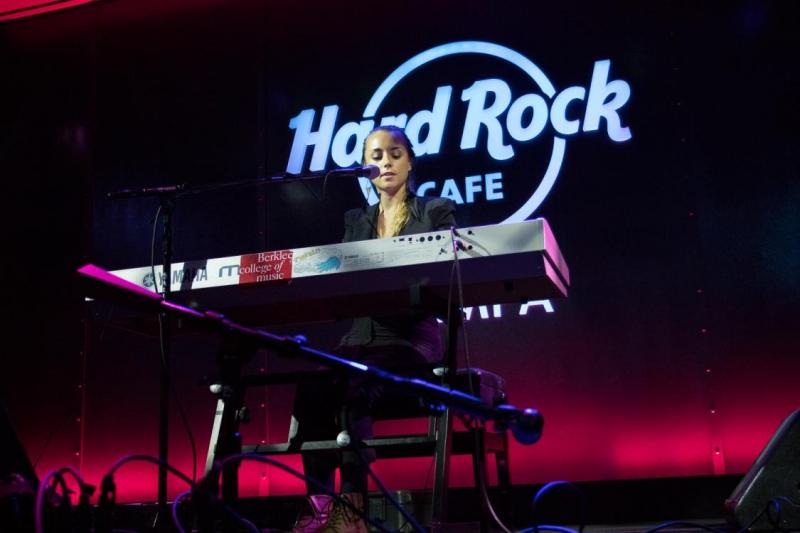 The Ben Meyer Band cranked it up a notch and had the crowd on their feet with their mix of country, blues and pure rock and roll!  Inspired by Johnny Cash, Elvis, and the Doors, Ben Meyer has been playing for 34 years! The Ben Meyer Band packed the house with fans and everyone was dancing to this rockin set of covers and original tunes including "Jackson" by Johnny Cash, "House of the Rising Sun" by the Animals and "Blue Suede Shoes" by the one and only Elvis.  The Ben Meyer Band recently released a CD titled U.S. 41, and played several songs from it including the title song "U.S. 41", "Lose My Blues", and "I Wanna Ride".  It's clear this is a group of passionate and extremely talented musicians. See them next at the V.F.W. Post 8154 in Zephyrhills on June 12th or find their music here. 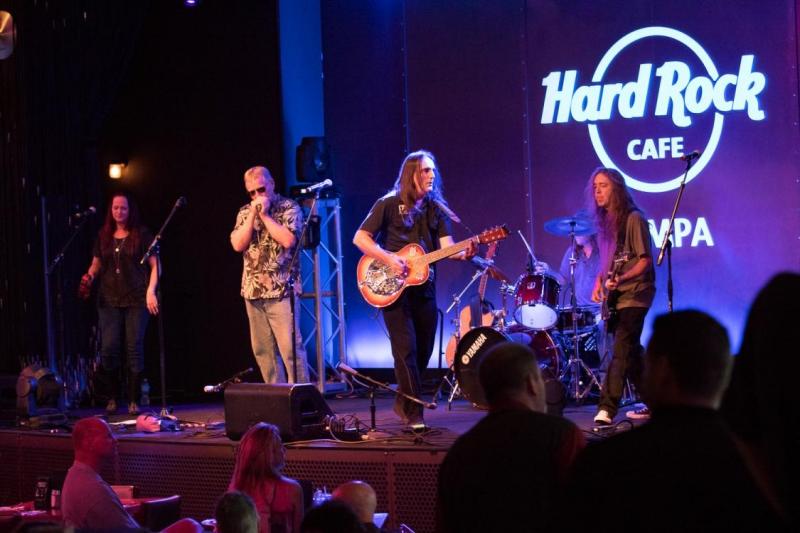 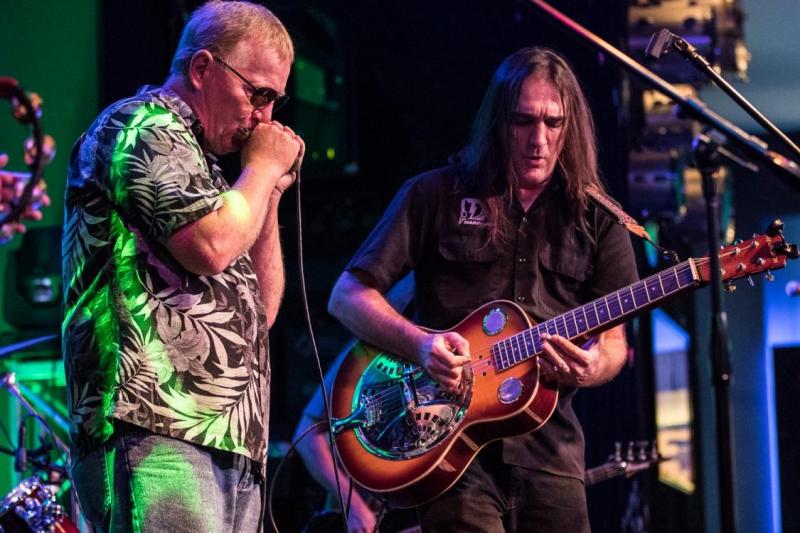 The Fringes brought a whole new sound to the Hard Rock Cafe. Together for only 2 years and 15 gigs, these 4 former high school friends are taking Florida by storm and showing no sign of slowing down. Their indie, bluesy, funky, pop, classic improvisational rock sound is very unique and had the crowd up and out of their seats!  This was their first all acoustic show but you would have never known it! I think they should give the acoustic thing a try all the time. Playing only two covers, "Kids" by MGMT and "Knocking on Heaven's Door" by Bob Dylan the rest of the set was all originals including "Hindsight", "My Friends From New York", and "Here".  Fringes released an EP this past February, are releasing a single this summer, and hope to release another EP in December.  Right now they're focusing on recoring but school's out for summer so if you're looking to book a great band, look no further than Fringes! Find them here. 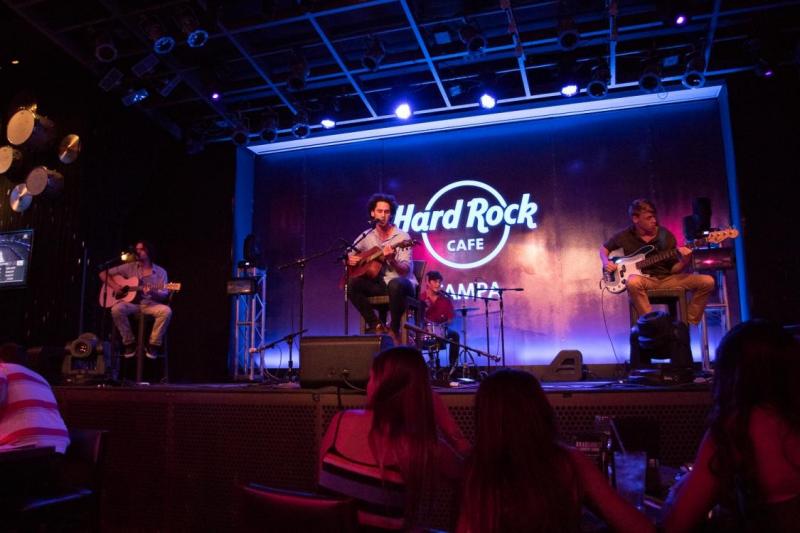 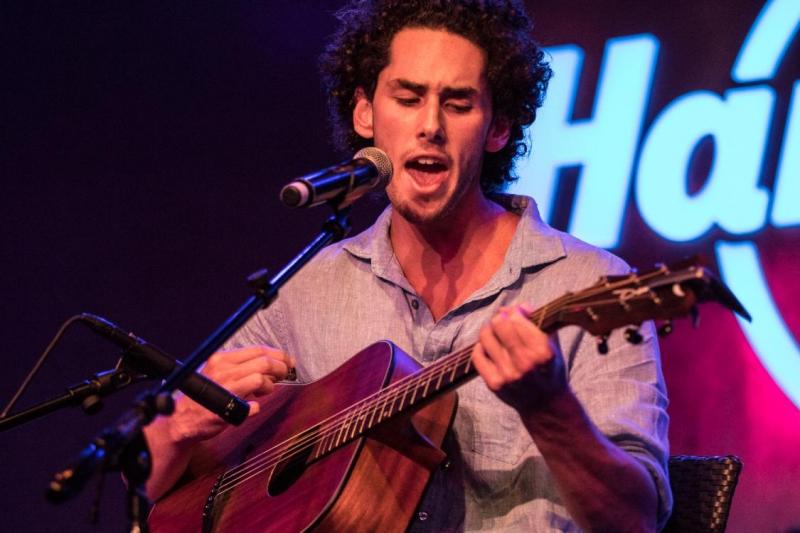 Rounding out the evening was Saxy Axe Grooves.  Just like the name says, this band was all groove! Playing a unique blend of jazzy pop tunes, they wowed the crowd with an upright bass! Saxy Axe Grooves played covers including "Use Me" by Bill Withers and "Stray Cat Strut" by the Stray Cats. See them next at the Hideaway in Clearwater on July 6th. 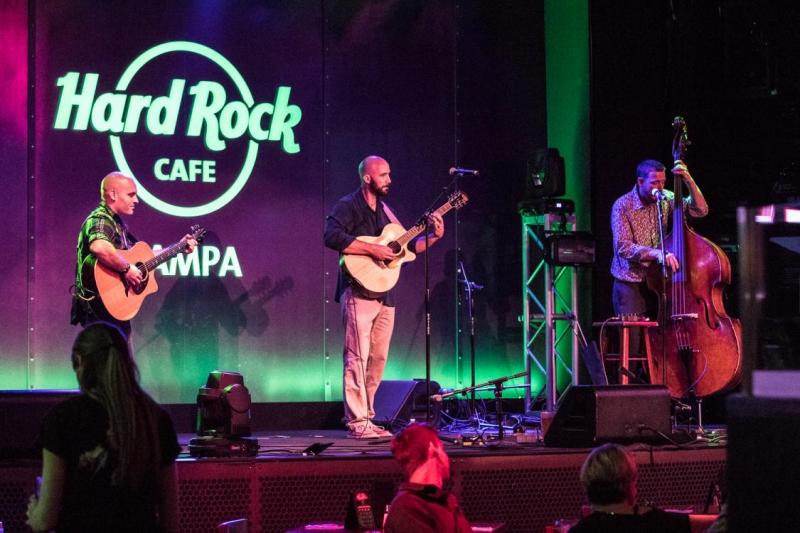 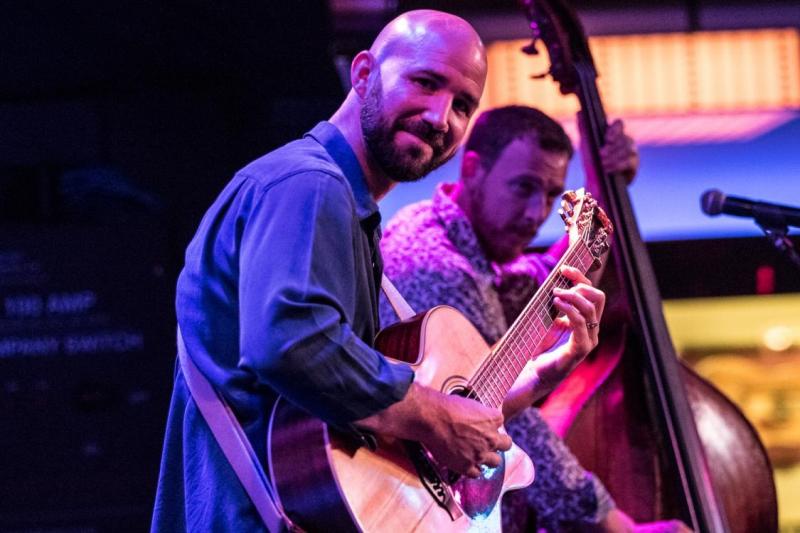