Tampa Gets Jazzy at the 4th of July Red, White and Blue Festival 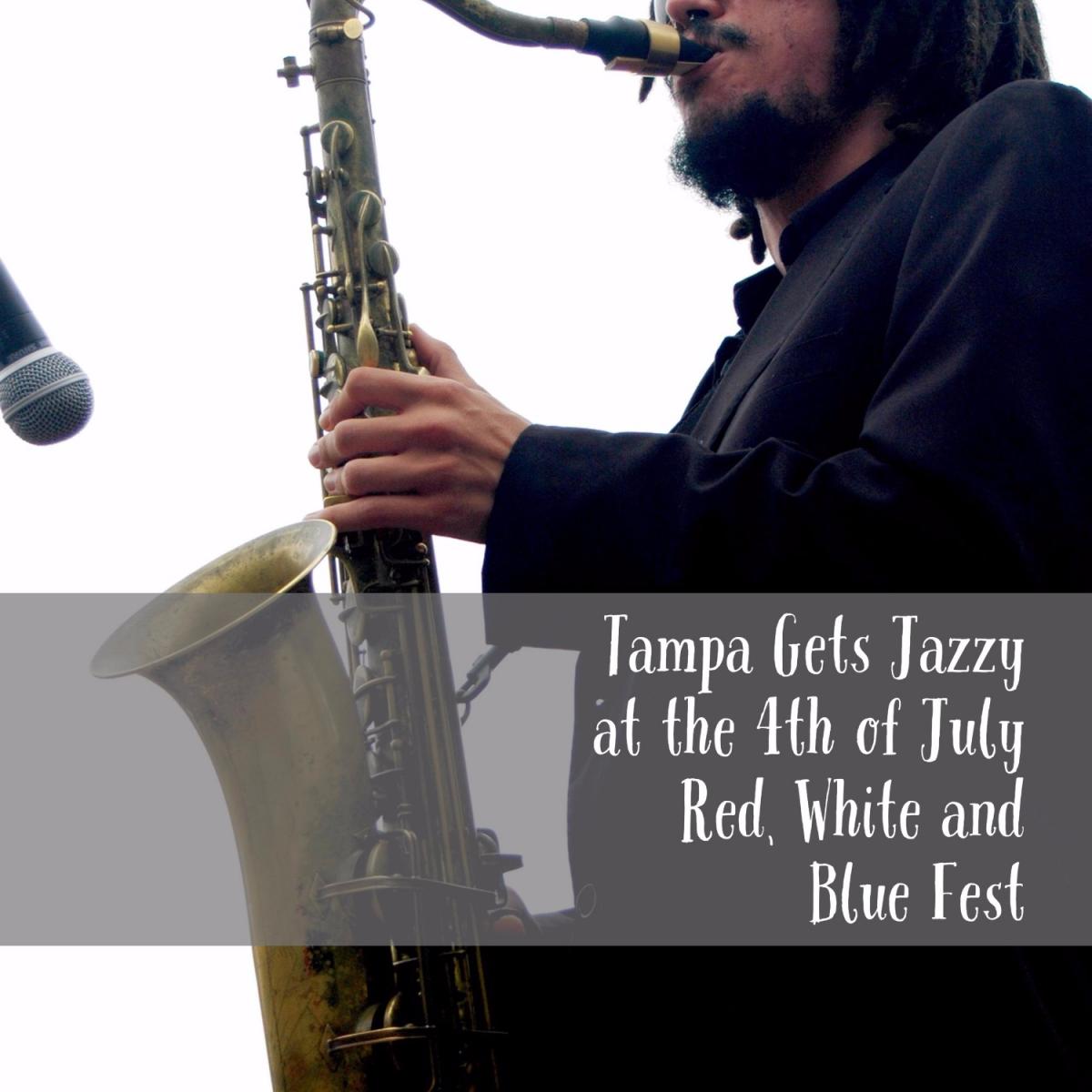 This Fourth of July weekend, kites were flown, children’s faces were painted and good ole’ All­-American food was eaten at the first annual Tampa Red White & Blue Fest, Jazz in July celebration.  Sunday evening was a night to remember as thousands attended the festival to celebrate Independence Day. Families, friends and tourists were able to enjoy live jazz performances, apple eating contests and goods from local vendors in Downtown Tampa's Cotanchobee Fort Brooke Park in Channelside. “It was great seeing people in their red, white and blue, taking pride in the culture and taking pride in not only the United States, but also being a part of the Tampa Bay community,” said Tashima Johnson, festival organizer and co-­founder of Jazz in July. “It was great seeing people come out smiling, happy, dancing, kids playing with parents and families enjoying their time together.” 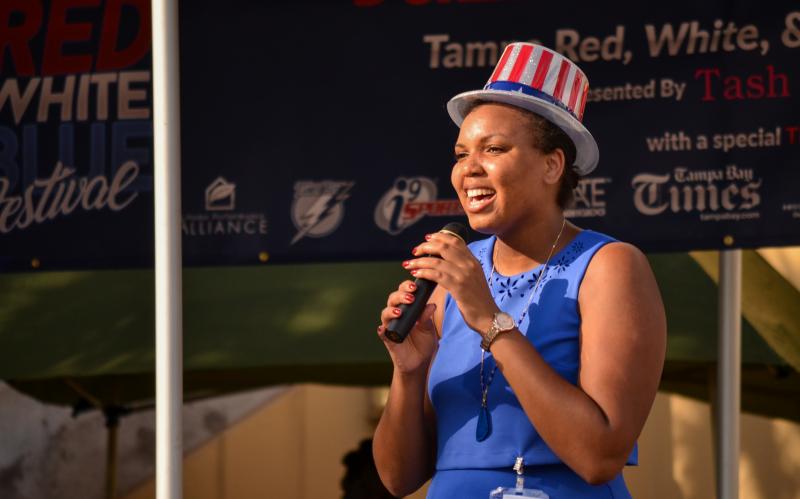 Tampa Gets Jazzy at the 4th of July at Red, White and Blue Festival

Miss National Patriotic 2016, Ann Poonkasem, kicked off the night’s live performances after singing the national anthem to a happy crowd. Other performances included L.O.T.P. Band Tampa, whose jazzy tunes and R&B vibes caused the crowd to get up on their feet and dance well into the night. 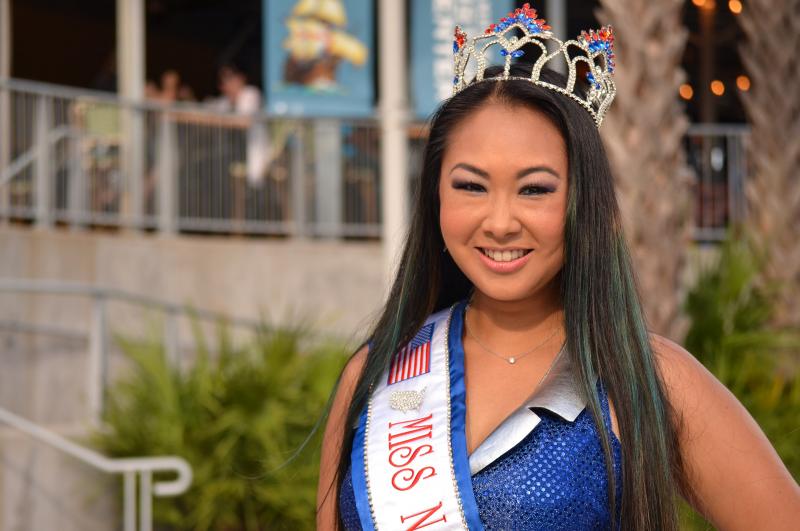 In the midst of the live performances, people of all ages competed against one another in an unforgettable apple pie ­eating contest. We watched in awe as contestants consumed two slices of pie in under a minute. Donning glasses that said “Eat Mud”, Jeff Aron dug his face into his slices of pie, eventually beating friend and competitor Tony Rodriguez. After moving up in the pie­ eating brackets, Aron competed against twelve­-year-­old Anthony Macias. Despite Macias’ iron­-willed attempt, Aron was victorious, winning a $100 gift card from Carvana. 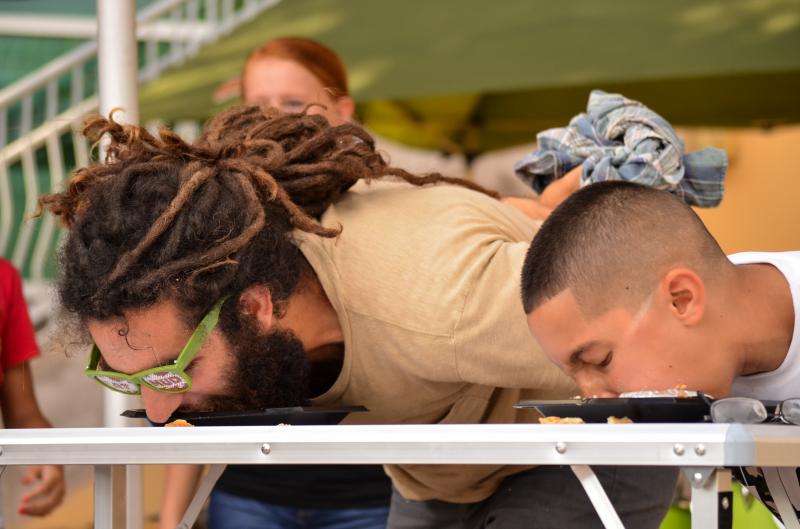 Eleven-year-­old Kelani Franco was all pie-­filled smiles after winning the girls’ apple pie­ eating contest. Not sure who had more fun, us or her! 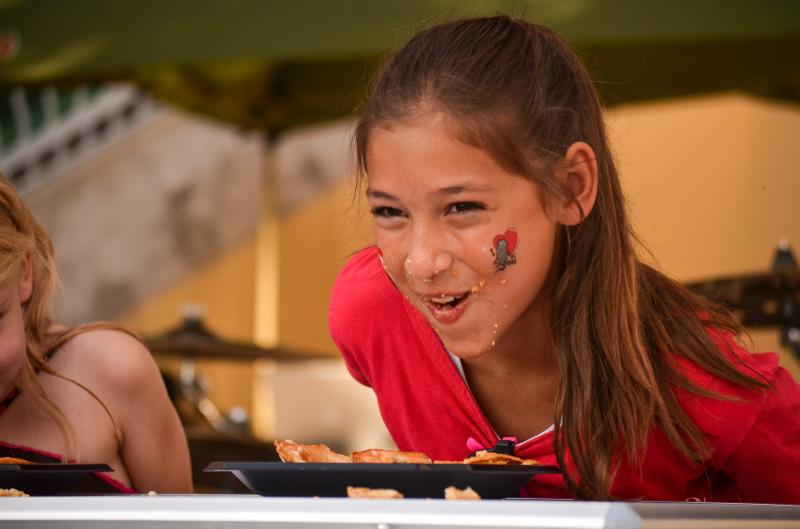 The Tampa Red, White and Blues Festival Jazz in July provided over 30 vendors for people to enjoy throughout the festive, patriotic night. One of the biggest hits was Livy O’s Catering Co., where hundreds of festival attendees bought southern food delights. From baked macaroni and cheese to Barbeque ribs, it was all good at Livy O’s stand. Guests satisfied their sweet tooth with Le Ann's Cheesecakes, freshly baked in a jar they can be found locally in several stores. For those looking for healthier options, people chose Power Crunch Protein Genius for protein energy bars. Drinks were plentiful from Lemon Bar, Brea’s Coffee, FUZE Beverages and the Tiki Hut, who offered virgin-Margaritas. 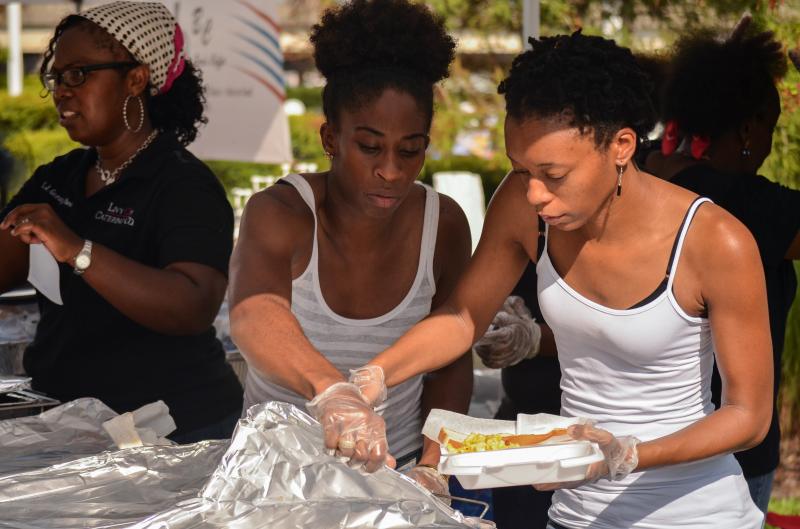 The festival had plenty of activities for children, with face-­painting, do-it-yourself patriotic workshops, LED kite flying and a Tampa Bay Lightning ThunderBug meet­-and­-greet. Children and adults could pet GST Sun State Greyhounds as these beautiful creatures fashionably trotted through the festival making new friends. Racing dogs like the one below enabled families to learn the importance of adopting retired racing greyhounds. 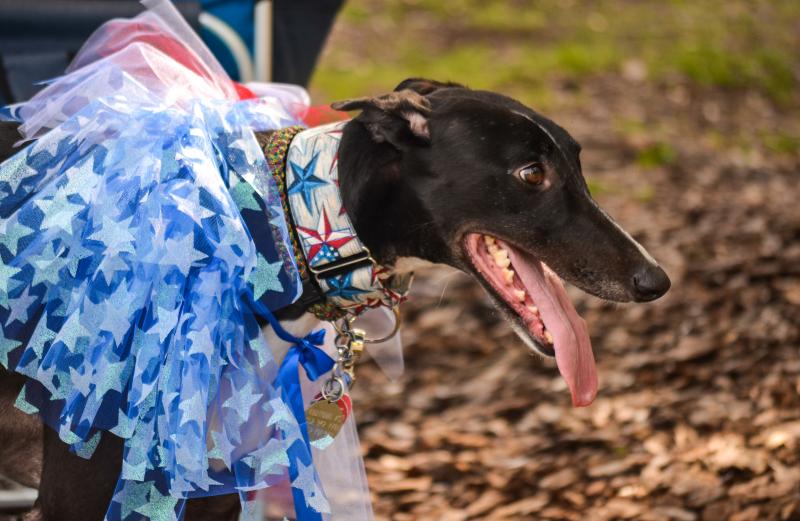 The Tampa Red, White and Blues Festival Jazz in July,hosted by Tash Johnson & Co,. was graciously supported by a dozen sponsors, and are we glad they did!  The festival started off as a cocktail party in 2012, transforming in 2016 to the family-­friendly event we experienced for the first time this year. With over 5000 attendees on average throughout the day, and dozens of vendors, the first annual Tampa Red, White and Blues Festival finished with a bang, making this Fourth of July one Tampa will never forget. Though this was the first time the festival was held, it surely won’t be the last!  Tash Johnson & Co.is already planning a two­-day celebration for next year. Following her successful event this past Sunday, we will definitely be there, how about you? Will you be getting jazzy in Tampa at the 4th of July at Red, White and Blue Festival next year? 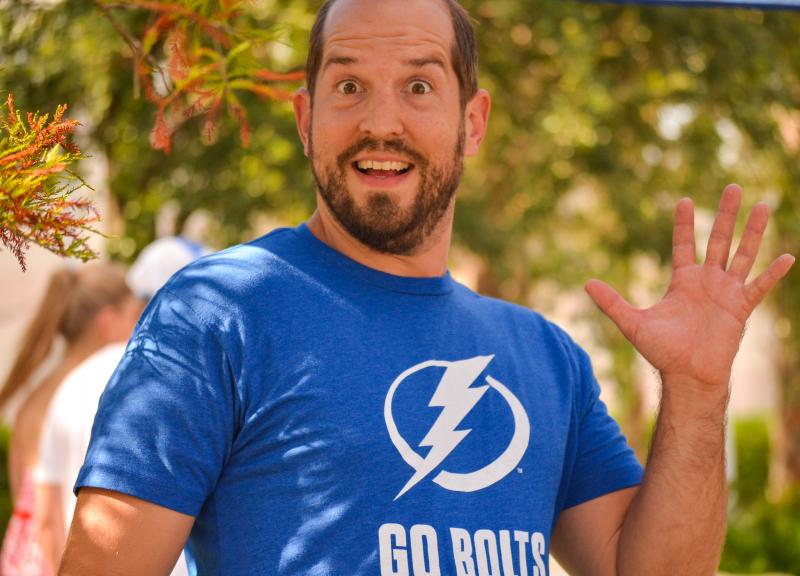