Tampa once again makes its mark as a place where exciting things are happening! On Wednesday, August 16th The Attic Cafe in Downtown Tampa will play host to the official iTunes pre-launch party for The Messengers: A Podcast Documentary from 5 - 7 pm. Fully crowd funded and quickly gaining national attention, this film is a landmark - an exciting and vibrant journey through the modern world of podcasting, uncovering the magic behind why podcasters do what they do.

Just in case you've existed under the proverbial rock this past decade, podcasting is a form of media offering a vast variety of subject matter in an easily accessible format.

Podcasting attracts people who want the ability to create and choose their content and to enjoy it on their schedule. It's revolutionized the information industry - anyone with a smartphone has on-demand access to an entire world of 'infotainment,' or can quickly become a producer themselves.

The Messengers: A Podcast Documentary, the brain child of Chris Krimitsos, founder and Executive Director of Podfest (a multimedia expo Feb 8-10, 2018), boasts an award-winning creative team. Looking for a way to inspire others to tell their unique stories, Krimitsos turned to Niel Guilarte of Wildstyle Media, and The Messengers was born.

Principal photography began on May 19, 2016, and several genuinely moving interviews with podcasting pioneers were filmed in Tampa Bay. The Messengers features an exceptionally compelling interview with Lee Silverstein of The Colon Cancer Podcast. Silverstein is currently battling the disease, displaying strength and grace as he records. It's interviews like these causing this movie to trend on iTunes in pre-release as the top documentary in the country.

An exclusive world premiere held at the historic Tampa Theatre in March of 2017 made The Messengers an immediate audience favorite. The documentary launches worldwide on iTunes later this month, preceded by the official pre-launch party at The Attic Cafe.

This a tremendous opportunity for local podcasters to meet the filmmakers and network with some of Tampa's biggest influencers and for supporters of the project to celebrate the film's success.

We invite you to attend the pre-launch party at The Attic, located at 500 E Kennedy Blvd, Suite 400, in downtown Tampa. This is a free event, though your RSVP is highly appreciated. Use the hashtag #ThisIsMyMessage and invite friends, we look forward to seeing you at The Attic Cafe on the 16th. Register above to stay connected to more events like this one as well as things to do in Tampa, best restaurants in Tampa, Local sports, live music in Tampa and much more. 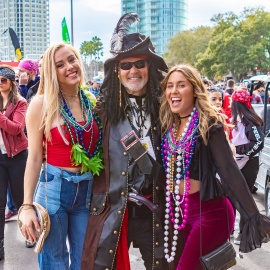 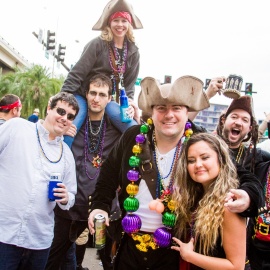 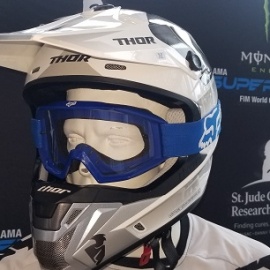 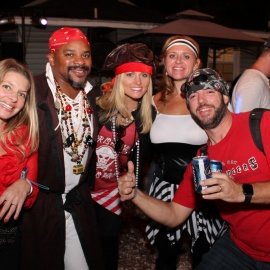