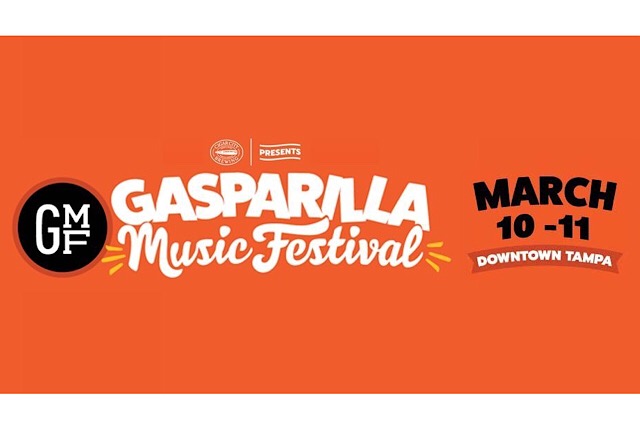 If you haven't purchased your Gasparilla Music Festival 2018 tickets yet, you may want to secure them quickly. The initial lineup for the seventh annual Tampa Bay music festival has been announced, and the top of the bill is sure to pique your interest.

Off the heels of Cage the Elephant's electric set last year, the 2018 festival will be headlined by The Roots. The entire group will be on the main stage in Downtown Tampa, including legendary percussionist Questlove. Indie-rock solo artist Father John Misty will also perform, continuing his Pure Comedy tour, while indie-rock stalwarts Spoon perform as part of their Hot Thoughts tour. Other artists set to perform include Break Science, Eric Tessmer, Imagination Movers, KOLARS, Mondo Cozmo, The Cave Singers, and The War and Treaty. Final lineups and setlists will be released later in January.

The Gasparilla Music Festival takes place Saturday and Sunday, March 10th and 11th at Curtis Hixon Waterfront Park. Early Bird tickets are officially sold out, but Two-Day Advance General Admission tickets are still available. A ticket for the entire weekend costs $60, or you can attend on Saturday only ($40) or Sunday only ($30). A VIP ticket option is available, giving you special entrance into the festival, premium viewing areas, access to VIP tents and bars, air-conditioned restrooms, and three complimentary drinks. VIP tickets are $200 for the entire weekend, $150 for Saturday only, or $100 for Sunday only.

The Gasparilla Music Foundation produces the annual concert while supporting music and education through its Recycled Tunes program. The goal is to create a long-term sustainable event to benefit the area and simultaneously promote local musicians, bands, restaurants and breweries. The festival brings you five stages along Curtis Hixon Waterfront Park and the Tampa Riverwalk, with local food and drink booths adjacent to the action. Cigar City Brewing is the exclusive beer sponsor, and participating local restaurants include Anise Global Gastrobar, Holy Hogs BBQ, Ella's, Ichicoro, and more. With beautiful weather and a fantastic view of downtown Tampa, this festival has become a staple of the Gasparilla season.

Ticket prices will only get higher as the event gets closer. If you're still looking for that special Christmas present to give the music lover in your life, a ticket to the Gasparilla Music Festival in downtown Tampa would be perfect! Stay tuned for more information about this event as it is released, and don't forget to stay up to date on other Things to Do, including the best concerts in Tampa, by subscribing to 813area; as always, it's free!