Watch Canelo vs GGG 2 at GameTime this Saturday, September 15th! 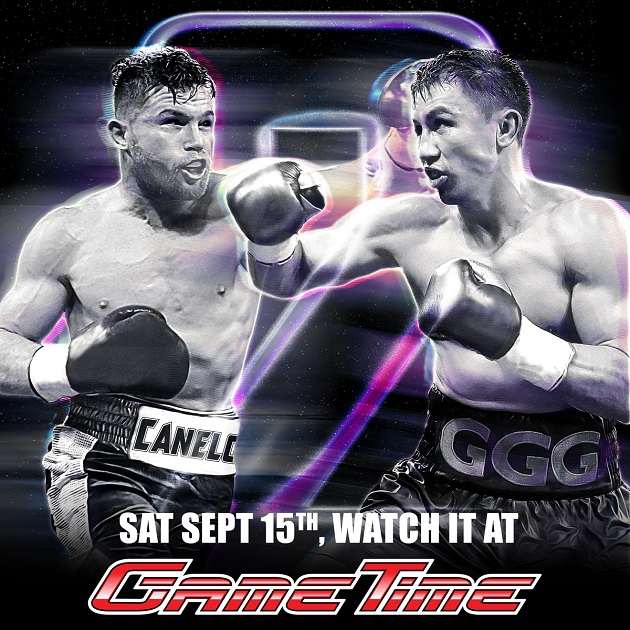 The fight that the boxing world has been eagerly awaiting is just a day away—and what a fight it promises to be: Canelo-GGG Middleweight World Championship, Mexico’s Canelo Alvarez versus Gennady Golovkin of Kazhakstan.

To watch the sparks fly, there’s no better place to watch than at GameTime in Ybor City. With more than 60 HDTVs spread throughout the restaurant and sports bar, you’ll have front row seats to boxing’s epic throwdown. As fans know, the match was meant to have happened May 5, but Alvarez failed a drug test and renegotiated the match date so he could box after his six-month suspension.

Why is this better than watching at a bar? There’s no cover, but there’s also no reservations. It’s first come, first serve, so hurry in to snag a prime spot. Your entire party must be present to be seated, so gather the crew and head over as soon as you can Saturday afternoon.

Enjoy a bite from the variety of menu selections, including appetizers, kids’ meals, salads, build-your-own-burger options and classic sports-watching fare like nachos and chicken wings. As well as beer, there’s an impressive cocktail menu as well.