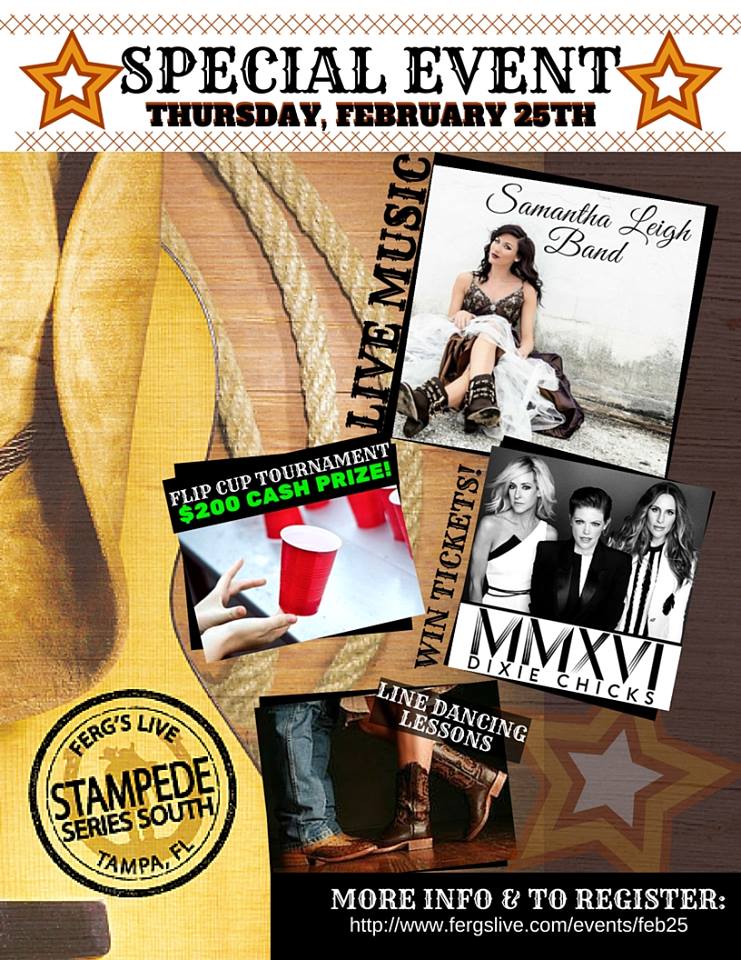 The Stampede Series South, a free county concert series, continues this week with a special performance by the Samantha Leigh Band!  Known for her country-bluesy-rock vocals and funky style, Samantha Leigh performs with her band on Thursday, February 25th at Ferg's Live "Stage in the Sky" from 8 to 10:30 pm. Ferg's Live will also be giving away free concert tickets to see the  Dixie Chicks DCX World Tour MMXVI live at the MIDFLORIDA Credit Union Amphitheatre Friday, August 19th @ 7 pm. The Dixie Chicks concert ticket drawing takes place at 10:30 and you must be present to win.

Growing up in Cleveland, Ohio in a home with a heavy rock and country influence, Leigh's singing career started at a very young age. "I remember stealing my Mom's "Reba" and "Judds" tapes when I was little and putting on mini concerts in my bedroom" says Leigh. Following in her mother's footsteps, she made her debut stage appearance at the age of 3 singing "Crazy" by Patsy Cline with her mother's country band "Buckshot".  Singing became her passion and she continued to enter and win many vocal competitions and talent shows. 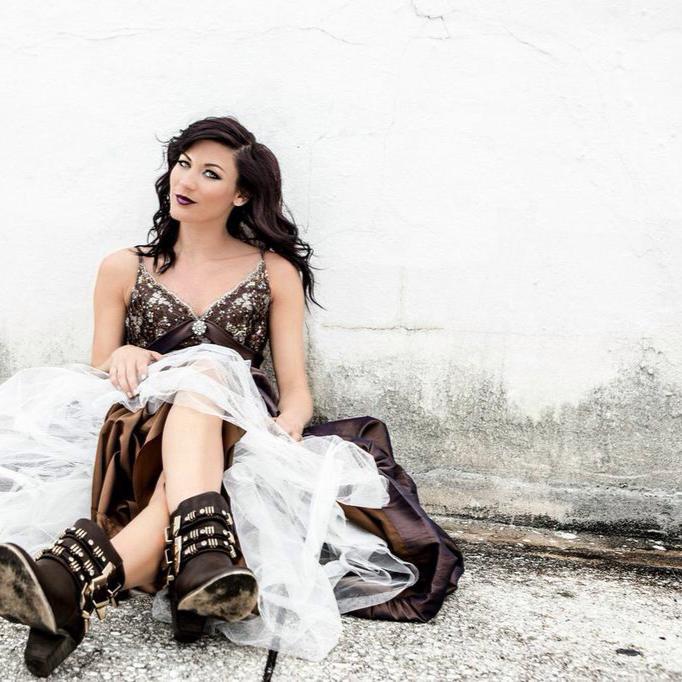 Since her move to Tampa in 2005, Leigh has become a musical force to be reckoned with.  Inspired by Bonnie Raitt, The Judds, Joss Stone and Grace Potter, Leigh's sultry, sexy voice and her funky style have made her a favorite performer on stages all across Tampa Bay. In October 2014, Leigh debuted her new single “Devil in Red Shoes” and swiftly climbed the country charts to #3 on Reverberation.  Leigh has also had the privilege of singing in bands opening for artists Rick Springfield and Brandie Carlisle and has sung back up for artists Mary J Blige and Josh Groban. 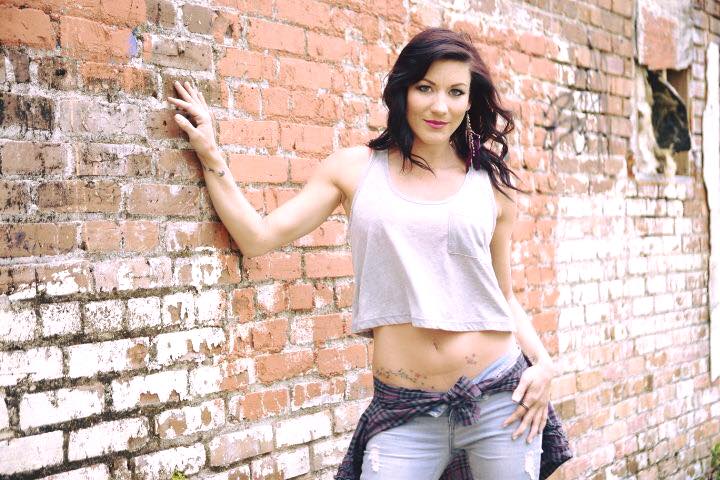 BONUS: stick around after the concert and win tickets to The Dixie Chicks!

Grab your boots, put on a country hat and join us at Ferg's Live this Thursday, February 25th for this FREE event!