If you've followed our Taste Tour of 813 over the past few months, you know we're no strangers to great barbecue all throughout the Tampa Bay area.  Keeping with our rampant craving for and tradition of highlighting this delicious southern cuisine, we visited Johnson Barbeque in Plant City for this week's Taste Tour of 813.

Open for over 50 years and winner of numerous awards, Johnson is nothing short of an institution when it comes to southern, homestyle cooking and good barbecue meals in Plant City.

For being a longstanding local restaurant, Johnson Barbeque has a very chain-y vibe to it which works in terms of efficiency (food served ridiculously fast), but doesn't do much for the drab atmosphere.

The menu comes packed with an assortment of BBQ classics and a handful of inventive selections (BBQ nachos, anyone?) to change up the style.

Fried mushrooms to kick off the meal were neither out of this world nor terrible.  You get a normal ranch dipping sauce and a bbq one which provides a nice savory/sweet taste that coats and contrasts with the mushroom breading fairly well.

It's hard to go wrong with a rack of ribs for the main course. Johnson's come out oddly symmetrical, almost as if they were sliced by a robot.  They pack a massive sweet flavor, but a disappointingly small amount of meat which was a tad tough in comparison to other great, fall-off-the-bone ribs readily available in the area.

Judging from this experience, Johnson Barbeque is a well-versed barbecue joint with a formula that obviously works.  Like everything though, there's always room for improvement. 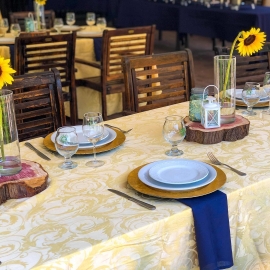 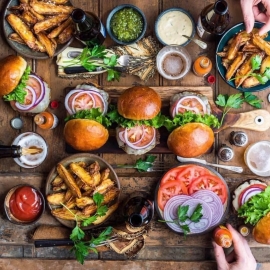 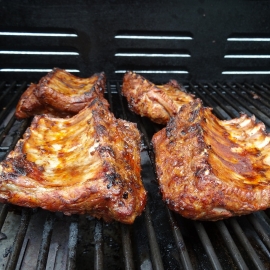 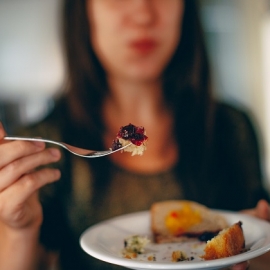 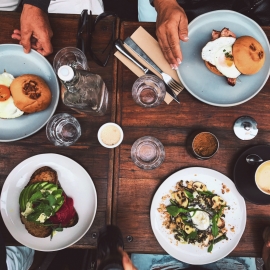 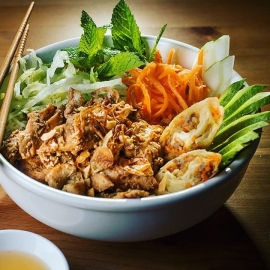