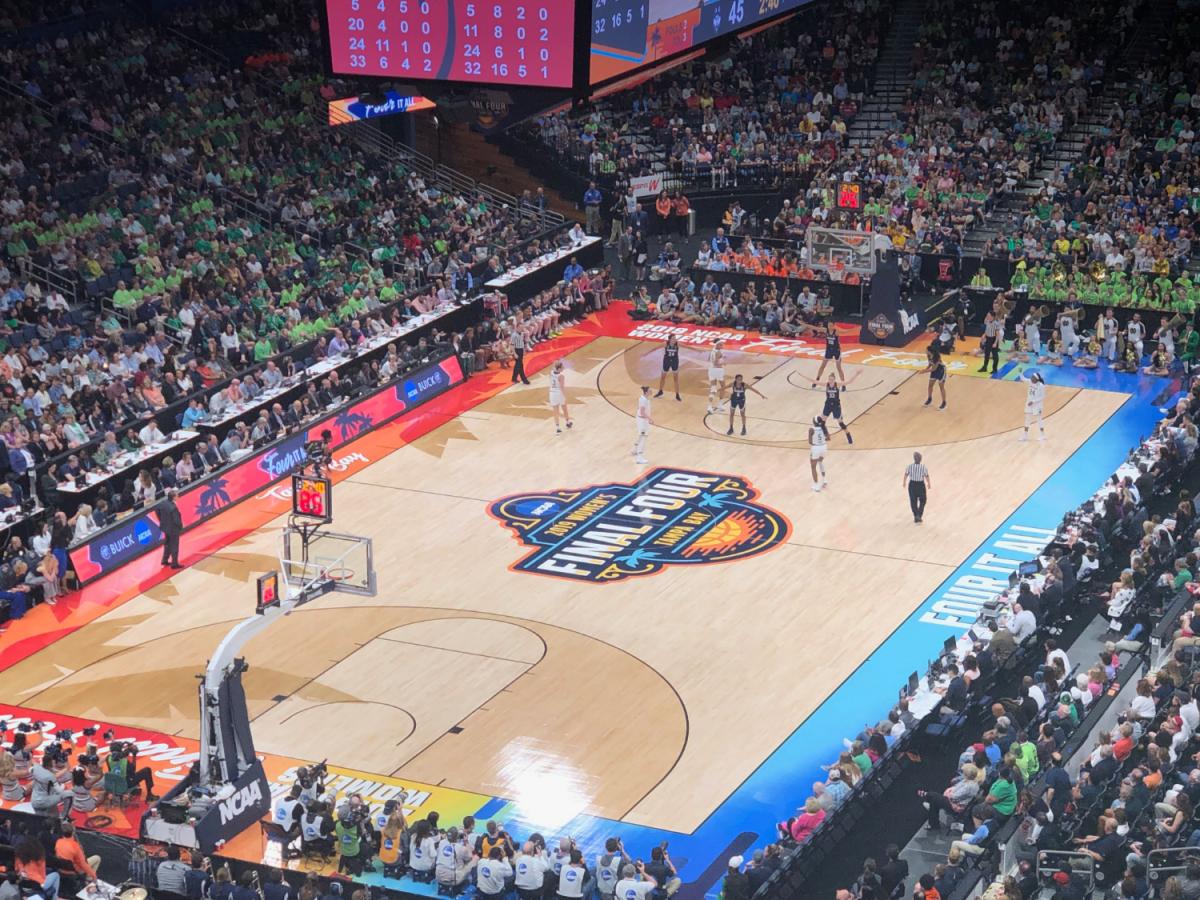 The Baylor Lady Bears and the Notre Dame Fighting Irish, the two top seeded teams in the NCAA Women's Championship, both advanced to Sunday's national championship game at Amalie Arena on Saturday night in Tampa.

Baylor defeated Oregon 72-67 in the early game behind 22 points from senior center Kalani Brown and 21 from junior forward Lauren Cox. Consensus All-American junior Sabrina Ionescu was at times breathtaking for the Ducks, but missed her last seven shots in a 6-24 performance finishing with 18 points. Oregon at times struggled with the size of the Bears, who were an efficient 54.4% from the floor with their larger front court.

"She finally started going to the offensive boards. 'Hey, I'm 6'7", I'm coming in here, you're going to have to stop me' said Bears head coach Kim Mulkey, seeking her third national championship while in Waco. "I tell Kalani all the time, if she ever could just get mean for 40 minutes, she could be dangerous. She's a gentle giant."

"I thought late in the game, we got the ball in the hands of the people that needed to take the shots."

In the nightcap the UConn Huskies fell to Notre Dame for the second-straight season in the national semifinal, this time by a score of 81-76. With the loss, the Huskies are assured of their longest run without a women's basketball national championship since their ring-less streak from 2005-08.

Senior guard Katie Lou Samuelson overcame a slow start to finish with 20 points and six assists in her last game for the team from Storrs. But for the second-straight year she was out-dueled by senior guard Arike Ogunbowale from the Irish, who finished with 23 points, including four free throws to ice it late. Jessica Shepard added 20 points and 13 rebounds for the defending champs, with Brianna Turner also adding a double-double with 15 points and 15 rebounds. Turner missed last year's Final Four with an injury, but might have been the best player on the court tonight.

"I thought Brianna Turner was absolutely outstanding on defense," said Notre Dame head coach Muffet McGraw, seeking her third national championship as well. "So proud of her. She really single-handedly kept us in the game the first half. She had so many key blocked shots."

"Arike in the second half did what Arike does. She had some huge screens, made some great plays, and then free throws down the stretch."

Tip-off for the title on Sunday is set for 6 p.m. For tickets, check out MyArea Network's ticket page for the best seats available!

For more sports coverage in Tampa, check out 813area. And be sure to register, it's free!