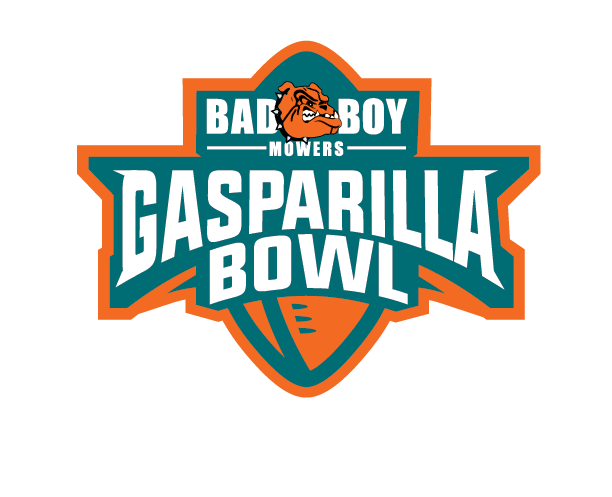 For the first time since the annual post-season college football game initially welcomed teams to compete at St. Petersburg’s Tropicana Field in 2008, fans will now gather in the stands of another venue.

Officials recently announced that Raymond James Stadium is adding the Bad Boy Mowers Gasparilla Bowl to its event list, which will be broadcast on ESPN. No stranger to college football, Ray Jay has hosted the USF Bulls and the New Year’s Day Outback Bowl, plus the coveted 2017 College Football Playoff National Championship.

This new match-up seems well suited for both partners since the Tampa multi-purpose football stadium is already outfitted with its own cannon-toting pirate ship, making it a perfect fit with the swashbuckling-themed history of the Gasparilla name.

What was formerly the MagicJack St. Petersburg Bowl has attracted an interesting roster of sponsors over the years, including a brief partnership with Bitcoin. Eventually, it dropped its destination monicker of St. Petersburg to branch out as the latest member of the Gasparilla event family tree.

The Gasparilla Bowl joins the well-established line-up of Gasparilla-related events that include the annual children's parade, the more adult-oriented pirate invasion and parade, a music festival, international film festival, a juried, outdoor art festival, a weekend of running events for elite athletes to those who run for fun and more.

Attaching such a well-branded name as Gasparilla to a football game gives the event a more regional feel and wider outreach. And there will still be plenty of pre-game activities that are open to the public and will take place on both sides of Tampa Bay prior to the game day kick-off, so the entire community will still be part of the festivities.

Tickets are not yet on sale but fans can keep checking online to see which teams from the American Athletic Conference and Atlantic Coast Conference or Conference USA will be battling in the new Gasparilla Bowl.

And it means locals can start dressing up and talking like pirates earlier than ever since the game is played Thursday, Dec. 29, at 8 p.m. That is well before the mid-January kick-off events for Gasparilla begin.

Looking for more great ways to enjoy sports events happening throughout Tampa Bay? Simply register at 813Area or 727Area. It's easy and free!