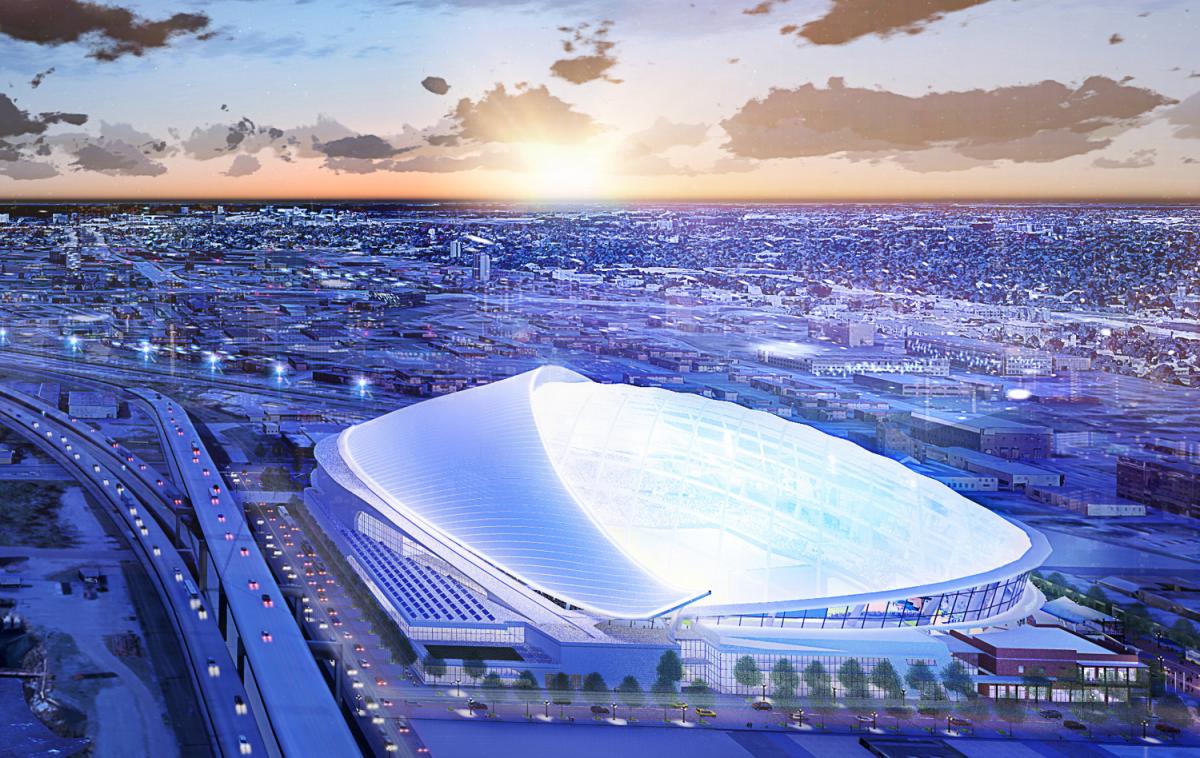 At a press conference inside the Italian Club in Ybor City on Tuesday, the Tampa Bay Rays announced their plans for a new stadium at the corner of Channelside Drive and 4th Avenue, acting as a link between Ybor and Downtown Tampa. The Rays' goal would be to move into the new Tampa stadium in time for the 2023 baseball season.

The Rays' stadium would be much more than a baseball field. While it will remain a hometown ballpark, the plans are both innovative and sustainable, marking a potential model for stadiums of the future.

“We want it to be as flexible as possible. We don’t know what the future’s going to hold," said Rays owner Stuart Sternberg. "I look at it as a baseball first, second, third, and fourth facility that has the ability to hold other events. Whether it’s small football games, decent-sized soccer games, lacrosse, a non-sport event, or e-games, who knows what the future’s going to bring?" 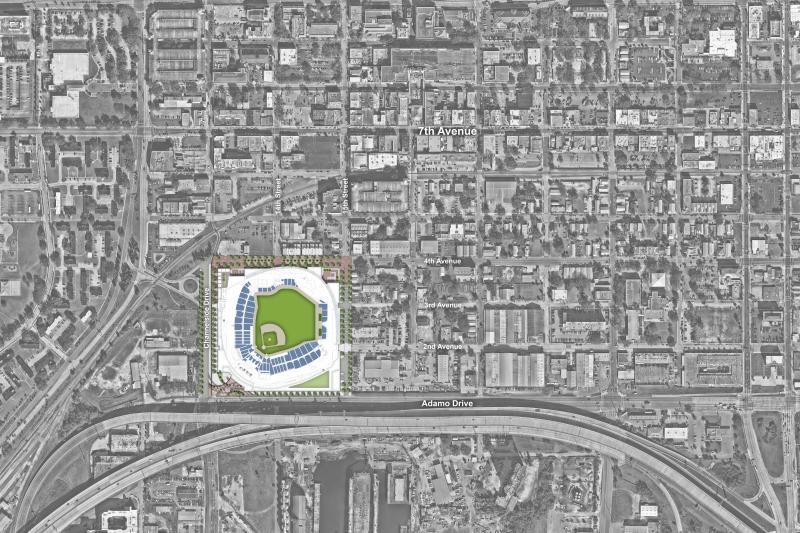 The stadium plan is designed to be an elegant, economical, and efficient year-round facility which blends into the neighboring communities. Splash pads, restaurants, and shopping will line the streets around the ballpark. The Rays also announced plans for a wellness facility, community kitchens, and event spaces incorporated into the park to benefit the community. According to Joe Spear of Populous Architecture, the firm in charge of this mindful design, 4th Street would become the Yawkey Way of Tampa, mirroring the gathering point and hub of activity outside Boston's Fenway Park.

A main principle of the project was to make the park site sustainable. The Rays plan to have state-of-the-art electronic controls and over 200,000 feet of solar panels, while also focusing on minimizing waste and being environmentally friendly.

Because of Tampa’s unpredictable weather, the roof was a question on everyone’s mind this morning before the conference began. To increase customer comfort and make sure every game can be played as scheduled, the ballpark will have a fixed, translucent roof so it can remain air conditioned and covered in the hot and stormy summer months. Though some, including Sternberg, were partial to an open-air stadium, the weather in Tampa is not reliable enough in the late afternoon and early evening, when most baseball games begin. 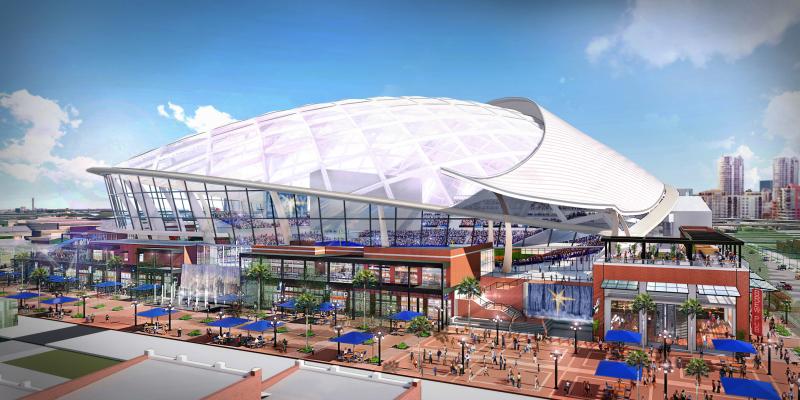 However, the stadium design does have sliding glass exterior walls behind home plate and center field. They will provide sweeping views of Ybor City and the downtown skyline, and they can be opened to allow fresh air and more light into the stadium when the weather is nice.

“The element that didn’t come across well enough in the presentation: The openness in center field and behind home plate,” said Sternberg. The center field vista measures 90 feet high and 140 feet wide. Sternberg described both walls as, “French doors, in a way, looking out over Ybor or the skyline of the city.” 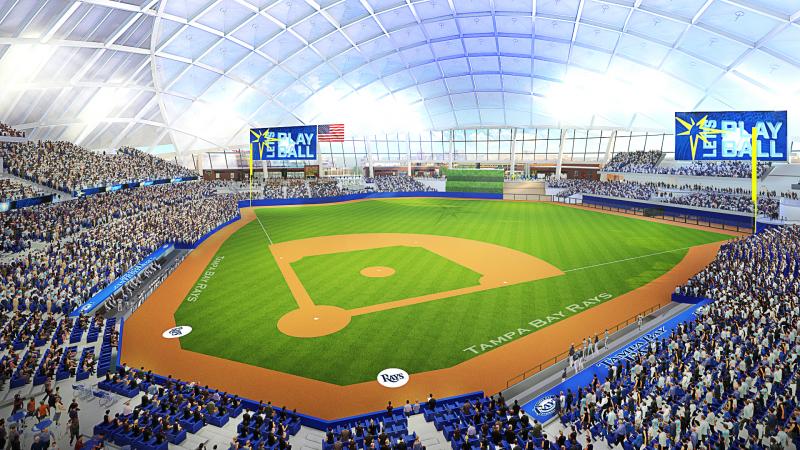 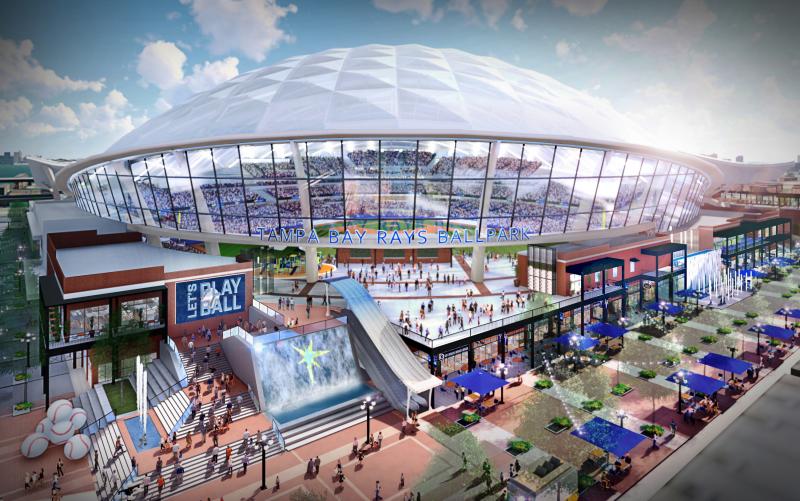 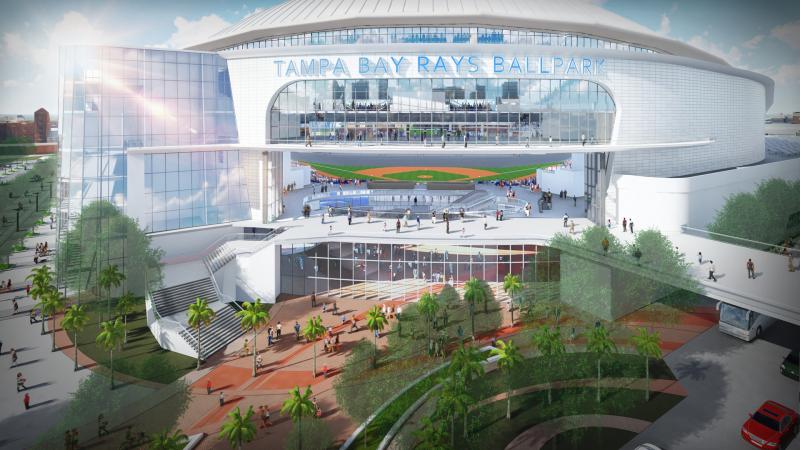 The stadium is being designed with 17 unique seating areas, and more than 20 viewing platforms and gathering spaces to give fans plenty of choices to experience the game. There will be just over 28,000 fixed seats, and a total capacity of 30,416, making it the most intimate park in the major leagues. (In its current configuration, Tropicana Field already has the smallest seating capacity in the majors, with 31,042 seats.) The Rays plan to build a 1,000-space parking garage and pedestrian walkway next to the stadium, and also noted there are currently over 10,000 parking spaces within a 10-minute walk of the site. Fans could also park in downtown and use the TECO Line Streetcar System to reach the stadium.

The total cost of the Ybor stadium project, including the infrastructure, is estimated at $892 million. While the Rays are working on funding options, they weren't ready to discuss how to pay for the stadium at Tuesday's press conference. The Rays only have until the end of this year to notify the city of St. Petersburg if they are leaving Tropicana Field before their lease expires in 2028, so a solution will be needed sooner rather than later.

As long as the money is there, the Rays look to have designed a stadium to break the mold -- a true community asset and mixed-use facility that will do much more than host baseball games. 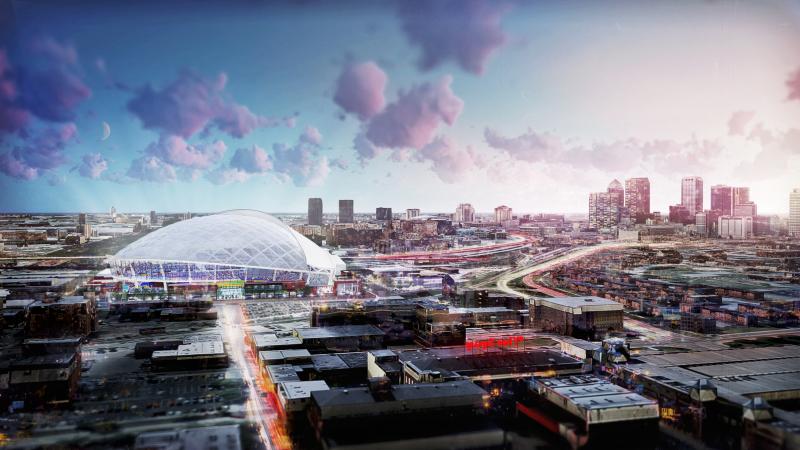 For more information on real estate or sports inTampa Bay, check out 813area, your free guide to everything local! 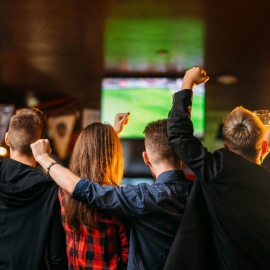