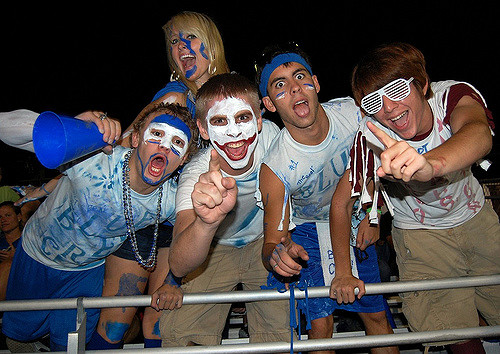 Before the USF Bulls and the Tampa Bay Bucs start their 2018 campaigns it’s time for the high school teams to officially kick off the 2018 football season. As always the Tampa Bay area is loaded with quality teams that will contend for a state championship and talented players that will eventually play on Saturdays and possibly Sundays.

1. Plant Panthers – A lot of talent, a new yoga regimen, and the most promising quarterback prospect the program has had since Aaron Murray.
2. Tampa Bay Tech Titans – The front seven is strong and running game will take pressure off a first-year starter at quarterback.
3. Armwood Hawks – Despite losing a lot last year, the Hawks defense should be solid. Offense has a lot of young talent, but will need seasoning.
4. Jesuit Tigers – The defense should be great again and if the Tigers can run the ball, they will scratch out a lot of wins.
5. Chamberlain Chiefs – There are a lot of weapons on offense, keep an eye on the Chiefs as the season goes on.

1. Largo Packers – An explosive passing game and a friendly schedule should put the Packers in a good position for the postseason.
2. Pinellas Park Patriots – Pound-for-pound it’s hard to find a team tougher up front and now they’ve got some big-time athletes.
3. Clearwater Central Catholic Marauders – Lots of returning skill and experience from a state semifinalist in 2017.
4. Lakewood Spartans – The Spartans did it with running and defense last year, this year they should be a little more explosive.
5. Clearwater Tornadoes – Offensively the Tornadoes will light up the scoreboard, they just have to put out similar effort on defense.

The Games To See

The Players to Watch (listed in alphabetical order)

It’s always important to start the season off with a bang – something that gets the people thinking and could maybe set the tone for what to see over the next four months.

So I’m going to come out of the gate swinging and pick my first upset of the season.

The Tampa Bay Tech Titans have been inching closer to the Armwood Hawks over the past few years and finally got a victory, of sorts, against them in the spring game. Hillsborough County only plays a half during the spring but it was enough for Tech to gain confidence and start the official regular season with a bang.

And for more on sports in Tampa Bay, come to 813area, your free guide to your favorite city!