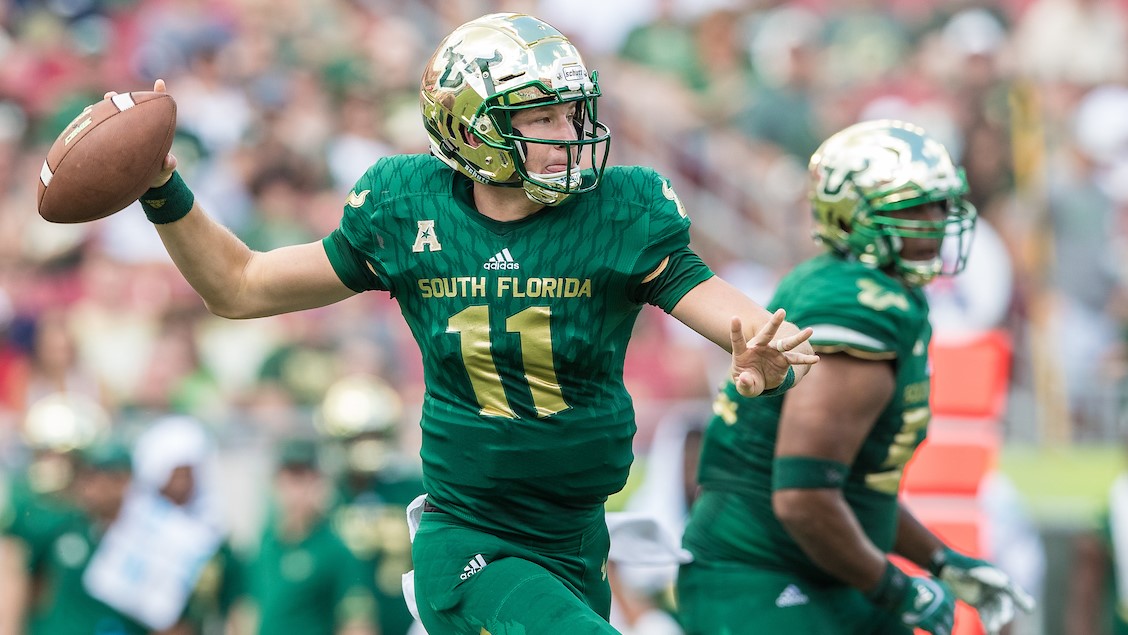 The USF Football team, fresh off of a 7-6 season that had its share of highs and lows, will kick off 2019 with a nationally televised Friday night battle against Big Ten power Wisconsin at Raymond James Stadium.

It will be the second time the Bulls have hosted a Big Ten opponent in program history, as the Bulls beat Illinois 47-23 in 2017. In 2014, Wisconsin earned a hard-fought 27-10 win over USF at Camp Randall Stadium in Madison.

Wisconsin is the centerpiece of a pretty ambitious non-conference slate for the Bulls that includes the second half of a home-and-home agreement with Georgia Tech on September 7th, and a homecoming date against BYU on October 12th. See Danny White, it’s really not hard to put together a respectable non-conference schedule if you really want to do it.

As far as schedules go, this is a pretty good one. Wisconsin is a heck of an opener and should be the largest crowd of the season as the Badger fans travel well and are no stranger to Tampa from playing in the Outback Bowl approximately 130 times.

An early September weekend in Atlanta? Sign me up! The game against the Yellow Jackets and former AAC coaching foe Geoff Collins might not be pretty, but believe that Bulls nation will make themselves known in A-town. If the NFL schedule people love us, they will have the Bucs open up against the Falcons on Sept. 8 to make it a true football weekend for Bulls-Bucs fans.

A trip to Annapolis in October is never a bad thing either. The perfect fall weather will be a nice break and anytime you can hear the full United States Naval Academy Band play “Anchors Aweigh” it’s a good day.

USF Football doesn’t have to leave the state in November, and with three straight home games to start the month a push for a bowl game and division title contention shouldn’t be out of the question.

For more sports coverage in Tampa Bay, stay here at 813area. And be sure to register: it's free!