The contest marks the fourth all-time meeting between the Gators and Bobcats and the first since facing each other in the first round of the 2005 NCAA Tournament. Florida owns a 2-1 lead in the series.

Entering his first season with the Gators, new head coach Todd Golden arrives in Gainesville after three successful seasons at the University of San Francisco, where he posted a 57-36 record and an NCAA Tournament berth in 2022. He’ll lean on a set of talented seniors during his debut season with the Gators, including All-SEC performer Colin Castleton, CJ Felder, Myron Jones, and Kyle Lofton.

Jeff Boals returns for his fourth year with the program after guiding the Bobcats to a 25-10 record and second-round appearance in the CBI Tournament. The Bobcats’ 25 wins were their most in a single season since 2013-14 when they also won 25 contests. Ohio returns Miles Brown as its lone returning starter but welcomes a trio of talented freshmen, including Orlando native AJ Brown. 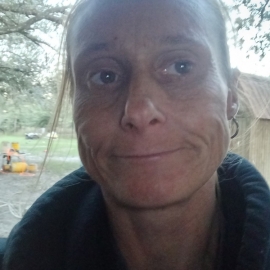 Andra Boecelli in Concert for Valentine’s at AMALIE Arena