This six-hour event, from 4 to 10 p.m., will draw residents from Tampa and surrounding cities to the Uptown/University Area for music and art to benefit the programs and services of University Area CDC.

Headlining jazz artists featured will include:

• Kim Waters- Saxophonist Kim Waters has made a career of writing timeless anthems with insatiable grooves, undeniable hooks and memorable melodies that combine the best of jazz, R&B, funk and soul. This formula has catapulted him to the top of the charts time and time again and has made him one of the biggest selling saxophonist to date.

• Jose Valentino -2019 Latin Grammy Award Winner, for nearly two decades, José Valentino has managed an exhilarating, versatile, and cutting-edge career as he has redefined the concept of a music entrepreneur and is one of the world's sought-after performers as he gives high-energy performances in the styles of jazz, Latin jazz, funk/fusion, pop, R&B, world music, and singer-songwriter.

• Jazmin Ghent -Jazmin Ghent is one of the hottest national smooth jazz and gospel recording artists today. She was voted "2017's BEST NEW SMOOTH JAZZ ARTIST" and was awarded the prestigious "2019 NAACP IMAGE AWARD" for Outstanding Jazz Album "The Story of Jaz." Jazmin has three Billboard topping singles: "Work Wit It," “Heat” and “Compared to What."

• Nathan Mitchell – Mitchell is a 2020 NAACP Image Award Smooth Jazz Artist Nominee. The passion and essence of his music has penned his name in the hearts of fans worldwide. This Billboard vocalist, songwriter, producer, and multi-instrumentalist is known best for his showmanship, unique talent, enthusiastic energy, and funk as a collaborator with Grammy ® winning, nominated, and Billboard artists.

• Tim George- Bassist Tim George was raised in Manhattan, Kansas where he began playing the drums at age six but was always drawn to the sound of the bass. Some of the artists with which he ha 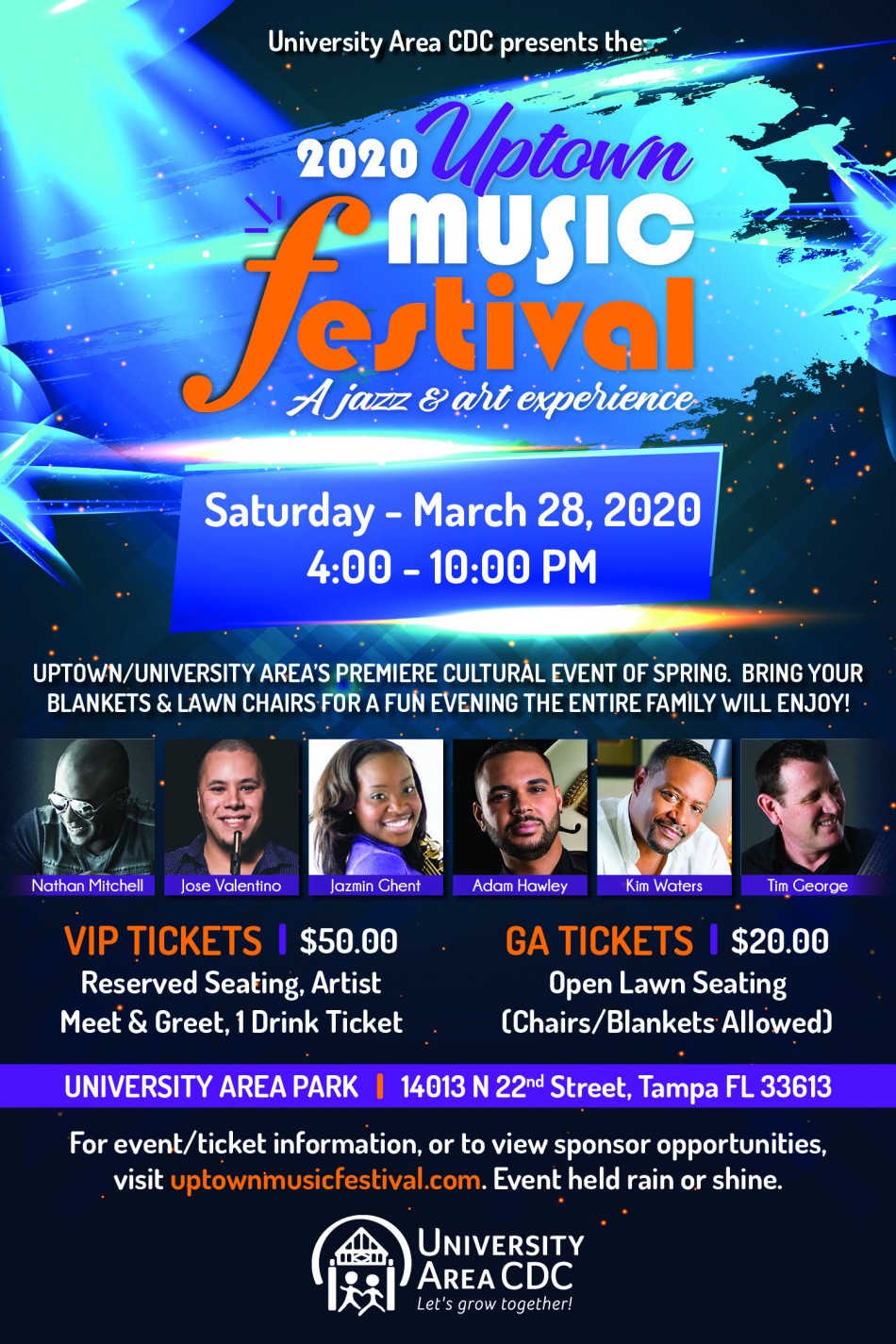 Are You Attending this Event? I'm Interested
Jorge
Vannessa
Lisa

Say Something or Ask a Question Add Photos