Tommy Bell is a stand-up comic, writer, and a producer of comedy and music shows. Currently, he performs throughout the state of Florida & hosts his own "You Can't Be Serious" Comedy Show at various venues. He's also performed extensively all over New York City in such venues as EastVille Comedy Club, Comic Strip Live, Broadway Comedy Club & Stand-Up New York.

Bill "Bull" Ohse has been performing in comedy clubs throughout Florida as well as corporate events and comedy festivals Nationwide since 2002. He was on NBC's Last Comic Standing in 2011 and is a member of the non for profit organization: COMICS REACHING OUT. 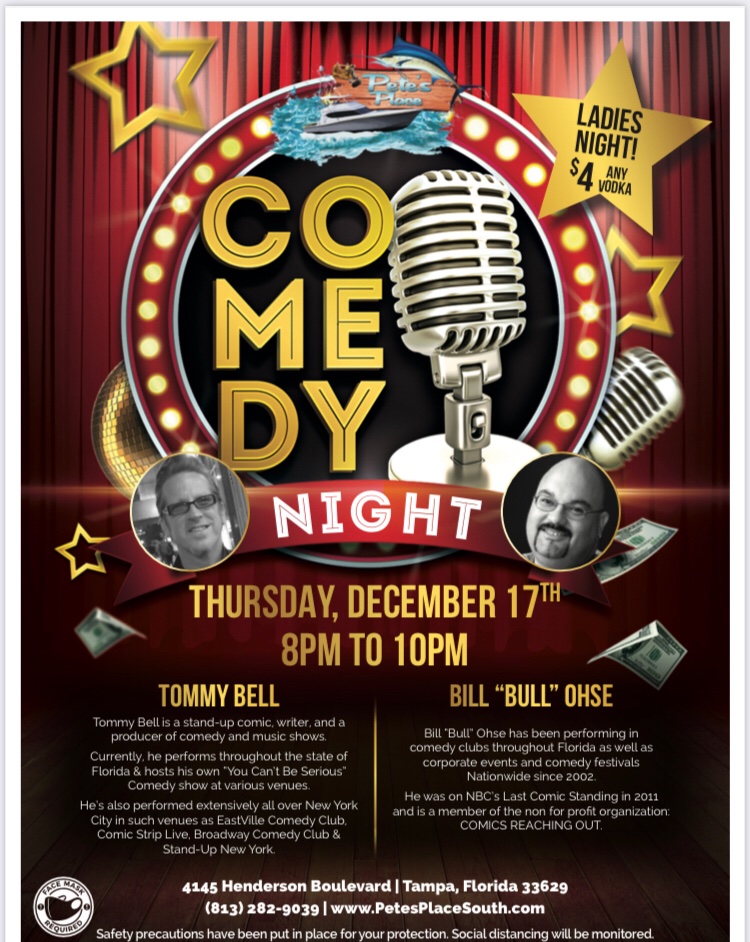 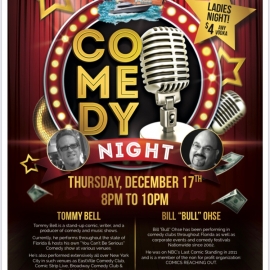 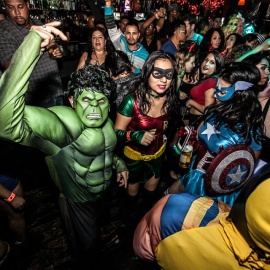