So, what happens when cruise ships get so big that they can't fit under the Skyway Bride and, in turn, the Port of Tampa anymore?  Well, that's one question that's staring Tampa officials in the face right now, and they need an answer sooner than later.

The Sunshine Skyway Bridge, which links the south end of the Pinellas peninsula to South Florida, bridges the channel that cruise ships use to enter Tampa Bay and the Port of Tampa.

The problem now is that modern cruise ships are being built too tall to pass under the Skyway Bridge leaving access to the port impossible.  This could be a huge blow to the growth of Tampa's cruise industry.

Port of Tampa officials are now flirting with the idea of building a multi-dock port beyond the Sunshine Skyway that could accomodate this new generation of super-massive cruise ships.  The port would be located on the Gulf of Mexico side of Pinellas County and take the prospect of travelling under the Skyway out of the equation for this big ships.

Changes in the cruise ship industry mean these massive ships that can hold over 5,000 passengers (compared to the 2-3,000 norm today) could become a regular staple in many company's fleets.

When it was first built, it seemed like the 182.5 feet between the water and the bottom of the Skyway would never be a problem for cruise ships.  Now, not only will this new generation of megaships not be able to cruise under the bridge, they also can't fit between the two side of the Sparkman Channel beneath it.

So far, discussions of the Pinellas port have been very preliminary.  Once approved, a project like this would take at least five years to implement.  Whatever is decided, Tampa needs to do something to solve this newfound port problem. 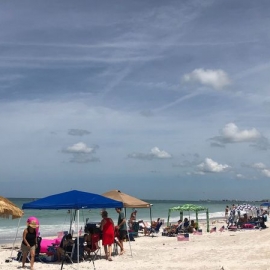 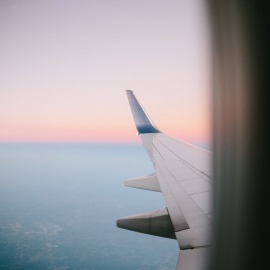 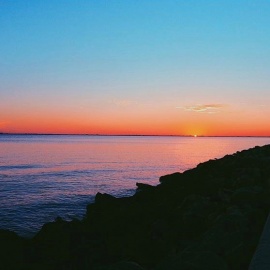 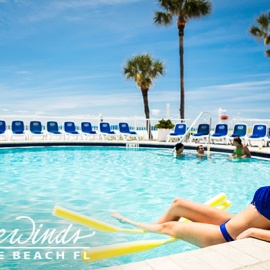 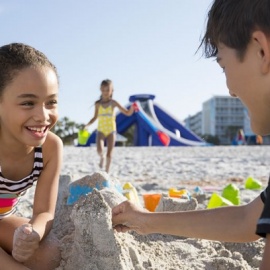 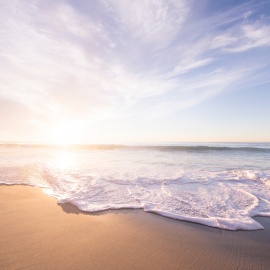