Find a Job or Staff Your Team

Attending Interested
Reddit has new update
3 hours ago Breaking lease with McKinney
Hey, I have been in Tampa for about 6 months for a job. Last month I got tired of staying in extended stays and got an appartment in west shore a 1 year lease and a 2x month rent penalty for breaking it. I just got fired and will have to break lease... Any tips on what I should do, how I should go about getting them to waive the fee? Thanks. submitted by /u/Mustafa_Mond_ [link] [comments]
Nicholas Day
Article 2 days ago Enjoy The Best Pepperoni Pizza in Tampa
Like Comment

Reddit has new update
8 hours ago Harry Styles Ticket
I have 2 Harry styles tickets for sale, DM me! Oct 10th Section 322 Just want the money back will sell for original price can send proof tickets. Thank you :) submitted by /u/IllustriousArrival46 [link] [comments]
USF Oracle has new update
9 hours ago Bulls ‘rattle’ Florida A&M for first win of season
The USF football team picked up its first win of the season in convincing fashion Saturday night, defeating Florida A&M 38-17 in front of 29,475 fans at Raymond James Stadium. Not only is it the first win in over a year, it’s also USF’s 100th all-time home win. “It’s been […]
813area has new update 9 hours ago USF Football Beats FAMU 38-17
Morgan Tencza/The Daily Stampede 371 days later... For the first time in 371 days the South Florida Bulls put a mark in the win column as USF knocked off the FAMU Rattlers 38-17 on Saturday night at Raymond James Stadium. True freshman Timmy McClain got the start for the Bulls and threw for 163 yards on 12-of-23 passing, and added another 51 yards on the ground. He connected with wide receiver Xavier Weaver for a nine-yard touchdown to give USF a 17-3 lead in the second quarter. It was McClain’s first career passing touchdown, and the Bulls first passing score of the year. Running back Jaren Mangham scored three times for the Bulls to help pace USF in the win. He now has five rushing touchdowns on just 20 carries so far this season. He had five touchdowns on 130 carries while at Colorado. Fellow running back Brian Battie added 110 yards rushing on 10 carries, including an impressive 42-yard run in the second half. It’s Battie’s second 100-yard rushing game in his last four games (C. Florida in ‘20). USF took a 24-3 lead into halftime, but could extend the lead in the second half as injuries, and sub-optimal defense let the Rattlers hang around. FAMU racked up 271 yards in the second half, including 139 on the ground after being held to -7 yards rushing in the first half. Give the USF defense credit, a lot of the Rattlers yards in the second half were of the empty calorie variety. The Bulls (1-2) still have a lot to work on, but it’s a step in the right direction. Next task is beating an FBS team for the first time since October of 2019. They’ll have a shot next week when they travel to BYU in Provo, Utah. USF will fly to Utah on Thursday after practice. Notables Wide receivers Latrell Williams (knee), and Bryce Miller (Ankle) got hurt and didn’t return. Head coach Jeff Scott is worried about Williams’ knee. Wide out Xavier Weaver collected five receptions for 77 yards, and a score. He has set a new career-high in yards in a season with 218 yards. Auburn transfer Matt Hill led the team with eight tackles. USF 3-for-15 on third downs. They were 2-for-9 on third and short (1-4 yards). 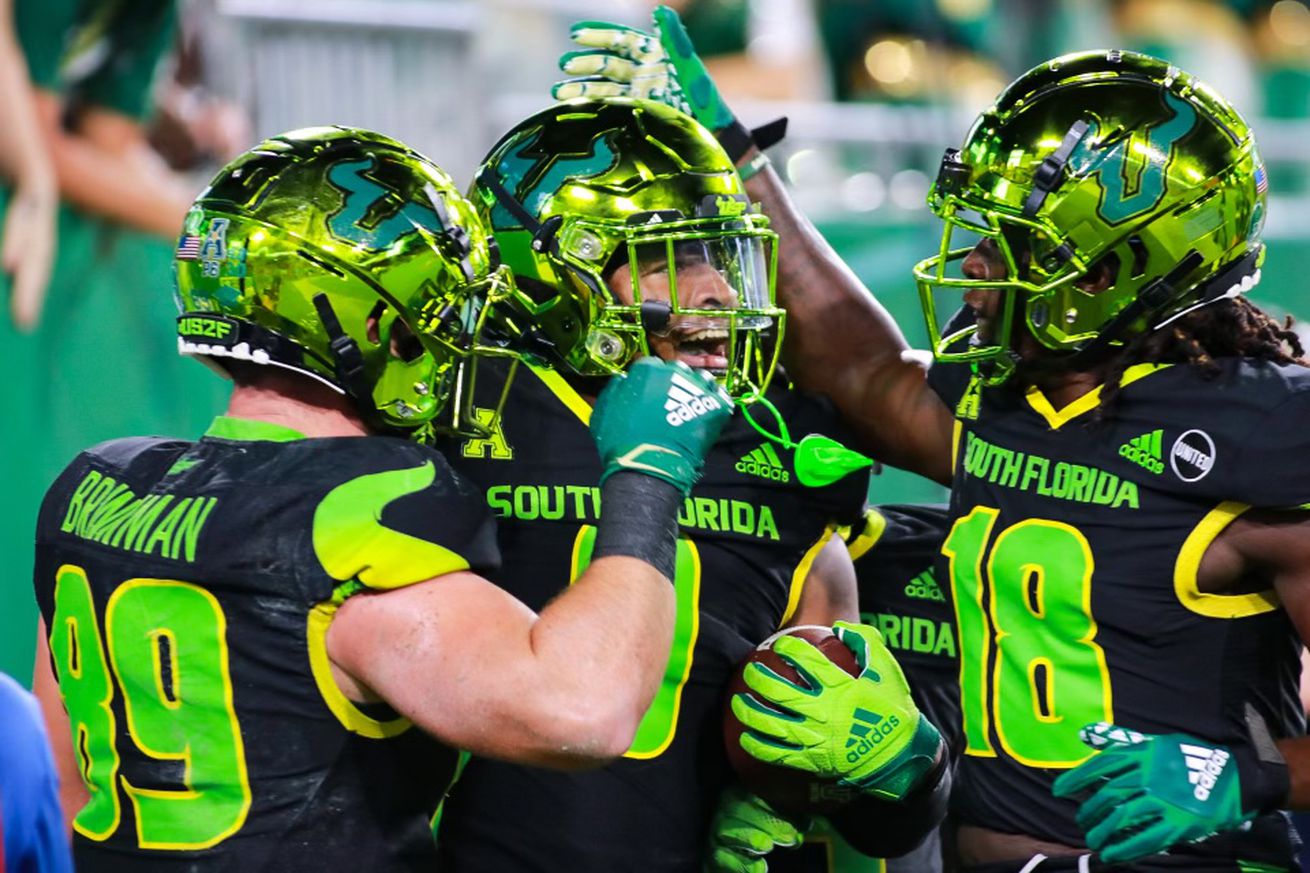 Jon Smith Subs has added new photos on Jon Smith Subs Lutz
2 days ago
Treat yo'self to a Steak Bomb Combo today. Get that sirloin steak, add some grilled onions, peppers and mushrooms. Throw on some bacon, tomatoes and provolone. Top it with mayo and oooh boy! You've got something incredible.

One of the best places to live in Downtown Tampa! Right about Crunch, these apartments in Tampa have been one of my favorite rentals.

Pets about Town 1st Sunday of every month 4:00-7:00pm
bring those pups out for Sunday Funday!
Karoake now starting at 10pm!