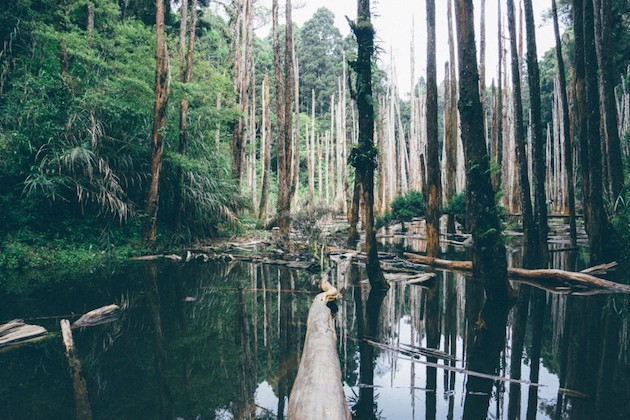 The U.S. National Park Service preserves our country's most scenic, majestic, and delicate natural treasures. Florida has 11 parks, monuments, and preserves in the National Park System. And that means most of them are close enough to make a day or a weekend out of your visit. And it's always a great time to visit any of the National Parks in Florida!

The National Park Service is also currently offering an annual pass to its 2000+ sites for adults 16 years and up (children 15 and under are always free). With the America the Beautiful pass, priced at $80 per year, you get free admission to National Park and wildlife refuges, as well as waived amenity and day use fees at national forests and grasslands. For sites with a per-vehicle fee, the pass covers admission, amenity fees, and day use fees for everyone in the car. While many sites in Florida's National Parks are free, it's still a fantastic deal if you're planning to visit National Parks in Florida or anywhere else across the country, or if you plan to visit a site with fees frequently.

Here are all 11 of Florida's national parks, monuments, and preserves. We'll start with the closest one to home and gradually move further away.

Not to be confused with Fort De Soto Park at the bottom tip of Pinellas County, which was named after the explorer who arrived at the south end of Tampa Bay some 350 years before the fort was built. The De Soto National Monument in Bradenton marks the approximate place where Hernando De Soto's exploration of the west coast of Florida began in 1539. De Soto National Monument offers ranger-led kayak tours, a visitor center, theater, summer camps and fishing camps for kids, and other events such as an annual reenactment of De Soto landing at the site. The park is open every day except New Year's Day, Thanksgiving, and Christmas, and admission is free.

In stark contrast to most of the beaches on the Atlantic coast of Florida, lined with hotels and high-rise condos, Canaveral National Seashore near Titusville is an untouched piece of oceanside paradise. Relax and walk along the beach, set up at one of the park's 25 campsites, or go hiking in the backcountry. You can also sign up for ranger-led outings where you can observe nesting sea turtles, explore Mosquito Lagoon by kayak, or stare up at the night sky in winter. The park even stays open during rocket launches from the Kennedy Space Center, giving you a perfect place to watch liftoff if you plan ahead. If you can't get to all the National Parks in Florida, this one is can't miss for anyone that loves the beach. Entrance to Canaveral National Seashore is $10 per vehicle. The park opens early (6:00 a.m.) and it can be temporarily closed to new arrivals if it fills up on busy days.

There's almost no end to the fun you can have at Everglades National Park, the largest subtropical wilderness in the United States. Hiking, camping, canoeing, kayaking, boating, fishing, and bicycling are just a few of the adventures available at this World Heritage Site, with entries on either side of the Tamiami Trail and Interstate 75. You can also take a guided tour from a boat, a tram, or even an airboat! Ranger-guided programs start from the Flamingo, Gulf Coast, Royal Palm, and Shark Valley sections of the park, with more events available during the peak season (December through March). The entrance fee to Everglades National Park is $25 per vehicle, and your admission is good for seven consecutive days. You can also buy a $40 annual pass specifically for this park.

This 729,000-acre section of the Florida Everglades helps protect the massive swamps and estuaries that make up the southwest edge of the state. There are plenty of things to do at Big Cypress National Preserve -- bicycling, bird watching, camping, canoeing, kayaking, hiking, and even hunting. Ranger-led activities are available during the winter and early spring before the humidity and the mosquitoes get too bad. If you like off-roading, you can pay $100 for an annual license to ride through vehicle trails. Entrance to Big Cypress National Preserve is free, though there is a fee for camping and you may have to pay for some facilities to help with upkeep of the park.

At a park that's actually 95% water, the aquatic activities are limitless. Visit the Dante Fiscell Visitor Center as your jumping off point for boating, kayaking, fishing, and canoeing. Biscayne National Park's Maritime Heritage Trail offers six shipwrecks for snorkelers and SCUBA divers to explore, with sunken boats of various ages and sizes waiting for you to dive in and explore. You can also reach a pair of islands by boat for camping -- Boca Chita Key and Elliott Key. There are no fees to visit the park -- the only expenses are for camping permits or to rent the Boca Chita pavilion.

As by far the most remote of Florida's National Parks, the only ways to reach this remote location are by boat, ferry, or seaplane. Once you figure out how to get there, visit giant Fort Jefferson, designed to protect the entire Gulf region from invading forces in the 19th century but neither completed, fully armed, or particularly needed. Dry Tortugas National Park is a paradise for divers and snorkelers, with plenty of reefs and shipwrecks to explore such as Little Africa and the Windjammer Wreck off Loggerhead Key. You can also kayak or paddle around the entire park, swim in the waters of Garden Key, or set up for camping. The fee to visit Dry Tortugas National Park is $10 per person, plus the expense required to get there if you don't have your own boat. Campsites are $15 per site, or $30 per group.

One of the oldest of Florida's National Parks, Castillo de San Marcos was completed in 1695 as a Spanish military outpost (no one is quite sure whether to call it a fort or a castle) to protect the city of St. Augustine. Not long after in 1702, it withstood its first test by housing the town's Spanish residents during a two-month siege by British and Indian forces. The soft coquina rock, with its millions of microscopic air pockets, protected the holdouts inside by absorbing gun and artillery fire that would have blown apart different kinds of stone. Castillo de San Marcos made it through another siege in 1740, and now it stands as a monument to Florida's turbulent colonial history.

Fort Matanzas, on the opposite end of St. Augustine, was built as a response to the 1740 siege, when British Governor James Oglethorpe attacked the city from the south, bypassing Castillo de San Marcos. Oglethorpe tried to return in 1742, shortly after the fort was completed, but was repelled by Spanish forces. This was the only time Fort Matanzas was under fire, and it peacefully passed between Spanish, English, and American control in the 18th and 19th centuries. But the fort slowly deteriorated until a restoration project in the 1930s turned it into a monument.
Why are these listed together? It's because right now you can't get to Fort Matanzas. You can only reach the site by ferry, and the receiving dock was badly damaged by Hurricane Irma. However, you can still enjoy the Fort Matanzas Visitor Center. Once the dock is repaired and operational, you can get free ferry passes at the visitor center, with hourly departures between 8:30 a.m. and 4:30 p.m. Castillo de San Marcos is still fully accessible, and admission is $10 per person.

With 46,000 acres of wetlands in northeastern Duval County, the Timucan Ecological and Historical preserve offers great diversity. Inside Theodore Roosevelt Area offers visitors five different Florida ecosystems in one hike, from large grasslands to massive piles of discarded oyster shell. The Ribault Club is a recently restored golf club from the 1920's, and you can tour its home of Fort George Island via either hike or Segway. You can also take in the park by kayak by bringing your own or renting from the onsite vendor. It's a wonderful way to experience everything available with plenty of ingress and egress for smaller seacraft.

Just northeast of downtown Jacksonville, the Timucuan Ecological and Historical Preserve is a rare piece of wilderness hidden inside a major city. Within this preserve is Fort Caroline National Memorial, marking the short-lived presence of the French in northeast Florida, their battles with Spanish forces, and the Timucua Indians who watched it all happen. Other attractions at Timucuan include Kingsley Plantation on Fort George Island, the Theodore Roosevelt Area for hiking and exploring, Cedar Point, and the sand dune at American Beach, a vacation destination for African-Americans during post-World War II segregation. All the attractions at Timucuan are free, but most are only open during daylight hours -- check ahead before visiting.

The Gullah/Geechee collection of sites stretches from Wilmington, North Carolina, down along the Atlantic coast to Jacksonville and St. Augustine in Florida. Kingsley Plantation in the Timucuan Ecological and Historical Preserve is a part of the corridor, as are Fort Mose National Historic Landmark, the Lincolnville Historic District and Lincolnville Museum in St. Augustine; plus the Red Bank Plantation House in Jacksonville.

Some of the world's most beautiful beaches make up this linear national park. The eastern end of Gulf Islands National Seashore starts near Destin and runs continuously all the way to Perdido Key near the border with Alabama. The Florida section of this park includes Fort Pickens, southwest of Pensacola; Fort Barrancas on the site of NAS Pensacola; and Opal Beach, formed in 1995 when Hurricane Opal flattened sand dunes near Pensacola Beach. Among the many activities available to visitors are swimming, camping, bicycling, snorkeling, beachcombing, fishing, and hiking. The Gulf Islands National Seashore sites require a $10 per person entrance fee to visit the Florida attractions. The national seashore continues through to Mississippi.

Looking for more forms of recreation in Tampa Bay and beyond? Need more info not just about National Parks in Florida, but other things to do in our state? Stay here at 813area, 727area, 407area, 941area, 954area, 305area, and all our other sites here in Florida. And best of all, it's free!

Amazing Weather in Tampa Calls for Amazing Experiences for Outdoors

Got the Quarantine Blues? | Family-Fun Things to Do in Tampa and Still Be Socially Distanced

Fun Things to Do in Tampa

Join Jump For Paws For a Doggone Good Time at Sky Zone Tampa!

Parks and Recreation in Lutz