813area has new update 16 hours ago Lightning Round: Selke Trophy voting results; another playoff upset by Montreal
Photo by Mike Ehrmann/Getty Images Anthony Cirelli received two fourth-place and one fifth-place votes. Yesterday the NHL revealed the winner of the Frank J. Selke Trophy, which is awarded to “the forward who best excels in the defensive aspects of the game” as voted by the Professional Hockey Writers Association. This year it was the Florida Panthers’ captain Aleksander Barkov, who has won this award for the first time in his career. Aleksander Barkov of the @FlaPanthers is the 2020-21 recipient of the Frank J. Selke Trophy, recognizing "the forward who best excels in the defensive aspects of the game," as selected by the Professional Hockey Writers Association. #NHLAwards#NHLStats: https://t.co/21yLjJXIrZ pic.twitter.com/y929TqRHrJ— NHL Public Relations (@PR_NHL) June 18, 2021 Barkov led the Panthers to the second place in the Central Division with 58 points (26 goals, 32 assists) in 50 games and helped his team to advance to the first round of playoffs for the first time in five years. He beat Patrice Bergeron and Mark Stone, who ended up second and third in voting respectively, by more than 200 points, earning more than 50 first-place votes. Here’s a full breakdown of the voting: The Selke voting #NHL pic.twitter.com/UAC8XngB6k— Greg Wyshynski (@wyshynski) June 19, 2021 While this season’s defensive numbers by Barkov were not as strong as earlier in his career, this is a more than deserved trophy for the Finnish player. According to Natural Stat Trick, Barkov is among the best players in the league with 60.86 expected-goal rate at 5v5 and top-20 in faceoff winning percentage, despite playing the toughest minutes on his team. According to Corey Sznajder data, he’s also one of the best in disrupting opponents’ zone entries and recovering dump-ins. hockeyviz.com The Tampa Bay Lightning’s Anthony Cirelli, after finishing fourth in last year’s voting, received just two fourth-place and one fifth-place vote this year. After putting up a strong effort last year, the Lightning center was struggling this regular season, which was mostly caused by his mid-season injury. Yesterday’s Games Vegas Golden Knights 2, Montreal Canadiens 3 — MTL leads 2-1 The Canadiens surprisingly defeated the Golden Knights in the second consecutive game, taking a 2-1 lead in the series. The Golden Knights outshot the opponent 45-27, but Corey Price’ 43 saves kept them in the game. Cole Caufield scored his second goal this postseason, Josh Anderson scored twice, including a game-winning goal in the overtime. Today’s Games Tampa Bay Lightning @ New York Islanders — TBL leads 2-1 8:00 PM ET; USA, CBC, TVAS, SN Hockey News Unfortunately the Montreal Canadiens’ head coach Dominique Ducharme couldn’t watch his team’s victory live last night, as he earlier tested positive for COVID-19 and was sent home to isolate. He will be sidelined for at least 10 days. In his absence, Luke Richardson acted as head coach during the yesterday’s game. Montreal Canadiens head coach Dominique Ducharme has been mandated to quarantine for an indeterminant amount of time after testing positive for COVID-19.@EricEngels has further details:https://t.co/oFeeaG3IEu— Sportsnet (@Sportsnet) June 18, 2021 The NHL Network’s Kevin Weekes yesterday reported that Minnesota Wild’s forward Kirill Kaprizov is in Moscow and is in talks with his former team CSKA Moscow, who is interested in signing him for the KHL and the upcoming Olympics. This was however later denied by the Athletic’s Michael Russo, who reported that Kaprizov is at his friend’s wedding according to his agent. As of now talks with likely Rookie of the yr Kaprizov & @mnwild have gone cold. My understanding is he’s in Moscow and it’s believed CSKA is interested in signing him for KHL & Olympics. @NHL @NHLNetwork #HockeyTwitter— Kevin Weekes (@KevinWeekes) June 18, 2021 #mnwild & Kirill Kaprizov’s agent say Kaprizov is at a buddy’s wedding in Moscow. His agent gave the team a heads up. As for CSKA rumors, that’s his only option besides signing with the Wild and they’ll offer him a ton of $, so expect those rumors as long as he’s unsigned here— Michael Russo (@RussoHockey) June 18, 2021 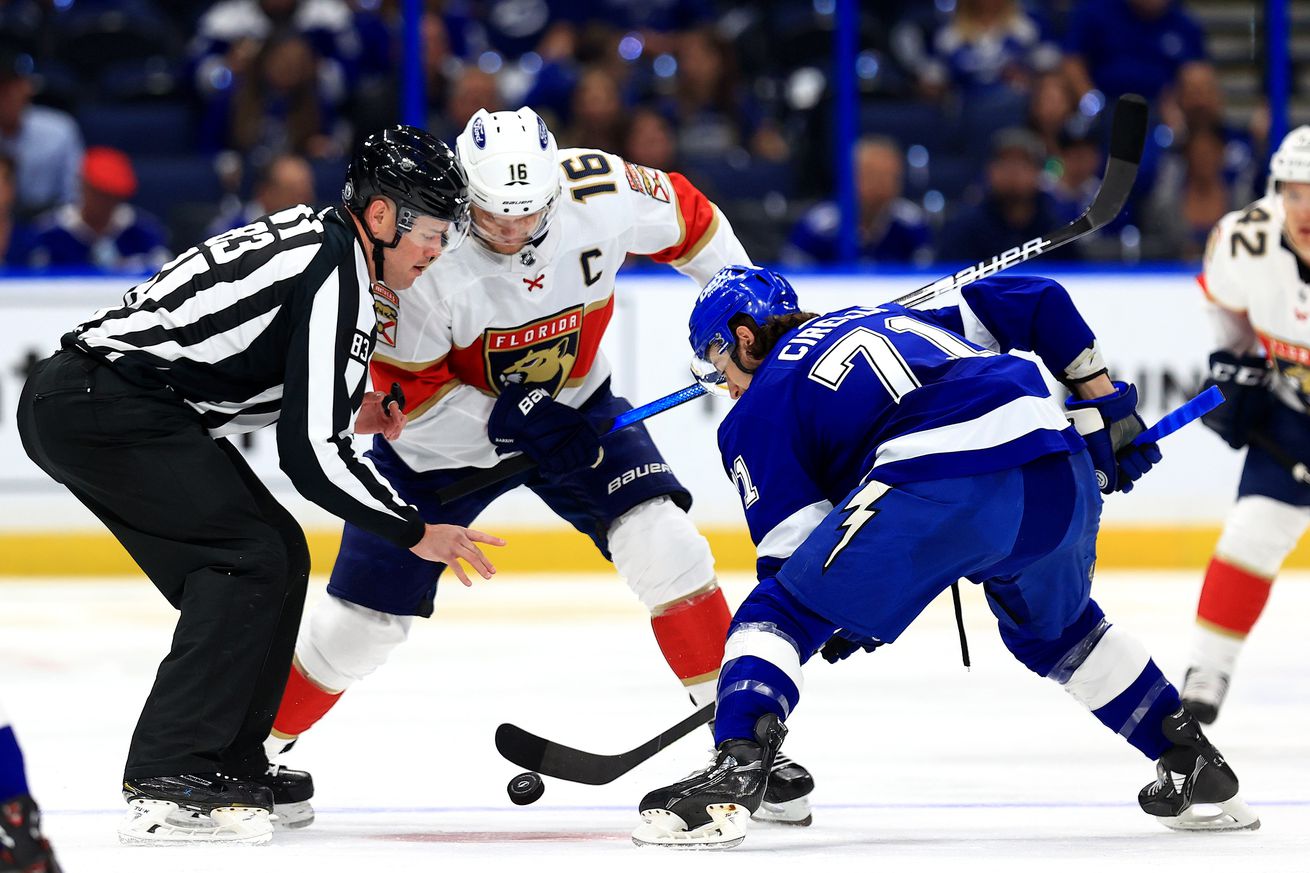 Reddit has new update
21 hours ago Boat pre purchase inspection near Tampa
Hi. I am looking to buy a boat and I want to have it professionally checked. Could you please recommend a boat inspector, surveyor or mechanic who would check the boat pre-prepurchase, near Tampa city area? Thank you! submitted by /u/magnumpl [link] [comments]
Reddit has new update
22 hours ago Please share Lex and Diesel. They only have until Tuesday 06/22 to be adopted/rescued in Orlando, FL
submitted by /u/biancamission [link] [comments] 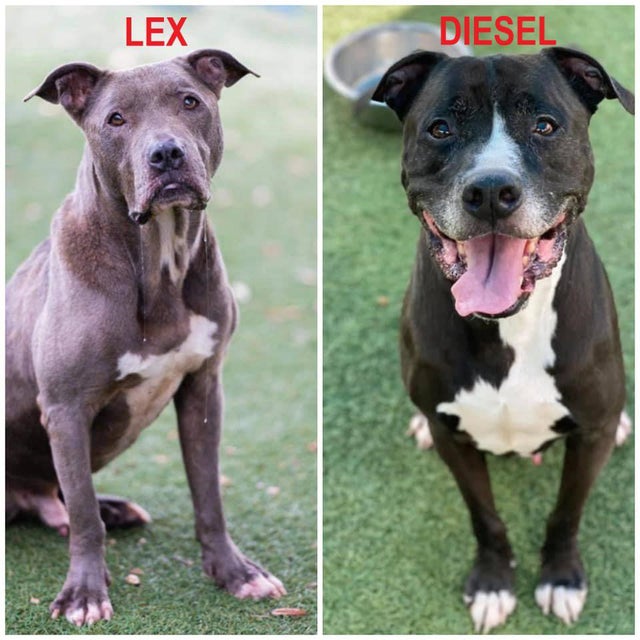 813area has new update 22 hours ago Rays 1, Mariners 5: This game was bad, and it should feel bad
Photo by Alika Jenner/Getty Images My other title option was “Is Paris burning, because France is on fire.” I admit, when this game started and the Rays got the first run, and Kikuchi looked uneven, I was ready to pre-write a winning game recap and feel very pleased with myself. But if there’s anything I’ve learned watching baseball: never trust an early read, and never pre-write a recap assuming a win. Things started off nicely for the Rays. Margot singled to lead off the first, then Meadows singled, advancing Margot to third. Diaz grounded into a fielder’s choice to score Margot, and just like that, the Rays were on the board. Here it is, enjoy it, the first (and only) run the Rays scored. Look at this sauciness! We've got @RaysBaseball 1B Yandy Diaz up to bat, and behind him you'll see a fan rocking a @RealStamkos91 @TBLightning jersey ? ! #RaysUp #GoBolts pic.twitter.com/c4yA1Ii7iB— Bally Sports Florida & Bally Sports Sun (@BallySportsFL) June 19, 2021 Things went from awesome to terrible very, very quickly as Michael Wacha came out and (Googles a polite word for “sucked”) struggled with his command against the Mariners. Crawford doubled to lead off the inning, then Seager singled, and Crawford was able to score on a throwing error by Margot, which also enabled Seager to arrive safely at second. France singled, then former Willy Adames BFF Jake Bauers singled to score Seager. Long Jr. singled to score France, and Torrens singled to score Bauers, putting the Mariners up 4-1 in just the bottom of the first inning. Walls collected a walk in the top of the second, but no runs scored, and while Kyle Seager got a single, he was out trying to stretch it into a double. This right here could have been overturned, I think, but the Mariners opted not to go for the review, so lucky Rays. (Though later there was as safe call at first for the Mariner’s that likely could have been overturned and the Rays did not review it, so I suppose it balances out.) Walls got 'em!#RaysUp 1#SeaUsRise 4 pic.twitter.com/wIq6wa0XR1— Bally Sports Florida & Bally Sports Sun (@BallySportsFL) June 19, 2021 The Rays went down in order in the top of the third, and then the Mariners continued chipping away at Wacha. France doubled, Bauers singled, Long Jr. walked. Bases loaded and Torrens singled to score France. The inning could have been a lot worse, granted, but the score was still 5-1 M’s by the time it was over. Once again in the fourth the Rays went down in order, and while the Mariners did not score in the bottom of the inning, a France single was what finally and perhaps belatedly drove Wacha from the game with a final line for the night of 3.2 IP, 11 H, 5 R, 5 ER, 1 BB, 2 K, 0 HR on 77 pitches. He gave way to Andrew Kittredge who finished off the inning with a strikeout to Bauers. Margot collected a single in the top of the fifth, but no runs scored. For the Mariners, Moore reached on a hit by pitch, but then the baserunners were erased as Long Jr. hit into a double play. .@Sweet_n_Lowe5, @RaysBaseball execute a slick double play! : Bally Sports Sun : https://t.co/lG5j6ZNW7l : Bally Sports app#RaysUp #MLB pic.twitter.com/iW3DJHCdzT— Bally Sports Florida & Bally Sports Sun (@BallySportsFL) June 19, 2021 Brosseau got a walk in the top of the sixth, but no luck getting any runs in for the Rays. Collin McHugh came on for the Rays, giving up a single to Crawford, then a single to Haniger, but Seager grounded into a double play to end the inning. Walls, having himself a decent night, got a double in the top of the seventh, but don’t get too excited, nothing else happened for the Rays. McHugh had a nice bottom of the inning though, setting the Mariners down 1-2-3. Evidently, it is possible to strike out Ty France. The eighth was a quiet affair with both sides going down in order. Some pretty impressive catches by the Mariners, including a stretch by Fraley to rob Brandon Lowe of a double kept the Rays off the basepaths and ended the game in the M’s favor. Haniger appeared to end the inning with a catch, but it very much looked like it bounced off the ground first, and while fireworks started going off in the stadium, Kevin Cash did not look ready to yield the win immediately. And sure enough, Ji-Man Choi was awarded a single and the game continued. For one more batter, then Walls struck out and the Rays losing streak extended to four. Final: Rays 1, Mariners 5 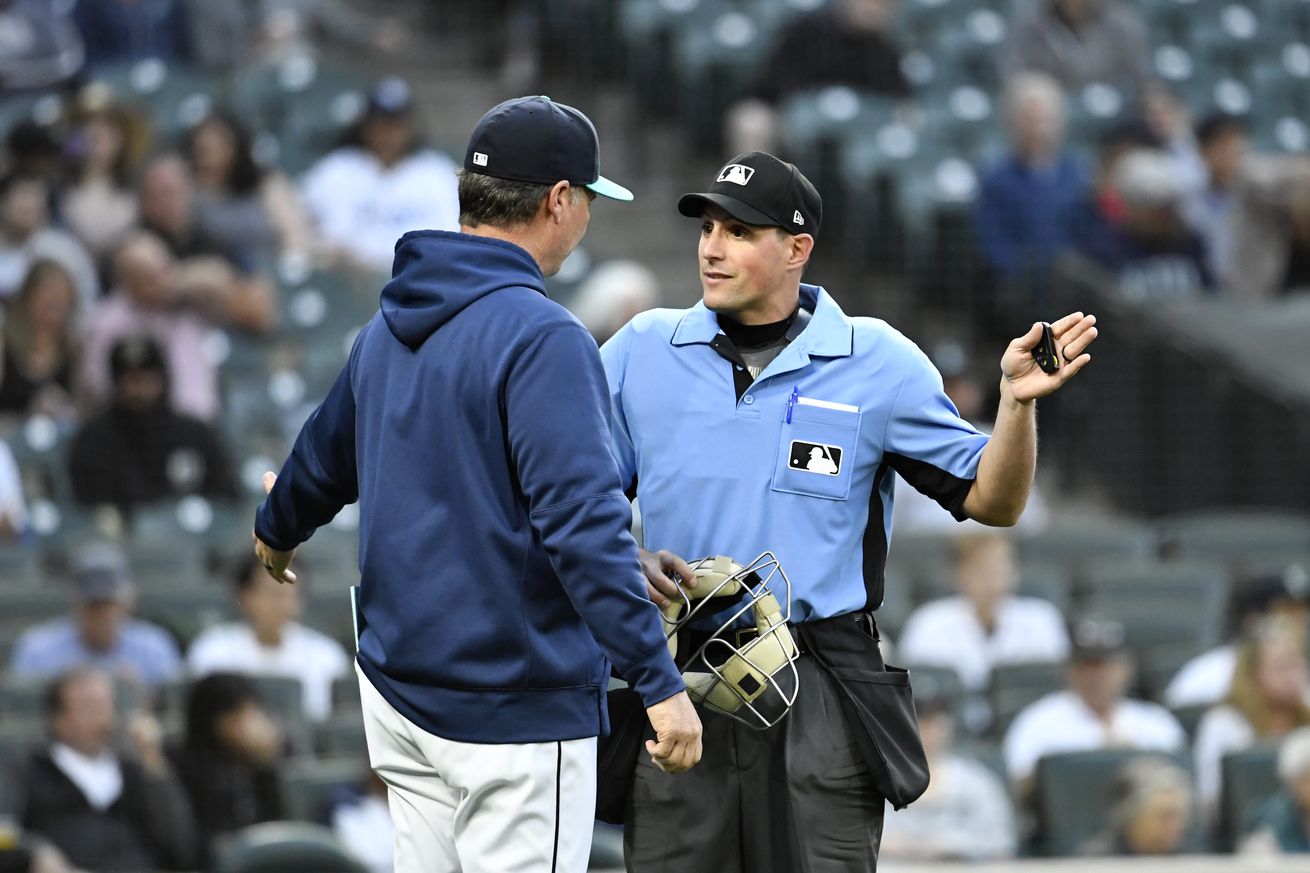 AVOID THIS COMPANY IF YOU HAVE A LARGE SLIDING GLASS DOOR. I called Sliding Door Roller Replacement, Inc. based on the reviews I read. After scheduling an appointment, the representative concluded the call saying 'we don't cover glass breaks if you close the door too hard' (giving me the impression that the new rollers would be incredible). On the day of the appointment, two guys came and disassembled the sliding door (took about an hour). When they were done, there was a slight improvement in performance. Personally, I don't believe they put on the right rollers based on the size and weight of the slider (8'H x 4'W). It's been over a year since the installation, and honestly the door OPERATES WORSE than it did before I called Sliding Door Roller Replacement, Inc. Given their name, you would think they would be experts on sliding door roller replacement. If you have a large sliding glass door, you'll want to HIRE A PROFESSIONAL company that understands the correct roller replacement for a larger slider. I did end up calling the company to see what could be done. Unfortunately for me I was one-month past the warranty. They did offer $25 refund, but really all I want is m

Great park for hanging out with a nice paved pathway for skating or running.

Shake Shack is incredible and I am so glad they have finally come to Tampa! Great burgers and awesome cheese fries. Definitely check it out if you get the chance.