Celebrate National Donut Day With the Best Donuts in Tampa 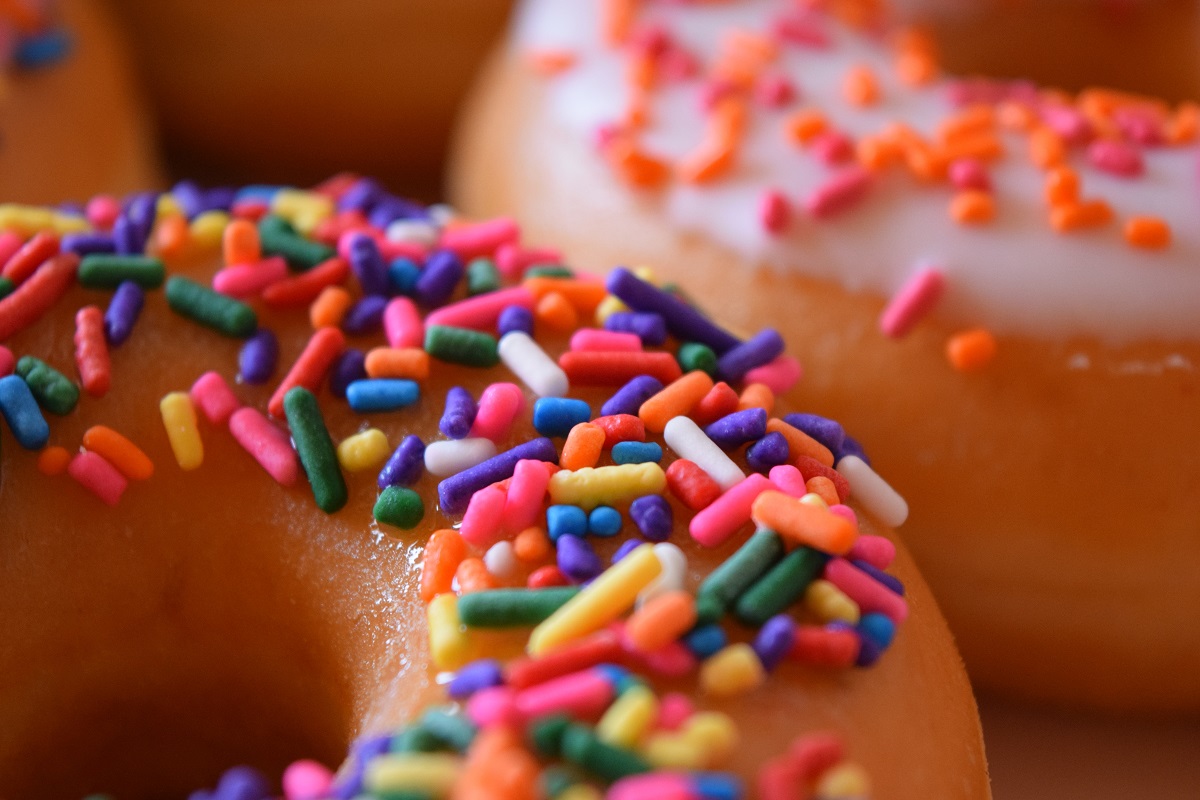 As if you needed an excuse to eat a donut, June 4th is National Donut Day! Celebrated on the first Friday of June every year, the holiday was originally established in 1938 by the Salvation Army to honor those who served donuts to soldiers during World War I. Almost 80 years later, we’re still celebrating our favorite fried dough! Partake in National Donut Day this year by grabbing a delicious (and perhaps even gourmet) donut from one of these bakeries in Tampa.

Voted Tampa Bay’s Best Donut in 2016, 2017, and 2018, the Mini Doughnut Factory in South Tampa has a delicious, innovative approach to making donuts, but not just in terms of size. In addition to classics like Boston Cream Pie, they also have fun flavors like French Toast, Fruity Pebbles, and Sweet Pig mini donuts topped with maple icing and bacon.

You can even create your own mini doughnuts by choosing from a selection of doughnuts, icing, toppings, and drizzles. A tasty selection of coffee, tea drinks and smoothies that they offer will go perfectly with your mini doughnuts! Load up on your favorite flavor or sample one of everything as they sell packs of three to 35. The only thing that makes the Mini Doughnut Factory sweeter is getting their signature Doughnut Shake or Doughnut Sundae!

For National Doughnut Day, Mini Doughnut Factory is paying it forward by donating a portion of all mini doughnut purchases on June 1 to the Salvation Army. Do something sweet on this foodie holiday and snack on mini donuts for charity!

Dough, which is next door to its sister Restaurant, Datz, also sells minis but are best known for their not-so-ordinary regular-size doughnuts in just about any flavor you can imagine. Hot cocoa, Nutella-filled, Orange Creamsicle, Kool-Aid, Pumpkin Spice, Bubble Gum: you name it, Dough has made it! They also have tried-and-true favorites like cake doughnuts, old-fashioned, glazed, and jelly-filled doughnuts that everyone loves. Order a dozen or two doughnuts from Dough and be the hero at your workplace or next gathering.

Like any good doughnut place, they also have a vast menu of premium coffee drinks to sip on while you enjoy one (or two) of their delicious doughnuts. Dough has a great idea for combining both: place your doughnut on the top of your iced coffee through the straw for a seamless coffee-and-doughnut experience. Simple but genius!

On Friday Datz has invited Johnny Cupcakes to open a pop up shop from 5-8pm. Stop by and check out their exclusive t-shirt designed specifically for National Donut Day! 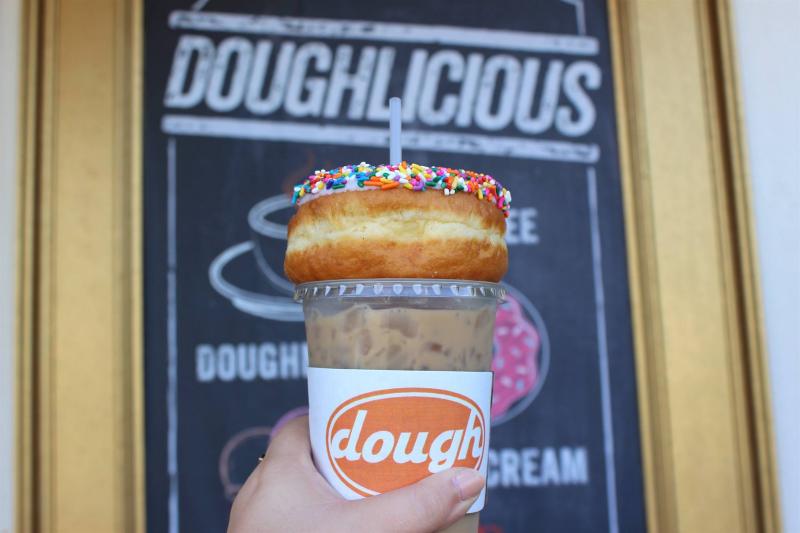 Made fresh every day since 1982, Nicola's Donuts also serves cupcakes and pastries, but on National Doughnut Day, save that for the other 364 days a year.

With everything from Plain Vanilla to Pina Colada, everything is made fresh daily without any preservatives. It's a North Tampa gem for all kinds of baked goodies, but don't miss the Reese's Long John... if you love peanut butter, it's unforgettable! Nicola's is a great place to pick up a donut in the morning, but they close at 1 p.m. during the week and 2 p.m. on weekends, so get there early. 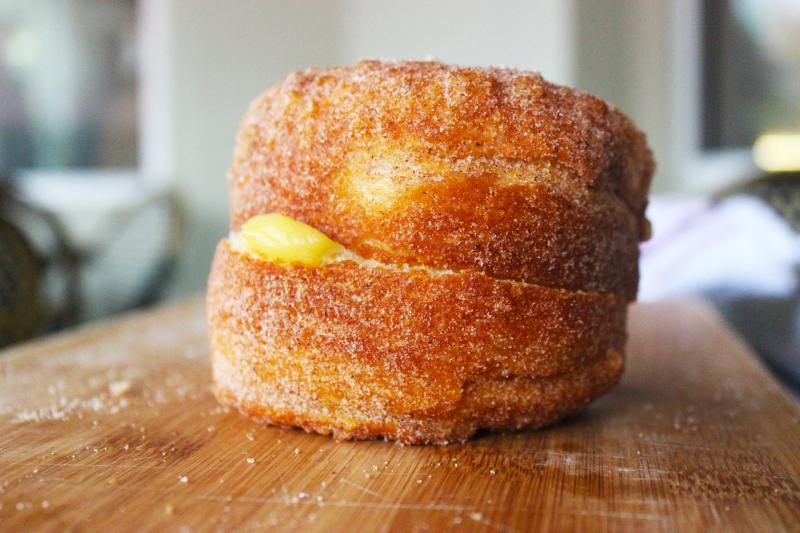 There is no shortage of great doughnut places in Tampa, but if you find yourself with a hankering for sweet, fried dough, then Craving Donuts is just around the corner! Their strawberry-icing pink truck moves around Tampa daily serving fresh, custom gourmet donuts and locally-roasted coffee. Craving Donuts has Classic Glaze and Powder doughnuts as well as specialty flavors like So Much S’mores, Myers Lemon with Coconut, and Caramel and Sea Salt.

Depending on where their truck is, Craving Donuts can deliver doughnuts and coffee right to you! They also cater events like corporate outings, birthdays, and weddings, so sweeten your next event with several dozen doughnuts from the best doughnut truck in Tampa. 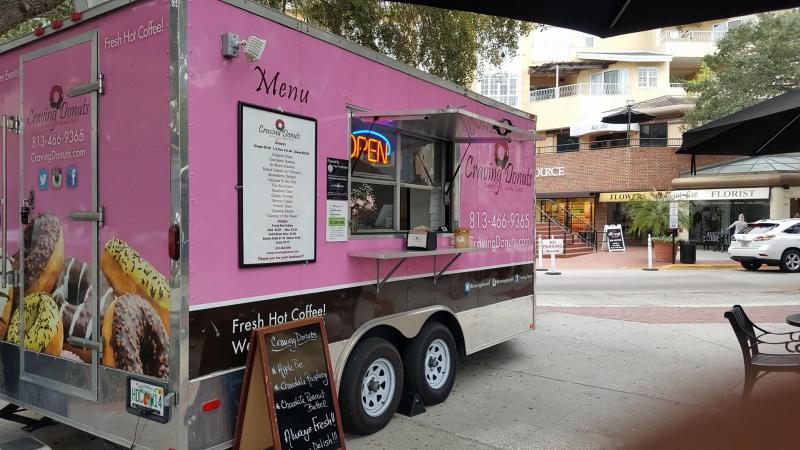 Everybody knows there’s nothing like a fresh dozen of "Hot Now" glazed donuts from Krispy Kreme, and it's easy to find this gem with two locations in Tampa. Although they have many different flavors like Chocolate Iced Raspberry Filled, Apple Fritter, and New York Cheesecake, Krispy Kreme’s Original Glazed Doughnut is their most popular menu item. Created in 1945, this sweet, crispy doughnut smells heavenly and melts in your mouth. Krispy Kreme has always had coffee to go with their doughnuts, but they’ve stepped up their selection in recent years with delicious lattes, mochas, and cappuccinos.

On National Doughnut Day, make sure to stop by Krispy Kreme for a free doughnut of your choice. What makes this freebie even sweeter is that there's no purchase required to get it! 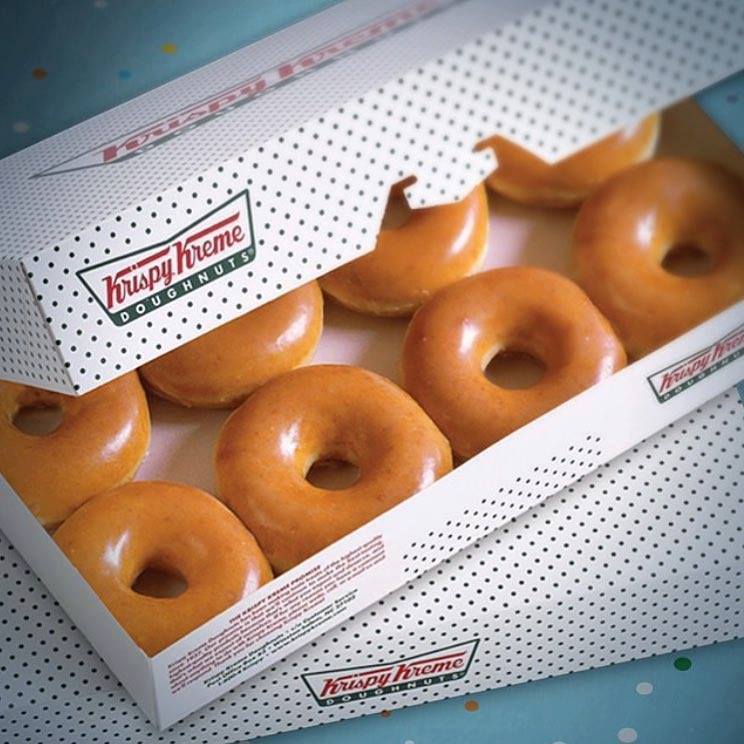 There are numerous Dunkin Donuts locations around the Bay area that keep Tampa running. Whether you’re on your way to work or school, or catching up with a friend, there’s bound to be a Dunkin Donuts nearby. They have every donut imaginable including croissant donuts, pretzel donuts, eclairs, French Crullers, glazed cake sticks, Long Johns, and munchkins, so there’s something for everyone. Dunkin Donuts also has a great coffee selection with lattes, macchiatos, Americanos, Cappuccinos, and cold brew coffee, a recent addition to their menu.

With any beverage purchase, you get a free doughnut on National Doughnut Day! 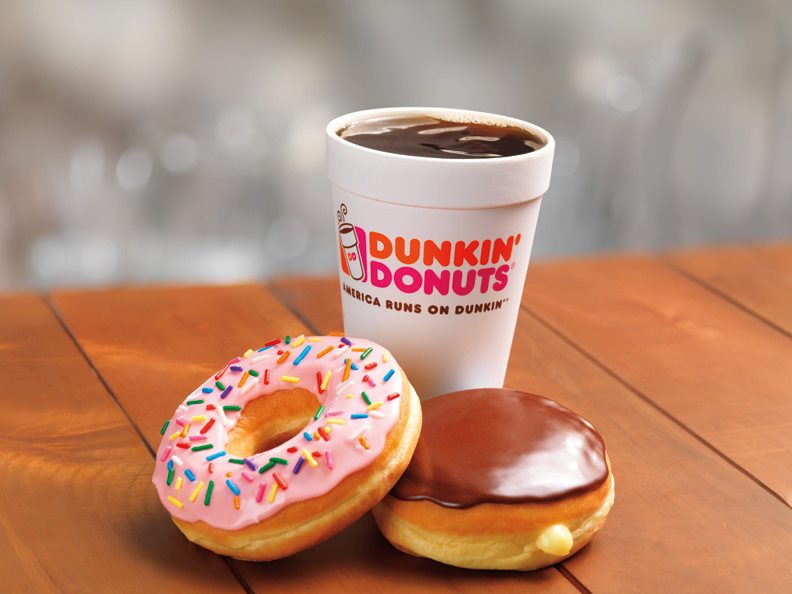 Celebrate National Donut Day this year by grabbing a delicious donut from one of the best doughnut places in Tampa. Looking for a great bakery? Check out our Tampa Bakery Guide!