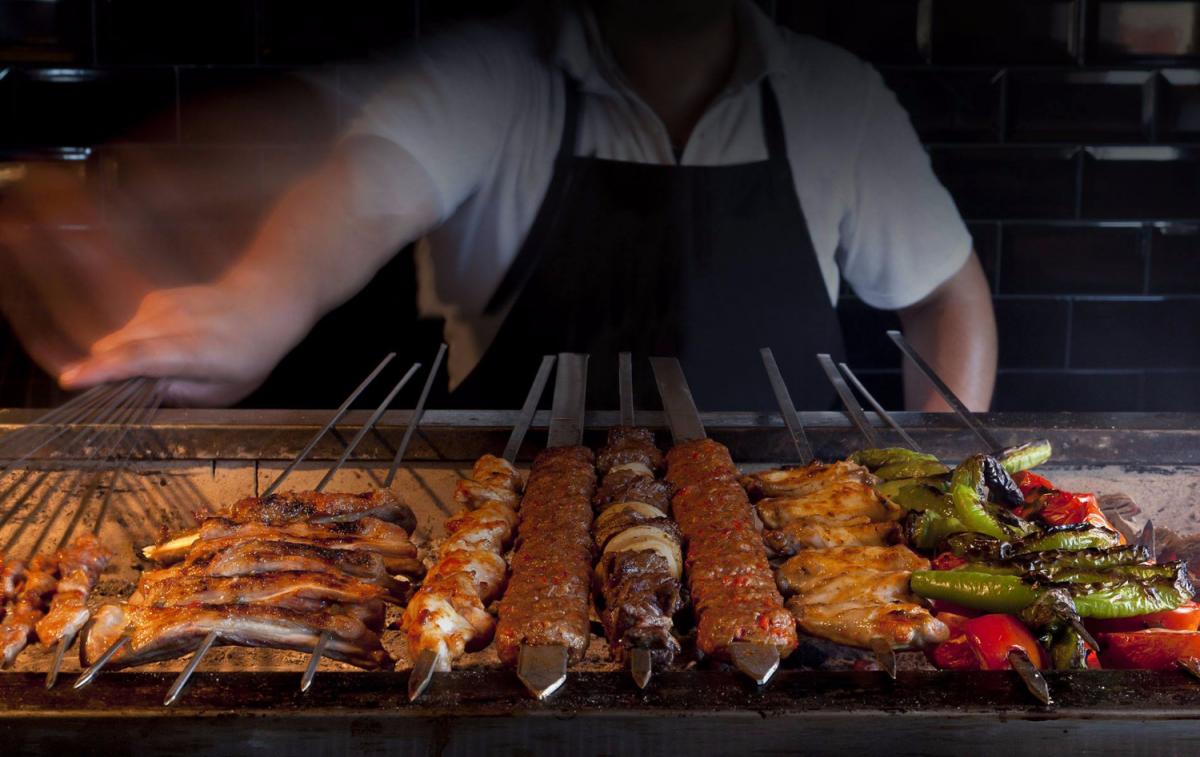 When you're talking about regional food, "Mediterranean" can encompass anything and everything - from the creamy dishes of Northern Italy to the fresh-caught seafood off the coast of France to spice-laden lamb kebabs from Morroco and beyond. So when I asked Ergin Tek, owner of Gengiz Khan Mediterranean Grill, what parts of the Mediterranean his menu represents, he didn't hesitate for a second.

"Turkey," he said. "I was born into a Turkish family. We've been in the business for a while. So I take what I know best - Turkish food - and use it to make dishes that may incorporate something from say Greece or Lebanon."

Open at its current location on Bay to Bay in South Tampa since March, Gengiz Khan is a big restaurant with big ambitions. Tek envisions this as a place where people can come to be "home away from home," step away from their smartphones and gadgets, converse with each other and, most importantly, enjoy a fresh meal.

Speaking of words that seem to encompass anything and everything when it comes to food, "fresh" might be the number one contender. Not only is it completely subjective ("these strawberries were picked EIGHT days ago?!"), it's painstakingly complicated and often boiled down to an essential buzz word to get butts in the seats of your establishment. But, when I bit into the beyti special appetizer at Gengiz, the freshness was undeniable. 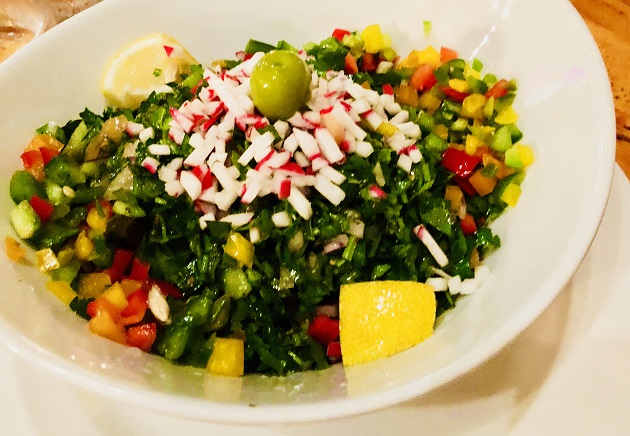 I'm getting a little ahead of myself here, though. Beyti is a Turkish dish consisting of ground, then sliced lamb wrapped in lavash (like a flour tortilla, but thinner) with tomato sauce and yogurt on the side for dipping. What makes the Beyti Special...special is the Gengiz interpretation of this traditional dish. They take a long roll of lavash-wrapped lamb, slice it like sushi and place it on little pool of tomato sauce - all topped with dill-spiced yogurt sauce. It was so good I was nodding after each bite.

As the great Gucci Mane once said, "If a man does not have the sauce, then he is lost. But the same man can be lost in the sauce." I was that man - blissfully lost in a flurry of tangy, hearty, fresh and salty sauces bombarding my palate at once. There were no tomato trees in sight, but if you told me there were, I would've believed you.

Tomatoes took a top spot in Gengiz's mixed mezze appetizer as well. Consisting of four, shall we say, scoop-able dips, the mixed mezze is perfect for anyone with food A.D.D. There's baba ghanoush, a cold eggplant stew, classic hummus, and something they call Anatolian salsa - all served with warm pita bread slices. Three of these dips were easily clean plate-able, but the salsa was phenomenal in its simplicity. According to the menu, it's made with "minced fresh tomatoes, shallots, parsley, peppers mixed with olive oil lemon." I don't know what olive oil lemon is, but this salsa could easily give any of Tampa's best restaurant salsas a run for their money.

We wrapped up our meal with a big hunk of baklava atop some Neopolitan ice cream. Making baklava is a torturous exercise - just imagine stretching puff pastry into near-translucent, pizza-sized sheets like 30 times in a row with a schmear of butter and ground pistachio between every few rows - but they pull it off like a pro. 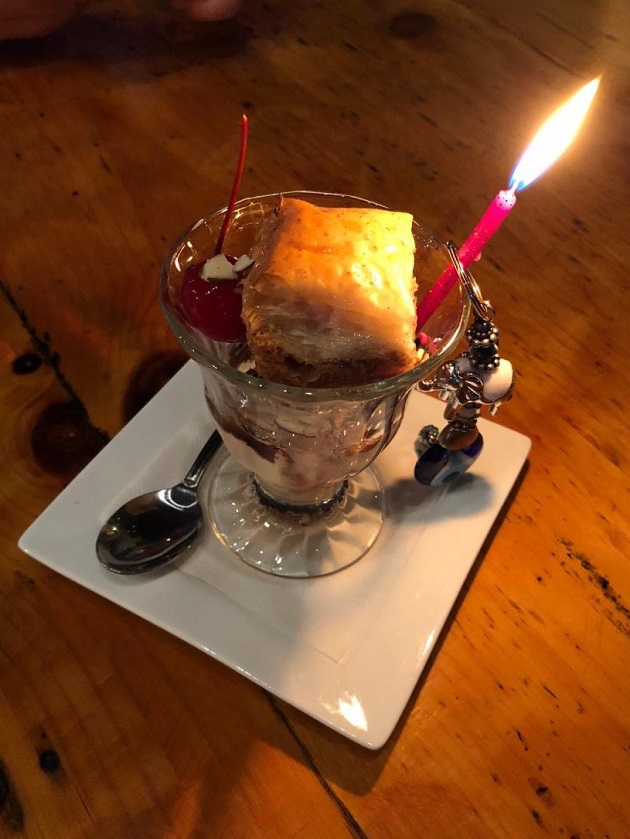 Gengiz Khan Mediterranean Grill is a must-try if you're ever looking for new restaurants in South Tampa. And, to top it all off, these guys stand for something. During Hurricane Irma earlier this year, Tek turned Gengiz into a shelter, expecting about 100 or so people to show up. It turns out that 100 people quickly turned into 400 people (not including pets), all of which were housed and fed at no charge. When asked why he did it, Tek told me, "Honestly, guilt. I wouldn't have been able to sleep at night knowing someone had starved or lost a loved one in this community that's treated me so well for so many years."

Stay Connected with Dining in Tampa by registering with us on 813area, it's free, and you won't miss out on Things to Do and Events in our area too!

Debbie   3 years ago
This place is awesome and great service. Love it - one of my new favorites! 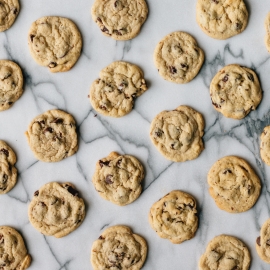 Chocolate Chip, Peanut Butter, and All The Best Cookies in Tampa 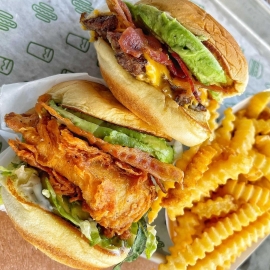 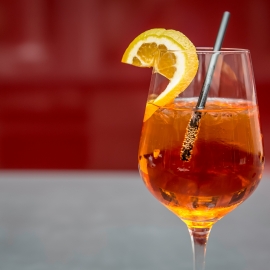 Best Places To Get Iced Tea in Tampa 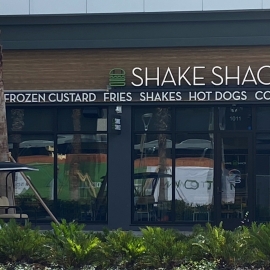 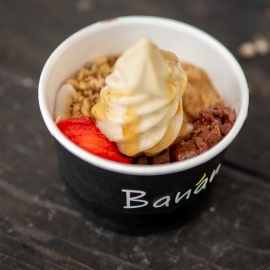 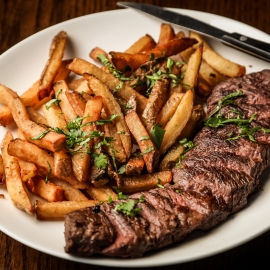