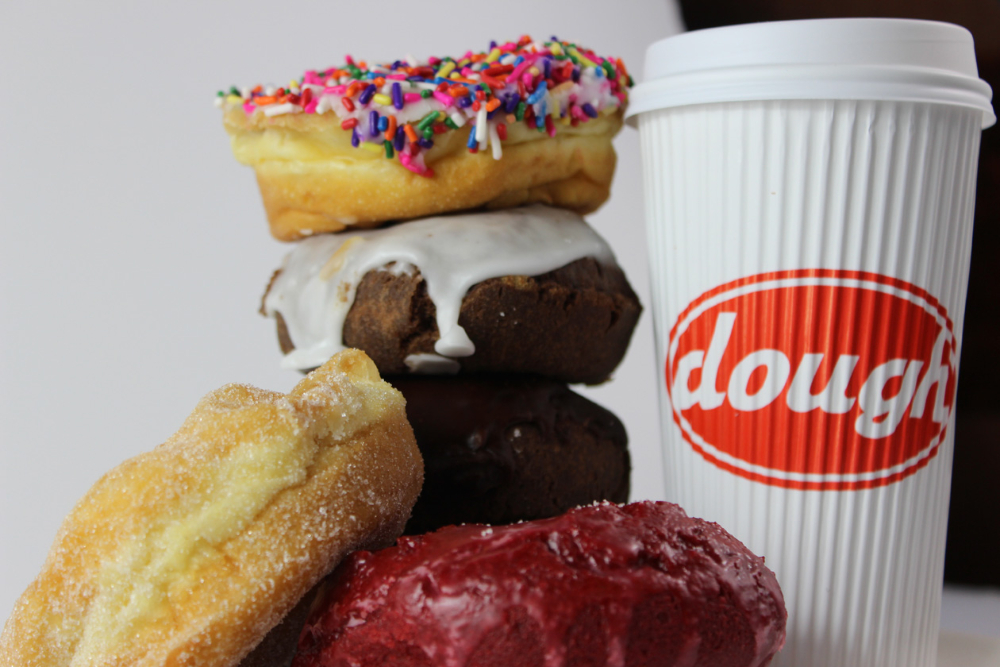 When South Tampa culinary mecca Datz announced that it would be opening a bakery next door earlier this year, the move only made sense.

While offering everything under the sun - from sandwiches and other savory items to gelato, coffee, and a modest assortment of grocery items - Datz was getting a little too big for its britches with all it wanted to accomplish under one small roof.

So, they bought out the bakery next door and turned it into Datz Dough - a full-service bakery offering all the staples including a bounty of colorful pastries, coffee and coffee-like drinks, sandwiches and more.

Dough's been open for about four months now, so I figured a visit was in order.  On a mid-Thursday afternoon, usually dead hours for most eateries - Datz' bakery counterpart was inundated with a steady stream of customers some bakeries would yearn for at a peak time like 8 a.m.

Aside from the guy in front of me who grabbed their last faux-nut (a Datz replica of the much crazed-about New York Cronut) an experience at Dough is nothing too out of the ordinary in relation to its local peers at first glance.  It's nuances, though, definitely make a case for it standing out above the rest.

Take, for instance, their pastry selection.  You can go with traditional favorites like glazed doughnuts or Boston creams, or spring for eye-catching favorites like a nutella/dried banana-topped doughnut, the bacon strip-topped maple glaze, or the red velvet kissed with a dollop of dense, sugary icing.

Listen, if you're gonna indulge your sweet tooth, go big or go... to Publix.  By my sugar-loaded, soft, pillowy, sweet, and altogether palate-tickling experience eating these things, it's easy to tell whoever's toiling away in the Dough kitchen knows what they're doing, and maybe just a little too well.

If I wind up morbidly obese and diabetic in three years, let this be the record that shows it's all Datz Dough's fault.

Give Datz Dough a try, then let us know you thoughts with a rating and review on the Datz Dough 813area business listing.

Catering in Tampa For The Holidays

Where To Grab A Cappuccino in Tampa