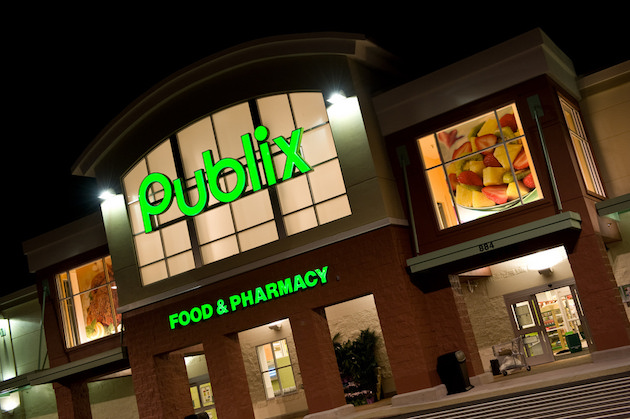 There are lots of nice things about living on the University of South Florida campus. Easy access to the USF Marshall Student Center, short walks to all your classes, and you don't have to endlessly circle the commuter parking lots. Last Friday, a groundbreaking ceremony set in motion what might be the best perk yet -- a Publix right on campus!

The new USF Publix will be a dream come true for students living on campus. Right now residents have to shop for groceries at the Walmart on Fletcher Avenue (a notoriously dingy and dangerous place) or head to the Publix southeast of the USF Sun Dome on Fowler Avenue and 52nd Street (impossible without a car). With a Publix on the USF campus, dorm essentials, snacks, and those crucial Pub Subs will be right at students' fingertips. It will certainly fill the office freezers and mini-fridges of staff and faculty members all over campus too.

“We’re excited to bring a Publix to the campus at USF,” said Publix director of media and community relations Maria Brous in a statement. “Conveniently located next to USF residence halls, the short walk or bike ride will offer plenty of fresh grab-and-go options, including our world-famous Publix subs, deli teas, decadent desserts and sushi.”

Since several USF residence halls don't have full kitchens, and a lot of students wouldn't know what to do with them if they did, the USF Publix will focus on prepared foods and their renowned deli. It will be similar in concept to stores that recently opened in downtown St. Petersburg and in Gainesville, right next to the University of Florida. In those stores, Publix reimagined the ordering system in the deli to make it easier for customers to order subs and salads. They also enhanced the grab-and-go counters so customers could quickly find a lunch or dinner option and get it home to start eating.

Now the question every student is asking: wil they take FlexBucks from the USF dining plan? Details on that haven't been released yet, but the infamous "Freshman 15" pounds might become the Freshman 25 after a semester or two of chicken tender Pub Subs.

While you're counting down the days until you can grab a chicken tender sub (or two, or seven) on the USF campus, check out places to eat, places to shop, and things to do around North Tampa on 813area. As always, don't forget to sign up for free email updates?

Photo of Publix courtesy of Josh Hallett via Flickr.