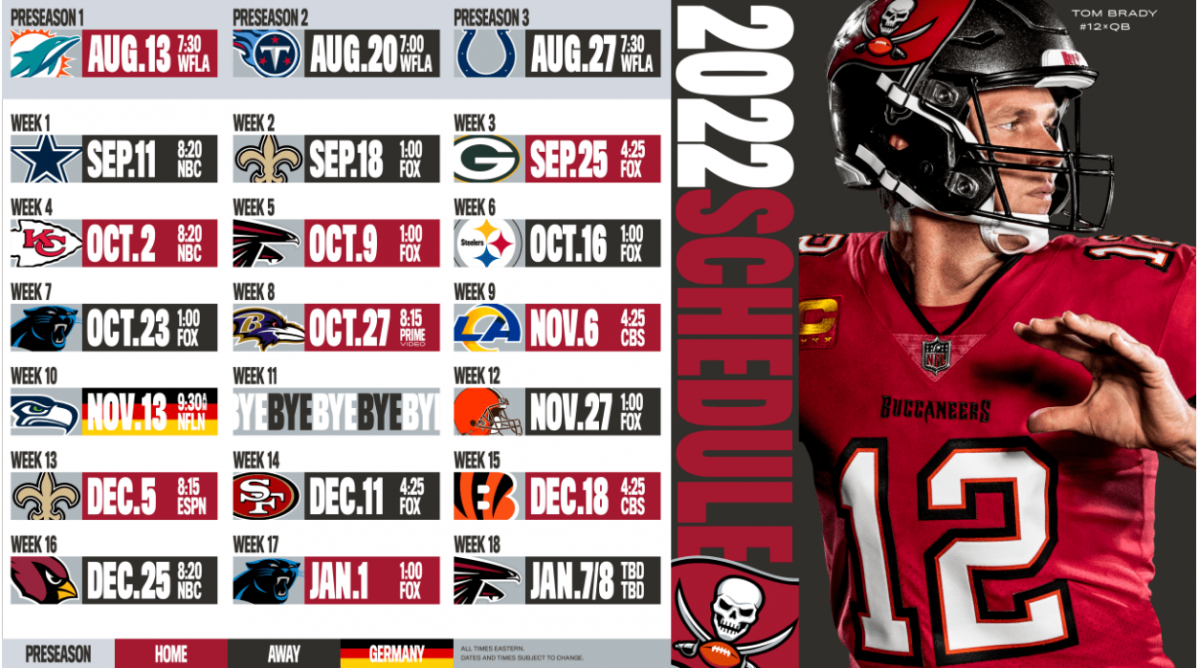 Coming off of another successful year the Tampa Bay Buccaneers are back in business with another huge opportunity to win and bring back home the Lombardi Trophy with the highly anticipated return of Tom Brady!

The champions of the NFC South have returned to defend their title once again and come back even stronger than before. Because of recent changes to the NFL Schedule in regards to the amount of preseason and regular games during the year, the Bucs were able to set a new franchise-high, game-winning record from last year (13-4). However, the Bucs will have to push themselves harder this year and recover especially from their devastating loss in the Divisional Round of the playoffs last year against the new Super Bowl Champions the Los Angeles Rams in Week 9 of the regular season.

The schedule for this year may seem fairly challenging for the Bucs taking into consideration that almost half of their games this year will be from playoff-contending teams from last season and then four more games that have to be played against teams that were in the playoffs of 2020.

While the schedule may seem a little hard to overcome at first, there lies a huge opportunity for the Bucs to shine and take center stage this year. The Bucs not only have five nationally-televised games during the regular season but also get to experience the opportunity of playing overseas this year in Munich, Germany against the Seattle Seahawks in Week 10. The Bucs will be playing in the very first NFL game that has been brought to the country of Germany at Allianz Arena. 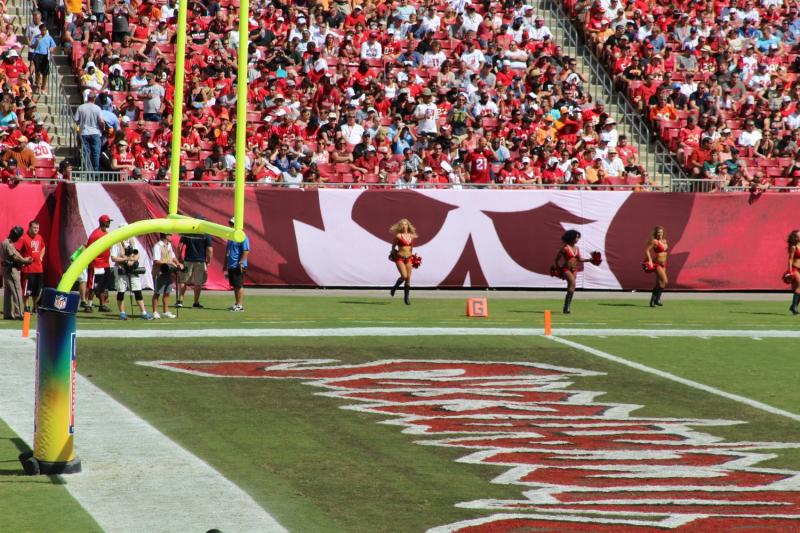 The Tampa Bay Buccaneers have retained their players quite well these past few years but there have been players who weren't able to make it for the third season in a row: Jordan Whitehead, Ronald Jones, Alex Cappa, Ronald Jones, and Antonio Brown. With essential players returning to the team the Bucs now also welcome the new players that have been added to the crew such as Keanu Neal, Shaq Mason, Russell Gage, and the long-awaited arrival of Logan Ryan.

While it is exciting to see players back and return from injuries such as WR Chris Godwin, there have been lots of speculations if TE Rob Gronkowski will return to play with the Bucs for another year. There have been rumors that Gronkowski may be waiting until training camp to decide if he wants to play another year of football. Howbeit, Gronkowski may be attempting to undergo the same tactic Brady used in recruiting players on Julian Edelman, who was a former teammate of Gronkowski's on the New England Patriots years ago.

Gronkowski told Sports Illustrated, "Oh yeah, if Julian signs with the Bucs right now, I'm coming back for a whole 'nother year. Hands down. I was just with him last night. He needs to sign with the Bucs." If Gronkowski and especially Edelman make their way to the Bucs this year, the teams that the Bucs are playing should be very worried in addition to all of the other players that the Bucs have added to the squad from this most recent NFL draft.

Get ready for one of the most thrilling years of Tampa Bay Bucs football! Buy season tickets or just individual tickets for whatever games you prefer.