Can You Free Yourself From the Best Escape Rooms in Tampa? 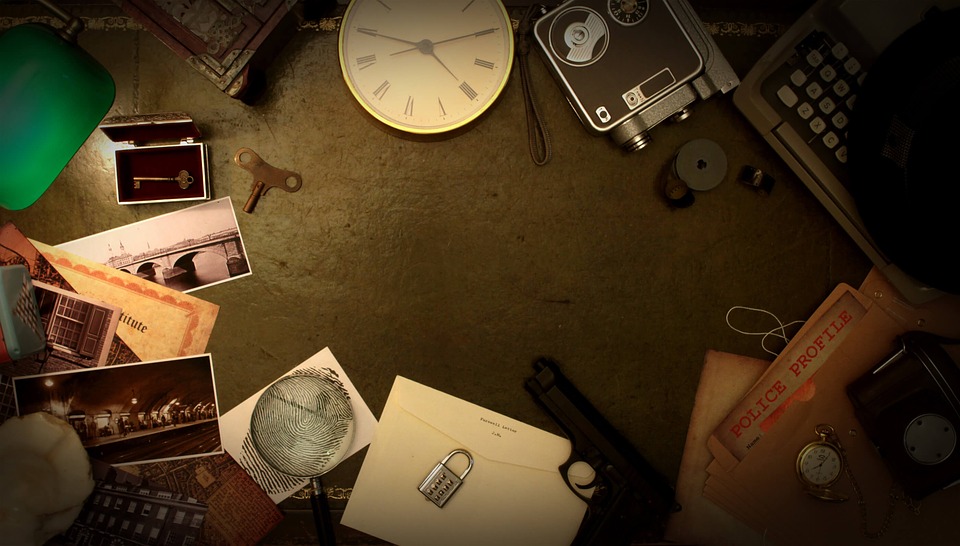 Tired of the same old excursions week in and week out? Trying to find something new and competitive to do with your friends or a team-building exercise to do with your coworkers? Want to feel your adrenaline pump as you race against the clock with real consequences? Look no further than the latest craze sweeping the nation, escape rooms! Check out one or all of the best escape rooms in Tampa where you're bound to have a good time.

What makes these escape rooms so unique? It's simple, their themes. Ranging from murder mysteries to sci-fi exploration to treasure hunts at approximately $30 per person for an hours worth of pure entertainment it's a great deal too. Each of the escape rooms in Tampa mentioned offers an entirely different experience, so try these escape room games and answer the question, can you free yourself from the best Escape Rooms in Tampa?

Rabbit Hole Escape Games. Located in Seminole Heights just three miles north of downtown Tampa, Rabbit Hole Escape Games features one of the more exciting Escape Room themes, Shadow of the Skunk Ape. You and your group are completing park ranger training when an item gets stolen from a local Cryptozoology Conference. Your goal is to find the missing item and get your campers to safety before heavy storms ravage the area; all the while you realize a mysterious-dweller lurks the park; the Skunk Ape! Tickets start at $29 General, $27 for Students/Military and $19 for youth. Rabbit Hole Escape Games also has a lounge and lobby to host your next great party. In case you didn't get enough of the Skunk Ape the first time, and new room, Secrets of the Skunk Ape, will debut sometime in December.

Time Trapped Escape Room. Featuring multiple rooms of varying difficulties, this escape room in Brandon is open seven days a week. The Mobster's Speakeasy puts you in the 1920's during the height of Prohibition. After getting caught smuggling hooch into New York City, the Mayor employs you and your mob to take down the notorious crime boss Lucky Luciano. If period pieces don't tickle your fancy, The Twister Curse of Madame Antinori involves black magic, curses and disappearing dwellings! There's something to look forward to at this escape room in Tampa as more rooms are advertised as 'coming soon.' Tickets start at $28 per person.

Imagine Escape Games. Starting at $30 per person up to six with the option for a private experience for $180, Imagine Escape Games is located off Bearss Ave. in North Tampa and closed Mondays-Tuesdays. Instead of offering independent themes this Tampa escape room provides three rooms as part of an overarching plot entitled The Gamemaster's Legacy. You're deputized to save Neil Savage who is trapped in his own book. Adventure through the chapters to find him. The Alleyway Vigilantes have you and your crew on the lookout for Neil; Jungle Gem has you escaping from a mysterious tribe and reSEArch has you escaping before becoming shark bait.

The Great Escape Room. Located in downtown Tampa on Madison St., The Great Escape Game prides itself on Sherlock Holmes-esque puzzle solving and scavenging. With what appears to be the most difficult rooms in the Bay Area with a 35% success rate on difficulties ranked seven-out-of-ten or harder; if you're looking for a challenge, look no further than Professor Moriarty's Gameroom. You and your group will attempt to find the antidote to save the world from Moriarty's nefarious scheme. This business offers private events outside of regular business hours. For adults and kids 12 and up beginning at $23.

Can You Escape? Ever been working late and after everyone leaves you realized you're locked in the office? The horror! Solve puzzles throughout this normally mundane space to get out of this painfully familiar setting, The Office. Other rooms include Medieval Room, Escape From London, From Russia With... and Trapped in a Room With a Zombie! This escape room in Tampa is in the Westshore District near Town n Country and starts at $28 per person with different difficulty levels.

American Escape Rooms. Conveniently located in North Tampa near University Mall, American Escape Rooms is a chain offering four separate rooms of varying difficulty. Cold War Crisis is a chilling blast from the past as you and your team infiltrate an enemy agent's secret base, defuse and disarm a bomb all in less than 60 seconds. Mad Professor's Asylum, Zombie Apocalypse and Mind-Boggling pin you in the mysterious recesses of your mind. For 1-8 players at $39 a player, with its proximity to USF, you can solve a mystery or escape your demise all before class.

The Room Tampa. Located on Racetrack Rd. in Westchase, The Room has two optimized spaces for six participants, The Einstein Room and The Gallery; The Gallery can accommodate up to eight with a call-ahead. The Einstein features many pictures of the physicist that help guide you on a scavenger hunt to find clues, complete challenges, and logic problems. The Gallery features 18 masterpiece paintings, some authentic, some forgeries. Solve challenges and ciphers to escape the room eventually.

Each of these escape room games in Tampa presents you with your best options for a memorable experience. Bookmark Can You Free Yourself from the Best Escape Rooms in Tampa?, to play them all, then register above to stay connected to Nightlife in Tampa, Tampa's top events and more. To find restaurants in Tampa click the Restaurants Tab at the top of the page to search your area.  Have fun escaping then grab a bite someplace new!

Debbie   4 years ago
I have been to Rabbit Hole and Mouse Trap - both are excellent!
Anthony   4 years ago
That's great to hear Debbie! Did you participate with just friends and family or were you teamed up with others? These are a great opportunity to meet new people with one common goal at hand!
Debbie   4 years ago
I went with my co workers the first time and then with the family the second time. Both groups loved it and can't wait to try the new rooms!