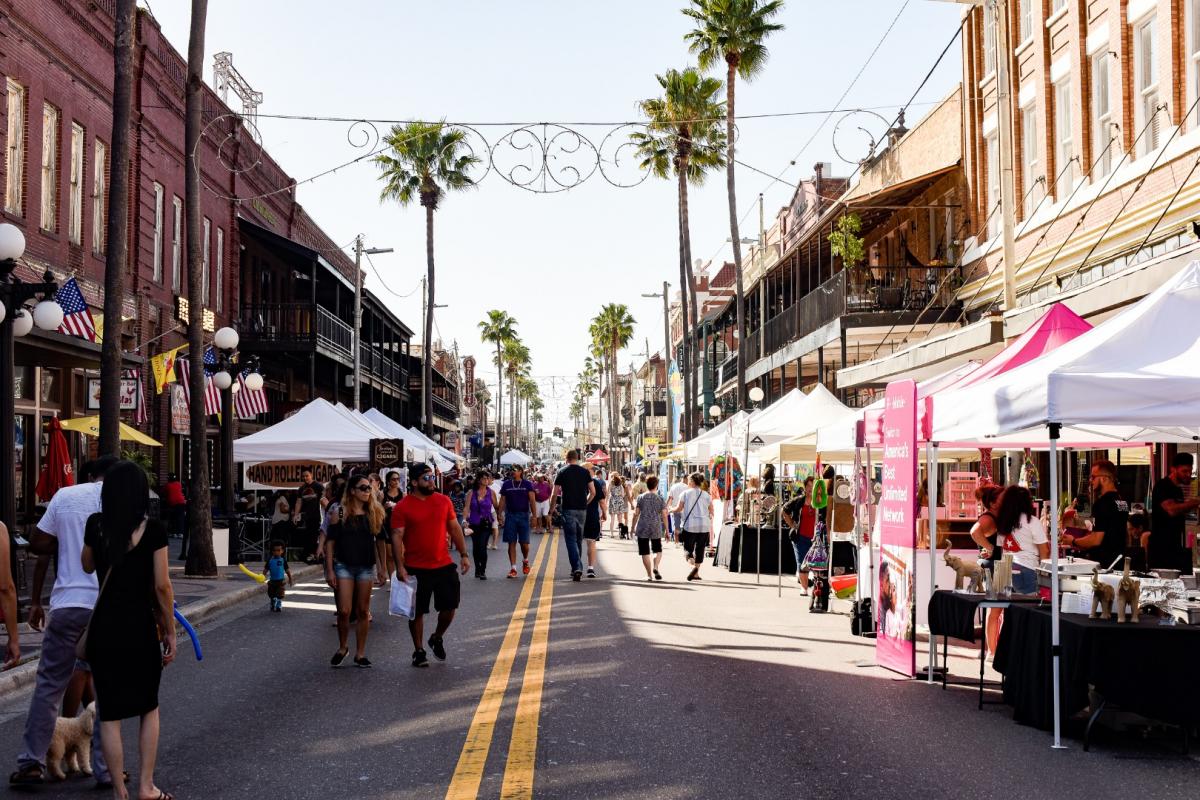 Ybor City has a complex history, not only does it have a distinct architectural, culinary, cultural, and historical legacy but it also reflects the melting pot of cultures that immigrants brought to Tampa during the manufacturing of cigars. Ybor City was founded in 1885 and two quick years later it was annexed by Tampa. The original population was mostly made up of Spanish and Cuban immigrants who worked in the cigar factories. However, Italian and Eastern-European Jewish immigrants followed shortly thereafter and established many retail shops, farms and grocery stores, box factories, print shops, and other enterprises that catered to the cigar industry and its workers.

Ybor City continued to grow in the 1920s, as Tampa quickly became known as “Cigar City” because of this community's success. When the great depression hit, there was a sharp decline in the worldwide demand for cigars and Ybor City suffered greatly. After WWII, veterans moved out of Ybor City and the once lively neighborhood quickly became neglected.

In the 1980’s Ybor City began to liven up as a bohemian haven for artists and, by the early 1990s, as a popular nightlife and entertainment district. Since 200, many historic places on 7th ave have been renovated and restored to help bring Ybor City back to its glory!

Now, Ybor City remains one of Tampa’s most animated neighborhoods. On weekends, Ybor City is filled with people of all ages drinking, partying and just genuinely having a good time.

Keep reading to learn about the local's five favorite restaurants, nightlife and things to do in Ybor City!

Head to our Ybor City neighborhood page to see the full guide of everything to do in Ybor!

The Columbia Restaurant is as authentic as it gets in Ybor City! It was the area’s first restaurant, established in 1905, and because of its flavorful Cuban and Latin dishes, it has remained a staple ever since. The menu is expansive, spanning a wide array of traditional beef, pork, and seafood dishes made in the same way for generations.  Located on 7th Ave, the Columbia Restaurant has grown to become one of Tampa's world-class restaurants featuring multiple dining rooms and live Flamenco dancing.

Another long-lived staple in Tampa is Gaspar’s Grotto, a one-stop bar hop with 3 large bar areas in one venue. It is a pirate-themed establishment with something different always going on like live music, DJ's, Tampa's Best Friday Ladies Night and our Sunday Booze Cruise Brunch. Their Sunday Brunch is one of the best in the city! After trying it about a month ago, I was so impressed that I’ve been back twice since. Stop by any day or night of the week for an all-around good time!

Looking for eclectic Italian in Ybor City? Well, there’s only one place to go, Bernini! Located right in the heart of Ybor City, this exquisite menu, fully stocked bar, and a wide selection of wines you are bound to leave full and possibly a little tipsy! They pride themselves on being an eclectic eatery where the cuisine compliments your surroundings without compromising your wallet. Try their burrata Caprese or pistachio-crusted gulf grouper and you’ll be craving more and planning your second visit before your first visit ends!

The only Steak House in Ybor City is located on 7th Ave in the heart of Centro Ybor and it is the premier location for a thick cut of steak and fabulous wine pairing. They offer elegant seating both inside and on their outdoor patio! Chef Jason Fernandez is both the head chef of 25 years and the owner. There is nothing he loves more than a good steak. So be sure that when you go to CARNE, a quality cut of meat with the perfect preparation awaits you!

After moving its storefront farther down 7th Ave, Stone Soup Company has only grown in size and reputation! They focus on fresh, healthy and full of flavor, using all-natural ingredients and home-cooked recipes made from scratch. With the largest selections of soups in the area, they are known as a good spot during a summer rainstorm for some down-home comfort food. Order soup and know that the locals that go without will benefit. For every cup of soup that is purchased, they donate a cup to someone in need! Feel good and eat well at Stone Soup Company in Ybor.

Club Prana is Ybor City's only 5 level nightclub including a rooftop patio! Each level offers different entertainment and a different vibe so no matter who you take to Club Prana, they can enjoy themselves. On each floor, there are great VIP options available but the third floor is strictly for the VIPs. When Club Prana opened its doors in 2000 with much anticipation, they were quickly a success and have become a staple in Ybor City. Since the closure of The Amphitheatre, Club Prana has only become more popular! The entrance red carpets are rolled out, welcoming you like a celebrity. Their friendly door staff will greet you and accommodate your VIP needs. As you pass through our grand front doors, the overwhelming feeling of pure excitement and beauty takes over. The impeccable amenities provided throughout this European high-energy lounge meet the highest of Tampa’s nightlife standards.

Though Zydeco Brew Works only opened last March, they have quickly become a hotspot for the beer connoisseurs of Ybor City. Open late at night on the weekends, it is also a great spot to stop at for New-Orleans-style eats like po’boys, gumbo, and jambalaya. When its owner Paul Rutherford first opened, he was the first to bring New-Orleans eats to Ybor City!

Maybe you saw it on Diners, Drive-Ins, and Dives and maybe you noticed it’s the highway to flavortown? Even Guy Fieri knows that Tampa Bay Brewing Company is one of the best spots in Ybor City. This brewpub serves Tampa Bay's finest brews and cuisine. Always brewing fresh beer, choose from the regular beers or seasonal beers which change often. Growlers are now available so you can purchase their in-house brews to go.

When it comes to lit locations on any given weekend night, it’s almost impossible to show up at Bad Monkey without seeing that it’s packed from the curb. Head inside for a fun night with great drinks, constant specials, and live entertainment. If you’re someone who needs something more than just good conversation to fill your night, Bad Monkey has games like giant Jenga, darts and more for you and your friends to compete in!

When my friends call and tell me that they’re going to Double Decker, I am obligated to say yes. This is so for a three important reasons:

Double Decker has the best karaoke in town. Both veterans of the small stage and newbies to Ybor City are encouraged to take a pic from their 20-page book of songs and share their talents with the entire establishment. They also have great drinks and a more chill outside bar in the back of the restaurant. Whether you want a good laugh with your friends or a casual night out, Double Decker is a great spot!

Top 5 Destinations for Things To Do in Ybor City

If you love small venue concerts or EDM music, you have probably quickly become a regular at The Ritz. The RITZ Ybor is Tampa's premier special events and live music venue with over 17,000 sq. ft. of event space amid three unique rooms, full liquor bars, and a state of the art lighting system. In the past year, the stage has been home to many different acts like Steve Aoki, 6lack, Galantis, Jauz and more of the world’s best hip hop and EDM acts. Check out the full calendar of events here so you don’t miss out on one of your favorites!

The Orpheum is a live music and concert venue that is now located on 7th Ave and features national acts as well as numerous local bands, usually under the umbrella of alternative or indie rock. This is an all-encompassing party zone where they serve beers bigger than your head with a side of intense music on the side!

If you’re in need of a good laugh, Tampa’s Improv Comedy Club has your back! The Improv Comedy Club and Dinner Theatre has been the career launching pad for dozens of the familiar faces of television and film. Before becoming a cast member on NBC's ‘Saturday Night Live,' David Spade was a "local comedian” at the Improv in Tempe, Arizona, hosting shows regularly. Bette Midler was a cocktail waitress at the Improv in New York, where she was given the opportunity to exhibit her vocal talents. Other Improv alumni include Lily Tomlin, Robin Williams, Jonathan Winters, Adam Sandler, Jerry Seinfeld, Drew Carey and the list goes on. Today, the Improv continues to showcase performers well on their way to join the ranks of the Improv's famous veterans.

If you’re a skater boy then you probably know that the City of Tampa makes it hard for you to street skate, but they also built the beautiful SkatePark of Tampa so you’d have room to skate your heart out! The Skatepark of Tampa (SPoT) is a world-famous skatepark located just outside of Ybor City. Since its inception in 1993, the skatepark has been a local hangout and has hosted events with pro skaters from around the world who have hit the ramps, rails, and pipes.

For more on Ybor City and all of its greatness, head to the Ybor City neighborhood page on 813area! After all, we are your go-to local guide to Tampa! 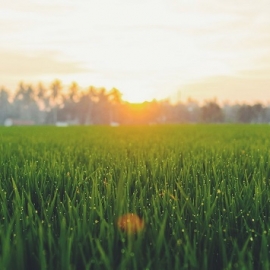 Your Go-To Guide for Brandon and Riverview! | Dining, Nightlife, Things To Do and More! 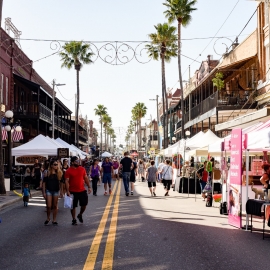 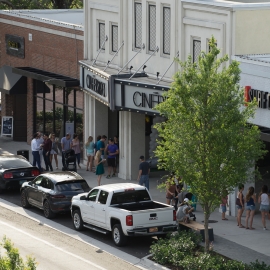 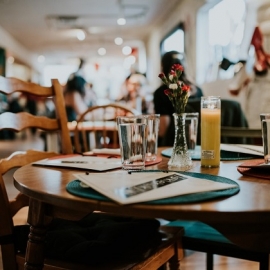