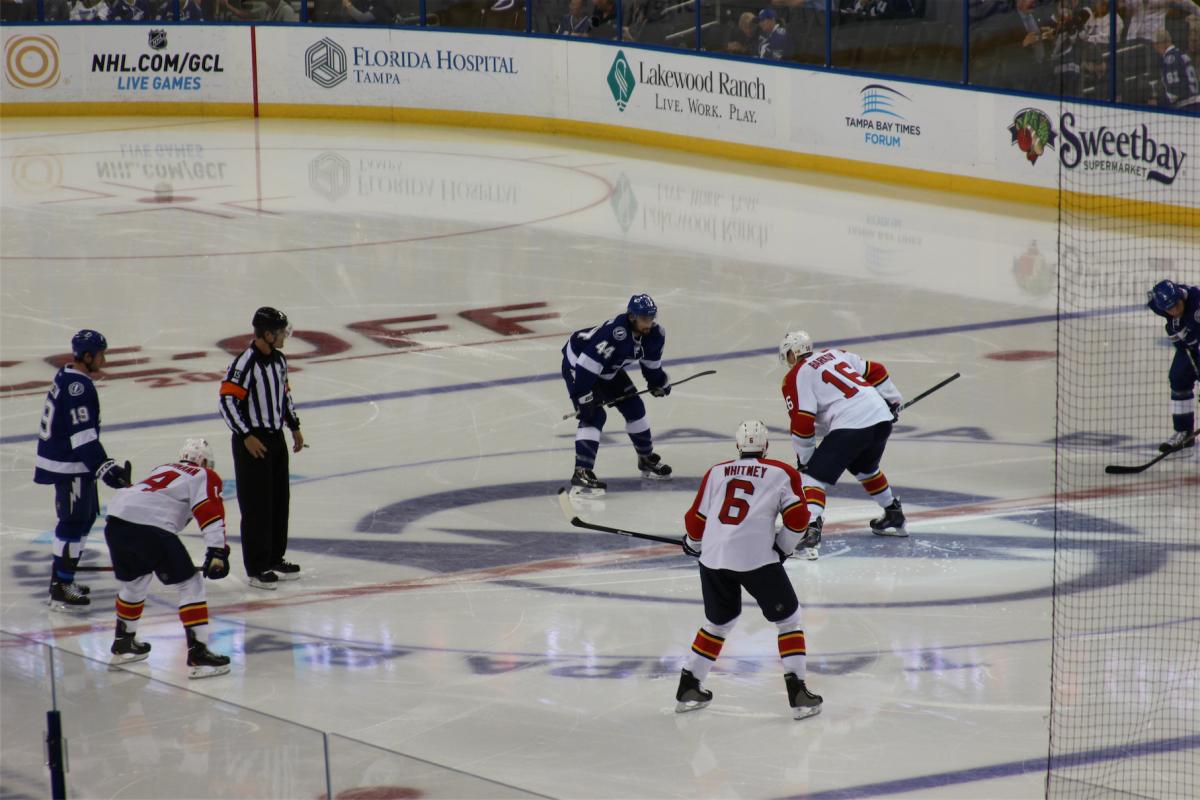 There's much to love about Tampa: warm weather, amazing food, vibrant neighborhoods, and incredible people from all around the world.

Decades ago, no one could have imagined that the icy sport would have such a vivacious fan base in this tropical town, but with profound success in recent years, the Lightning has become one of the NHL's hottest teams and one of Tampa Bay's most celebrated points of pride.

Where do locals go to cheer on their hard-hitting, goal-scoring, championship-winning team? Check out our list of the best places to watch the Tampa Bay Lightning below!

Any proper list of the best places to watch Tampa Bay Lightning games has to begin at Amalie Arena itself in Downtown Tampa. Of course, tickets to the game are nice, but who needs tickets when you can watch all three periods of intense hockey action at Ford Thunder Alley right outside of Amalie Arena?

Games are shown on the jumbo screen with vendors on hand to satiate your hunger and thirst. Bring a chair and join a few hundred Lightning fan-kindred as you cheer on the Bolts to victory!

When you ask locals, the quintessential sports bar for watching Lightning games is Hattricks. Adjacent to Amalie Arena, Hattricks has been the place to be for Lightning watch parties since 1997, when Amalie Arena first opened.

Related content: 20 Extraordinary Restaurants That Create the Flavor of Tampa 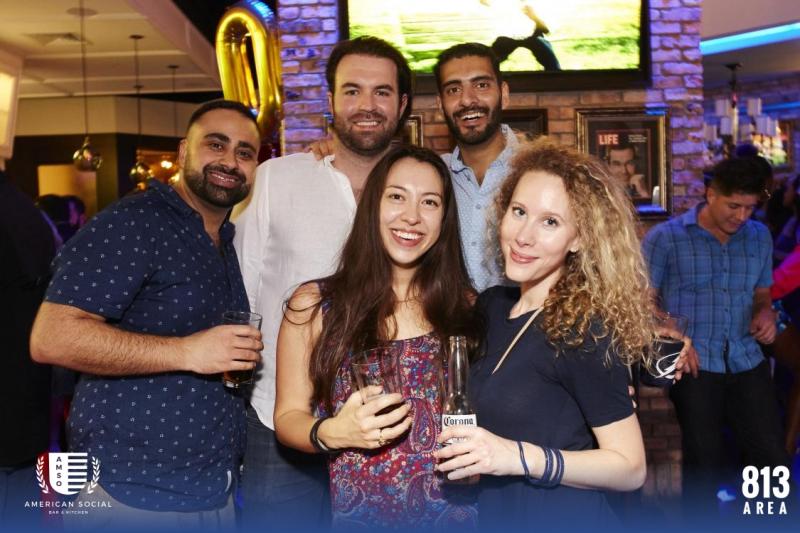 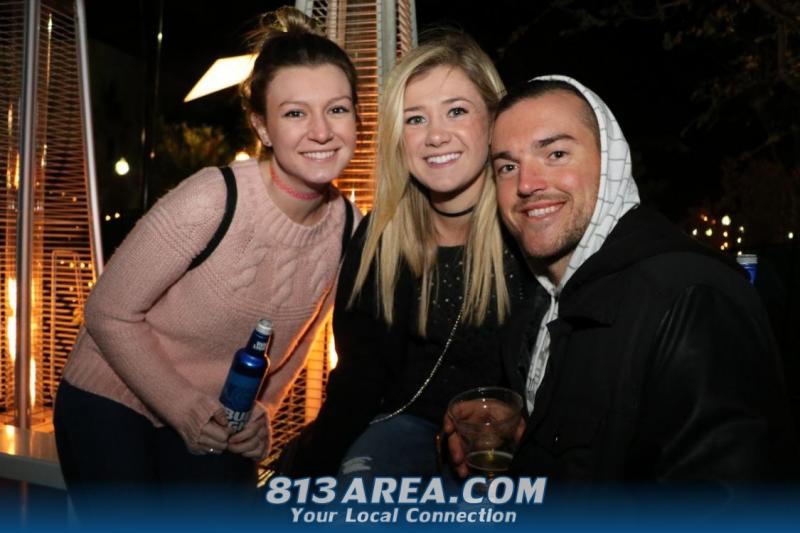 MacDinton's in South Tampa is a great place to watch just about any sport, and with the local pride for the Bolts, it's an incredible place to take in the energy of the game with food and friends.

Yeoman's has British roots but is one of the biggest supporters of the Tampa Bay Lightning and their fans. Being one of the closest bars to Amalie Arena, Yeoman's is always one of the best spots to catch a game, go to an after-party, or attend a bar crawl at. 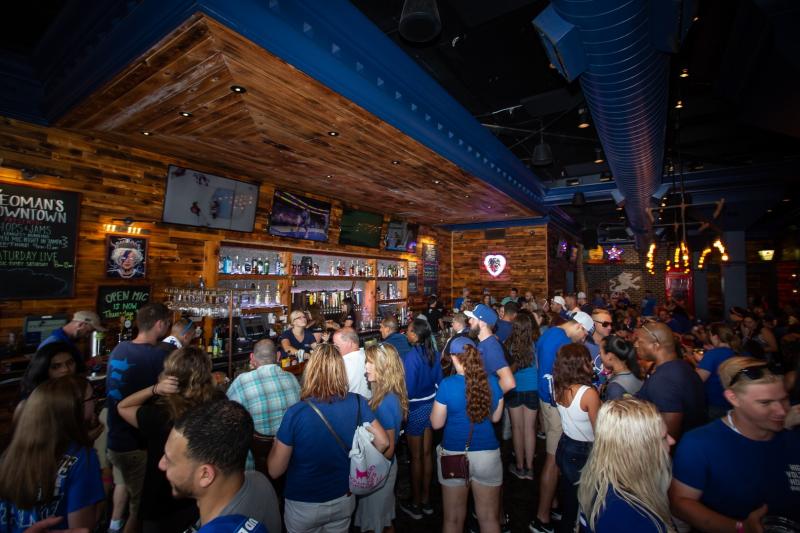 The Pint and Brew

The Pint and Brew is your Downtown Tampa hotspot if you want to catch the Lightning game and grab a beer. You'll be able to browse your favorite beers while watching your favorite team.

The Patio in South Tampa is one of the best sports bars in town and one of the best places to watch the Lightning in Tampa. Being known for supporting the Gators, The Patio delights all Tampa teams with drink specials and great happy hour. 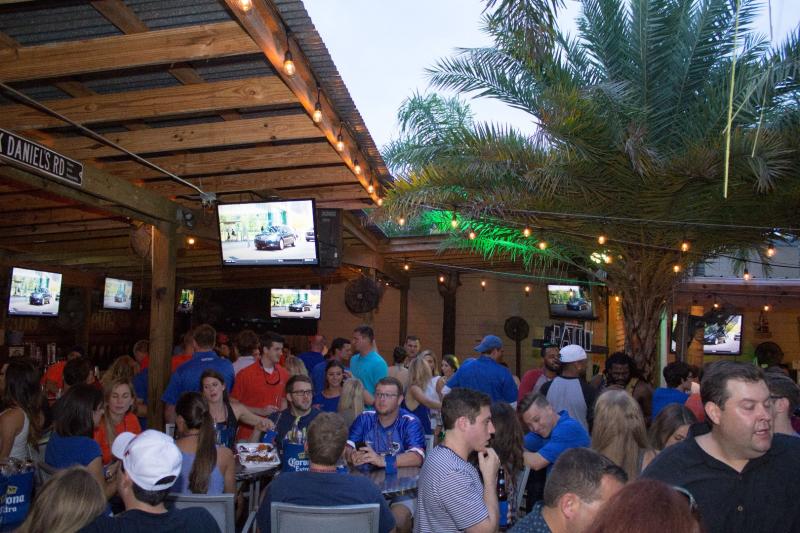 If you want fun at a sports bar, head to Ducky's Sports Lounge for all kinds of entertainment. They have bowling, drink specials and so many TVs to watch the Lightning!

By energizing fans with their spectacular performance on the ice, the Tampa Bay Lightning is one of the NHL's most dynamic teams to cheer for. Combine that with food, drinks, and friends, and you've got yourself an electric atmosphere that truly defines Tampa as the "Lightning Capital of the World."

Whether home or away, Tampa continually offers great venues and events to cheer on and celebrate their home team. Discover watch parties and more events in Tampa by registering on 813area, your free guide to the Tampa Bay area.