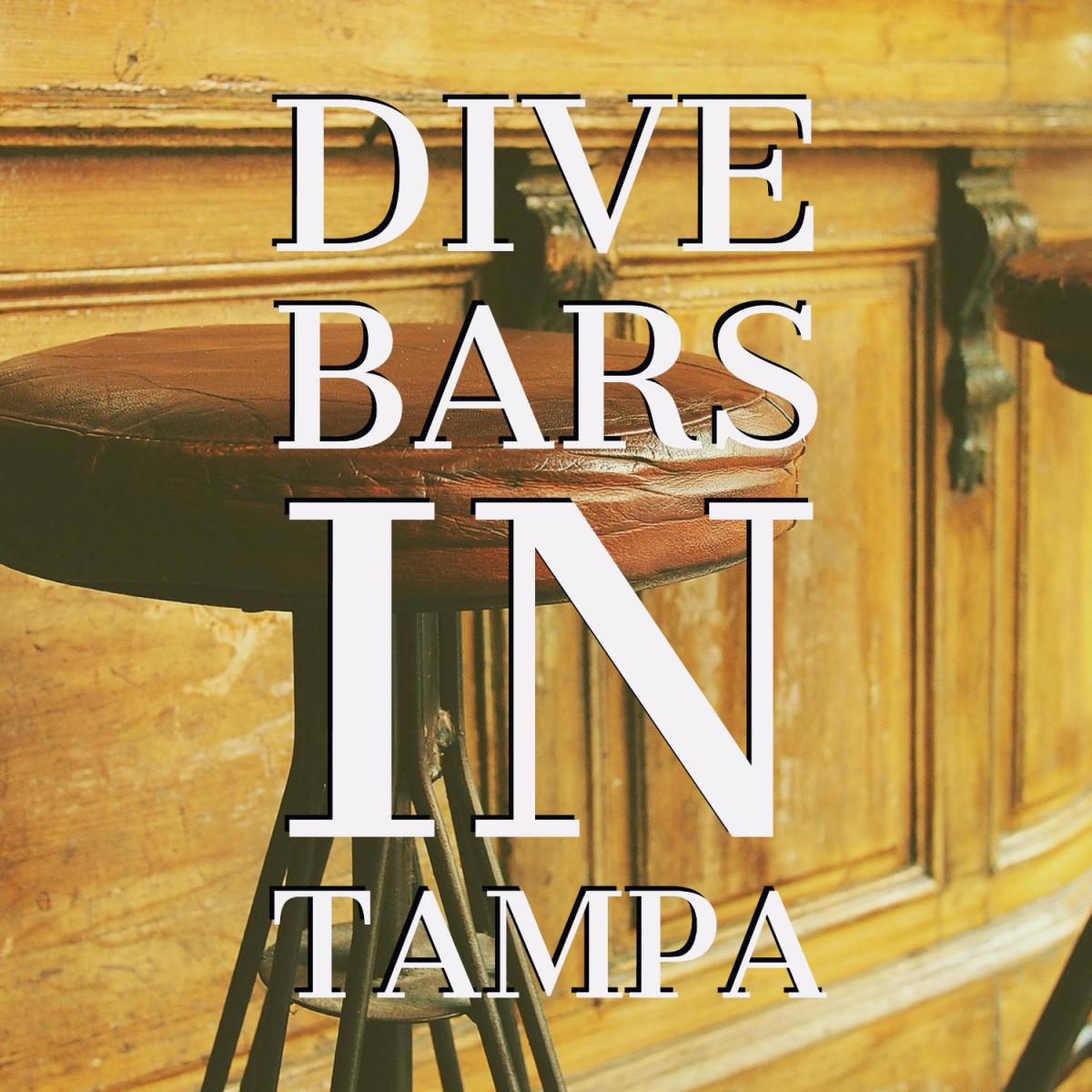 Yeah, the upscale lounges and trendy bars are nice, but sometimes an old smokey PBR bar will do the trick for like, half the price too.  Whether you're meeting up with friends or grabbing a quick 5 o'clock drink after work, there are a ton of great neighborhood and dive bars in the Tampa Bay area to choose from.  Here are a few we love.

The Hub - The Hub is a Downtown Tampa institution when it comes to great drinks in an awesome dive bar environment.  Celebrating its 60th year, The Hub was Downtown Tampa's first bar and package store. Complete with the prerequisite dimly lit atmosphere, strong pours, a jukebox, and live music on certain nights, The Hub is the place to be for a no-frills drinking experience in Tampa. in its first incarnation, The Hub was a piano bar where toney locals dressed in their best (No jeans and T's allowed.) to be seen.  The Hub was THE place to be if you were a judge, attorney, bastion of business, or a mob boss.  Which explains why today The Hub still does not serve bottom-shelf liquor and is known city-wide for generous pours. Jeans and T's are preferred today, though it is not unusual to see sequins now and then. Stop by this historical dive bar and see why then and now this Tampa treasure remains a true cocktail bar. 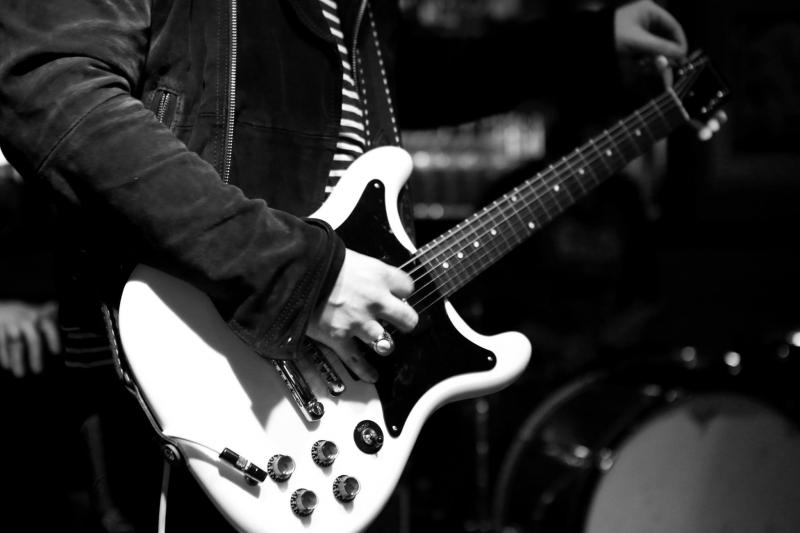 The Pegasus Lounge - The Pegasus is a North Tampa dive bar with a great rock n' roll vibe.  Head out and catch a local rock band, or stop into the Package store. Around since Nov. 1961 Pegasus Lounge was originally called The Office Lounge. Julie Bible was the brainchild behind original live music following the purchase of the Pegasus Lounge in 2001. Stop on Wednesdays for Pornaoke; not your grandmother's karaoke, Pornaoke is played while pornography flashes on the screen behind you.  Pegasus is warm and inviting thanks to Julie and the fantastic staff who welcome you to this North Tampa dive bar.

Tiny Tap Tavern - The Tiny Tap is a cozy neighborhood bar in the Hyde Park area of South Tampa on Morrison Ave.  Current owner/operator Casey Powell, a Plant High football alum, took the place over from his dad a few years back.  Originally a gas station, the location became a bar in 1951; Casey's dad bought it in 1975. Casey explains, "My dad frequented The Tap before buying to observe the clientele.  He wanted to know who the nice people were and who the troublemakers were. Once he bought The Tap he banned the troublemakers from coming in and created the saying, "Be nice or be gone!", a model which stands today."  As a long-time fan and patron of the bar, I can assure you, this is NOT a 'pick-up' place.  Casey, a retired Sheriff's deputy ensures women feel safe at Tiny Tap.  Like many dive bars in Tampa, Tiny Tap is a melting pot of blue and white-collar people, yuppies, local celebrities, and pro athletes. How many dive bars can you think of where people ask to spread their ashes, hire violinists to play backdrop to their marriage proposal, fly in from out of state for a charity fundraiser or return on their wedding anniversary to have a drink at the place they met!  It's nearly impossible these days to find a business where NOTHING changed in thirty years, The Tap is one of those places. Message me on 813area and I will tell you something special about Taptoberfest, Tapsgiving, and Tapmas, three events we never miss! 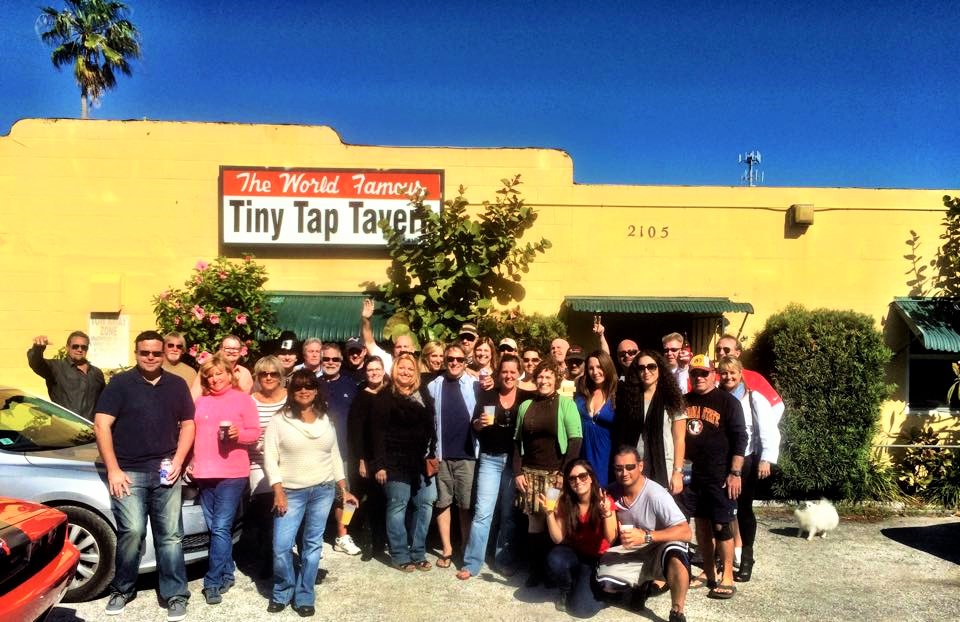 Reservoir Bar - This Ybor City dive is conveniently located just a stone's throw from Centro Ybor and clubs like The Ritz, Club Prana, and many more.  Stop in and grab a cheap drink before a concert at the Ritz or a nightcap after spending way too much money at the club.

Press Box Sports Emporium - It doesn't get much better than watching a high-intensity sports game in a neighborhood bar packed with all the fans.  The Press Box has been this place in Tampa for over 20 years.  Stop in, enjoy a variety bar fare and drinks, then cheer on the home team.