Explore Apartments Near The University of Tampa For Students Looking to Live Off Campus! 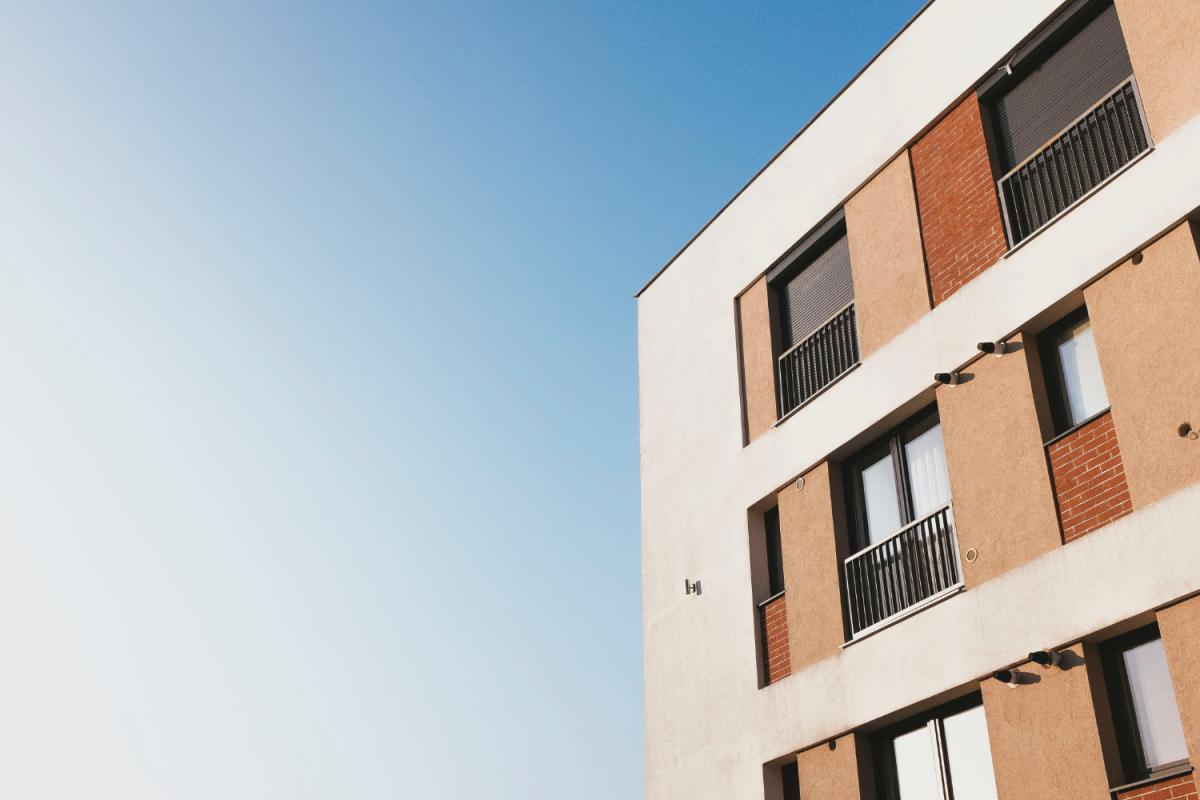 Students at the University of Tampa have been pushed off campus in the years following their freshman year as the housing policy has changed. Previously juniors and seniors got first dibs for on-campus housing, but since the University of Tampa is trying to appeal to incoming students more, freshmen and sophomores are now given priority housing over upperclassmen. So undergrad students who wish to stay at UT for the entirety of their degree are being pushed to find off-campus housing.

Fortunately there are plenty of options for the Tampa Spartans as they head to the Downtown Tampa, Hyde Park, and South Tampa neighborhoods near the growing UTampa campus. So here's one University of Tampa undergrad's list of some of the closest and best apartments near University of Tampa campus for students.

The Vintage Lofts at West End 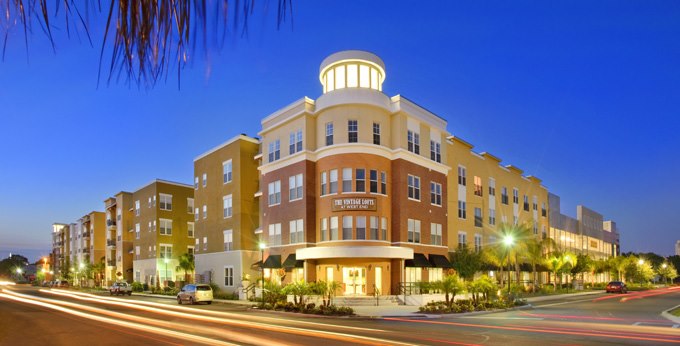 Vintage Lofts is as close as it gets to living in a frat house at UT. It’s only four blocks from campus and a 10-minute walk down Cass Street. But it's one of the oldest apartment complexes in the area and the decor is different from room to room. Some of these apartments near University of Tampa have granite countertops, and others are laminate that might look like granite online but are nothing more than plastic. They come in studio, one-bedroom and two-bedroom style apartments. Currently the one bedroom apartments cost $1,300/month, and two bedroom apartments start at 1,600/month. But if you had three people in a two bedroom the rent would only be $533 each and with three roommates you’d only pay $400 each, so if budgets are tight maybe try living with a roommate until at least your senior year??

Noho Flats is like the “newer” Vintage Lofts, and it happens to be just a block down the street. Still just a 10-minute walk from campus, but a more modern apartment with higher end appliances and less college students as neighbors. The complex stays quieter and they are pet-friendly, with dog parks and living rooms that have dog beds and treats for your furry friend. NoHo Flats has a nice modern pool area in Building 3, with grills and fire pits throughout the property. Studios, one-bedroom ($1200 a month), two-bedroom ($1700) and three-bedroom apartments available. Be sure to stop in the courtyard by Building 2 for their Food Truck Mondays, often accompanied by free beer!
401 N Rome Ave, Tampa FL Phone (813) 999-8900

Havana Square is the new kid on the block. And because it’s on the same street as Noho Flats and Vintage Lofts, it had to be more modern with an even sleeker pool. Perfect for every girls Instagram shot by the pool on a Sunday morning, they offer an even closer walk to Walmart and Starbucks but the hike to school is probably 20-25 minutes from Havana Square. They only have one-bedroom and two-bedroom apartments, but their prices are here to compete with both Noho and Vintage. A one-bedroom starts at 1,200/month and a two-bedroom starts at $1,900/month, but Havana Square will give you the most modern and sleek apartment in that neighborhood for a fair price.
400 N Rome Avenue, Tampa FL Phone (813) 570-855

If you have a car and can afford to live a bit away from campus, look into Bell Channelside Apartments as a lot of residents are University of Tampa students. With a Publix going into the neighborhood and a Crunch Gym already, there's lots of options for a healthy lifestyle. It's by the water so some of the apartments provide views of cruise ships leaving Port of Tampa. They offer one-bedroom, two-bedroom and three-bedroom apartments with high-end appliances, granite countertops and hardwood floors for a steeper price. The one-bedrooms start at $1,300/month, two-bedrooms start at $1,500/month and the three-bedrooms start at $1,900/month. But to live next to other students who are living a similar lifestyle and to have a pool outside your window, it’s not a bad price!

If you've got some bigger bucks, Element is the place to live! With views of the Hillsborough River and University of Tampa campus, it’s hard to resist living in this high rise apartment complex in the middle of Downtown Tampa. The five-minute walk along Tampa Riverwalk to campus each day, a free gym in the building, and a view of the sunset over the city like nowhere else makes these skyscraper apartments ideal. They come in one-bedroom and two-bedroom layouts, but the cheapest one bedroom is $1,600/month and the most expensive is $3,000/month. The cheapest two-bedroom is $2,300/month and the penthouse is $4,700/month. You get what you pay for in Element, and the more you pay the higher quality apartment and appliances you get. The penthouse probably suits a celebrity or big-time Tampa athlete perhaps? 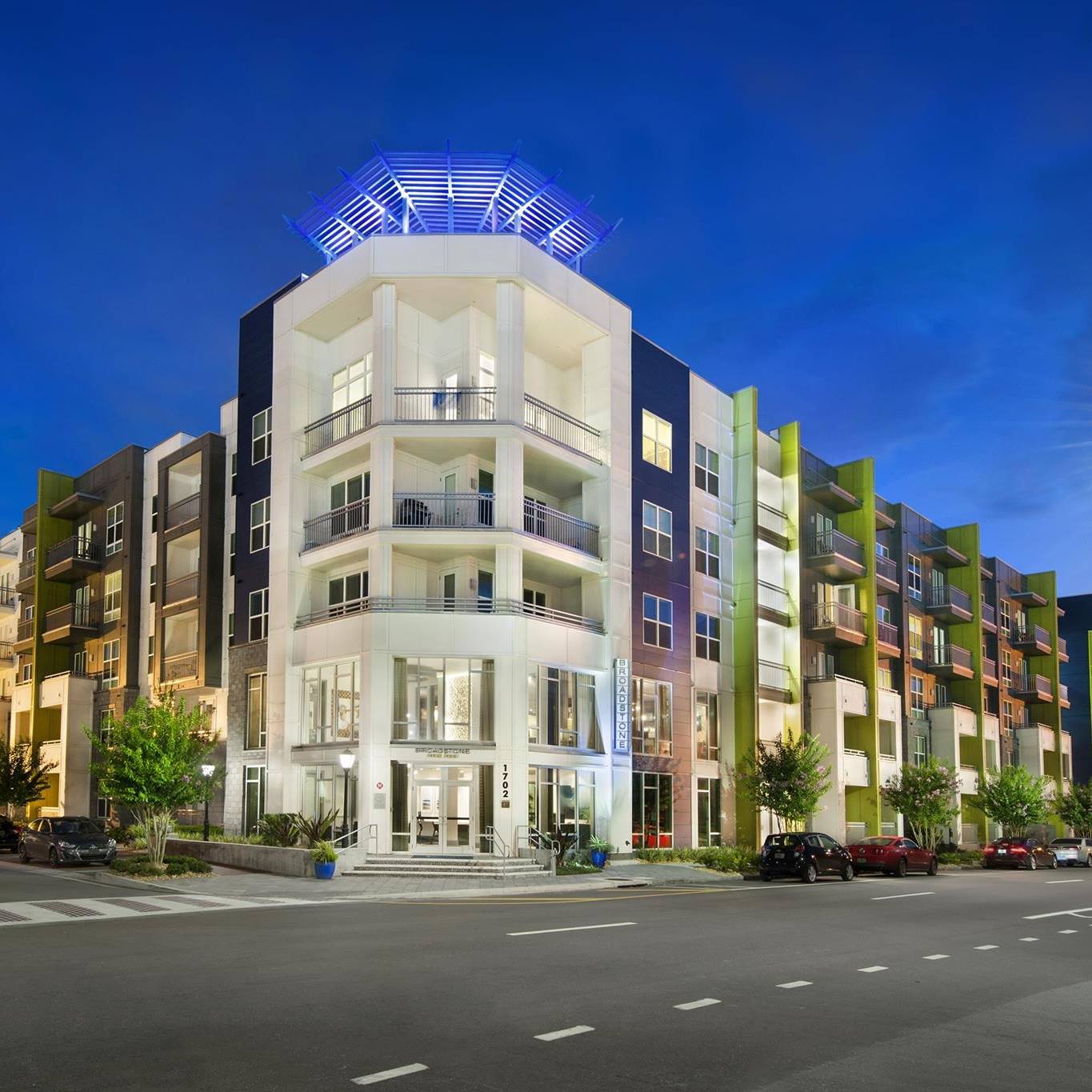 Bleecker Hyde Park, previously known as Broadstone, is the last apartment complex on Rome. It was built in 2015 and offers stainless steel appliances and hardwood floors to renters. Alongside their chic pool and its proximity to the school, students from UT seem to love it. The offer four different layouts: studios, one-bedroom, two-bedroom and three-bedroom apartments. Studios start at $1,300/month, one-bedrooms start at $1,500/month, two-bedrooms start at $1,800/month and three-bedrooms start at $2,500/month. Another perk to living at Bleecker is its proximity to the nightlife on South Howard Avenue and the SoHo District. Look at Bleecker Hyde Park Apartments if you need a spot for your pet to move with you, or if you want to get a first-time pet as the neighborhood is safe at all times of the day.

If you’re looking for an apartment that is not part of a complex, look in the Hyde Park and South Howard areas of town. There are older buildings that have been renovated into apartments and they are relatively affordable for students. A one bedroom starts at $1,200/month and a three-bedroom starts at $2,300/month. If you wanted to live in a house, the prices vary depending on your needs. For a one bedroom, they can go for less than $1,000/month but if you want to be within walking distance in an apartment near the University of Tampa, you might have to pay a little more. If you wanted to get four or five roommates, you could comfortably live in a three-bedroom house for less than $500/month. Also keep in mind that the older the building or house, the more issues that will arise over time just due to its age.

If you're looking for off campus housing and apartments near University of Tampa for students, here's a chart of the places I mentioned and their prices for each layout: