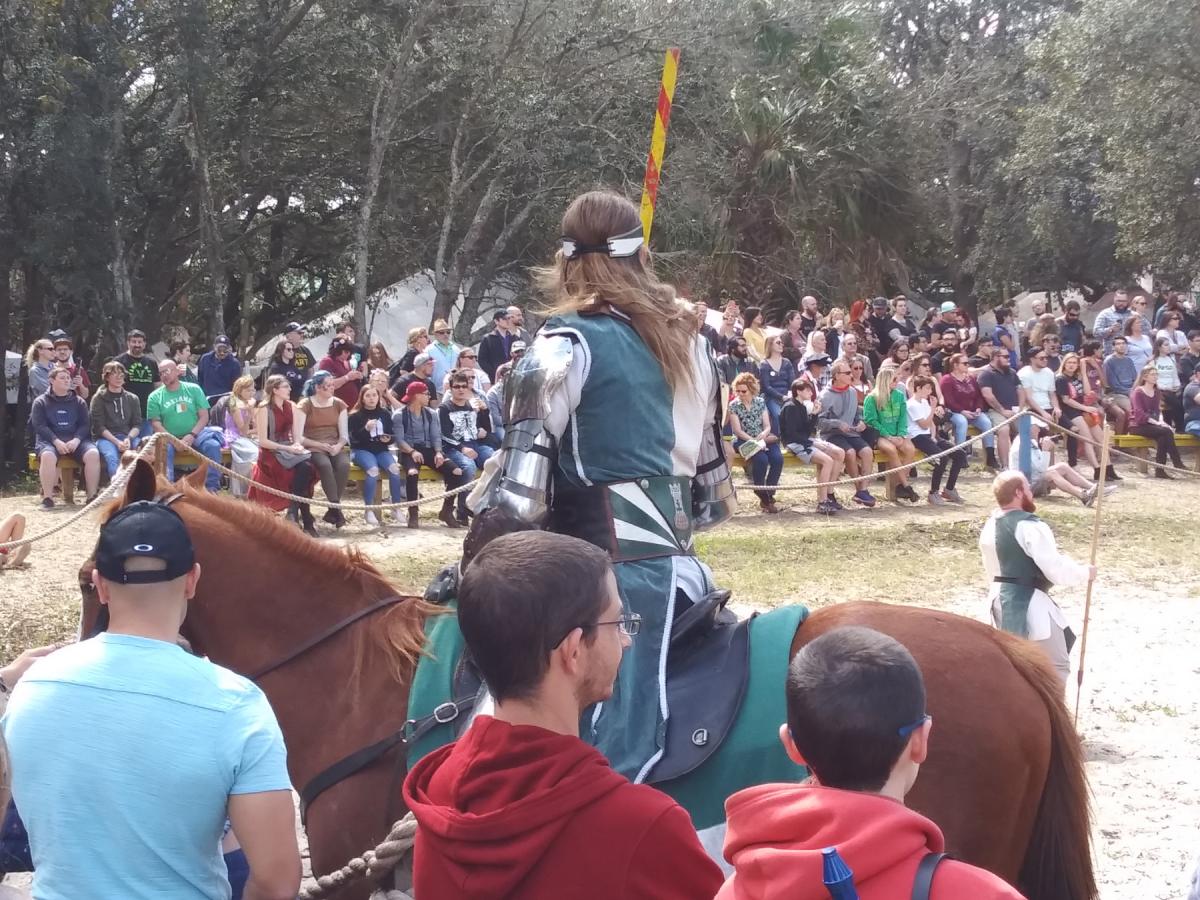 Confession time! It's been more than 15 years since I last attended the Bay Area Renaissance Festival and it was every bit as fun as I remembered from high school. Maybe even more, since I'm no longer (quite) as limited with my budget.

But let's start from the beginning. Sunday was a bit chilly earlier on, but a gorgeous day overall and as we approached the Festival the smell of cooking turkey legs, bacon-on-a-stick, and more roasted meats wafted through the air. Any more potent and we would have been floating along, Bugs Bunny-style until we reached the source of the divine smell.

After entering the gates we decided to make a circuit along the outer perimeter of the Festival, the better to see everything and then spiral inwards. This was an ambitious plan, but one that carried a lot of rewards in that we were able to see ALMOST everything the Festival had to offer.

RELATED CONTENT: A Day at the Bay Area Renaissance Festival

I didn't remember seeing half this many vendors during my last excursion, and the quality and quantity of leather clothing, steel armor, weapons of every type and size, bodices, corsets, chain mail purses, goblets, staffs, and so much more was almost overwhelming.

There were several booths that really caught my eye. One called Avatar which I would swear on a stack of bibles is the identical booth that I bought a 'magical staff' back in high school and even had similar models available forced me to stop and peruse. Another with posters, prints, and puzzles (say that five times fast), with the artist responsible signing, caused me to stop longer than any other booth. There were even signed prints of the Lord Soth art from the Dragonlance novels!  The nerd in me goes hard at the Renaissance Festival y'all.

After finishing our spiral, we were famished. The festival is WAY larger than I remember, but we still only took about 5,000 steps to finish our initial perambulation. Then it was time to eat!  Hawkers try to encourage you to buy their dishes, but options are everywhere and tasty at that. 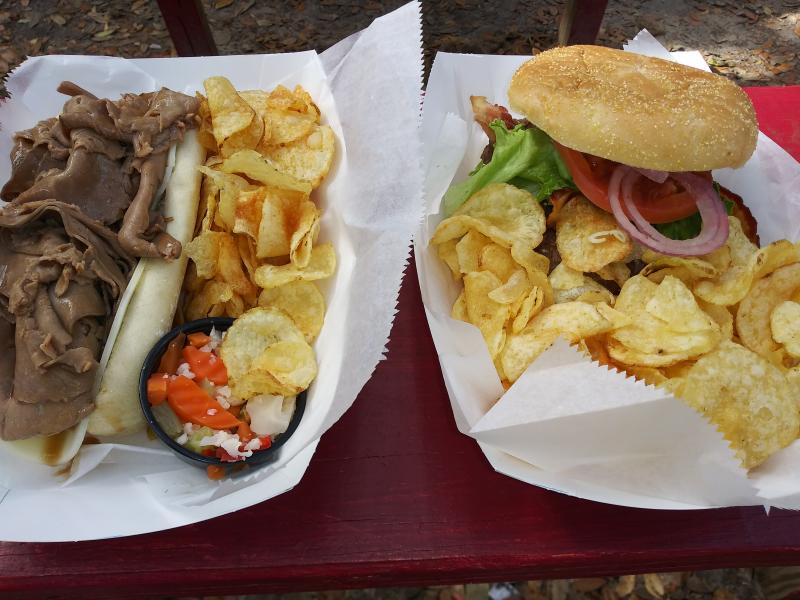 My Prime Rib sandwich went down well as did the hefty burger on the right. Portion control has no place at the Renaissance Festival, so I gleefully abandoned my diet and enjoyed this enormous sandwich and pile of chips.

Well fortified, my companion and I forged on and checked out some of the shows. There was one at the Washing Well Stage filled with innuendo and jokes that went somewhat above the heads of the youths in the crowd, but every adult was captivated and loving it. The Gypsy Stage has performances from lively bands and a talented belly dancer that will have you clapping along in no time.

A tournament with sword fighters of all kinds performs every few hours and was both funny and exciting, especially for the hosts of children lining the stands. Battle Chess also takes the stage, but that happened to be one that we missed. A jousting tournament that ended with some impressive displays of horsemanship and general combat ability was a blast and both fun and funny at the same time.

A petting zoo on our way out was our official last stop, the baby goats/lambs/possibly full-grown but very small ungulates, were almost unbearably adorable as they curled up together to get the most out of each other's warmth on this cool day. 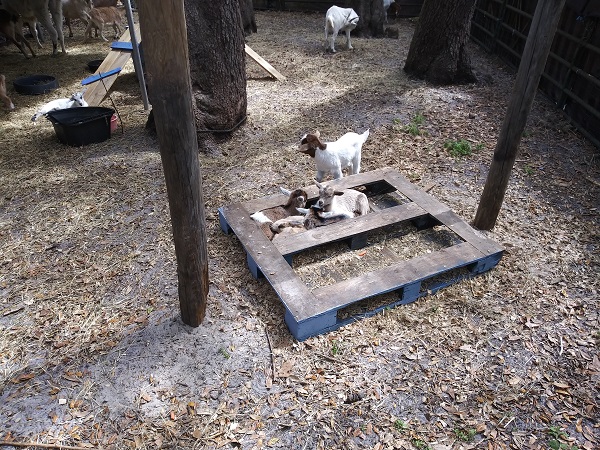 Not going to lie here, I fawned over these tiny mammals for a ridiculous amount of time. Then it was finally time to leave the Renaissance Festival and travel back to the 21st century.

There are four weekends left for this year's Bay Area Renaissance Festival, and each and every weekend has a different theme so you're never experiencing the same festival twice  I can recommend taking the family and having some great fun together and there are still eight more opportunities left!

If you do go, you're likely to see me, a couple of beers in, laughing til I'm almost crying while petting the baby animals until they get tired of me and leave. I hope you join me!

For more things to do in Tampa, connect with us at 813area, your free guide to Tampa events!