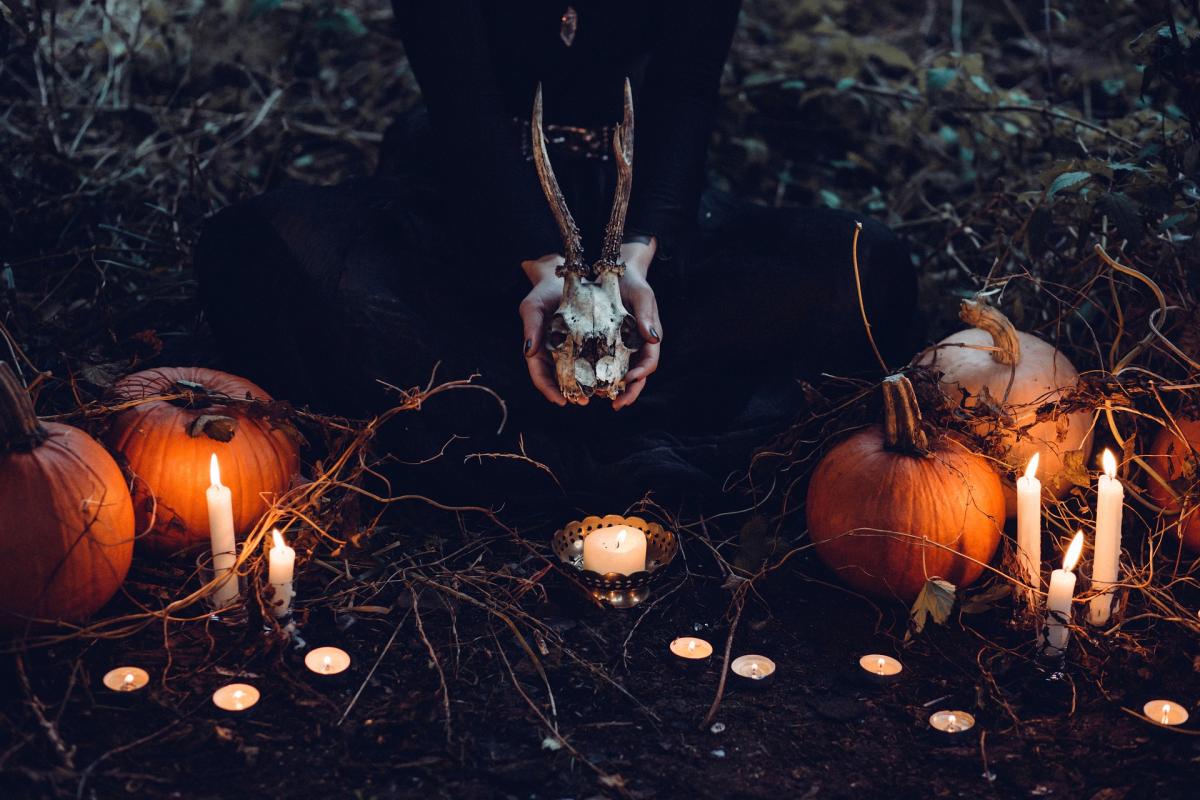 Spooky Season has just begun and what better way to celebrate it than the annual Downtown After Dark: Halloween in the City V1! This year CITY FESTIVALS will be hosting their 6th year of the infamous Halloween party hop on Saturday, October 26 featuring access to 5 venues across the Downtown Tampa area.

Be sure to check out all FIVE featured parties going on from 10pm - 2am with a costume contest happening at different times so you have FIVE times the chance to show off your costume for giveaways!

Party 1: Scooby Doo: The Blacklight Mystery Bash at at Four Green Fields @ Curtis Hixon Park with the DJ spinning Best of Top 40s, House and EDM for this "glow in the dark" bash!

Costume contest at Four Green Fields kicks off at 10:45 p.m.

Costume contest at Pokeys kicks off at 11:30p

Party 3: 90’s Throwback Party at Gen X Tavern is going to take you way back! Back to when the rugrats and super mario were on your screen, MTV still had music videos  and you were "Livin La Vida Lova". The DJ will be Spinning “Jazzy Jeff” style the best of the 90’s from R&B, Hiphop and Pop!

Must Try Signature Drink: "Down with OPP?"

Costume Contests at Gen X kicks off at 12:15a

Party 4: Dia De Los Muertos : Halloween Latin Night at Spain Restaurant & Toma Bar will have you dancing the night away with best of Latin, Merengue,  Bachata, Salsa and Reggaeton.

Costume contest at Spain kicks off at 1a.m.

Party 5: CarnEVIL MASk Party at Jerk Hut featuring their specialty cocktail of the night “Criminal Wine” and “A BloodClaat Shot.” Be sure to strut your costume at the last contest of the night at 1:45 a.m. at Jerk Hut!

Tickets are on sale now with all access passes for only $29 for a limited time before it increases to $39 presold and $45 at the door! Want to just enjoy one of five parties? Single tickets to each party is $10 presold, $15 at the door.

Tickets for this Halloween extravaganza are available on Eventbrite, so be sure to get your tickets and celebrate the 6 year annual Downtown After Dark: Halloween in the City VI on Saturday, October 26. 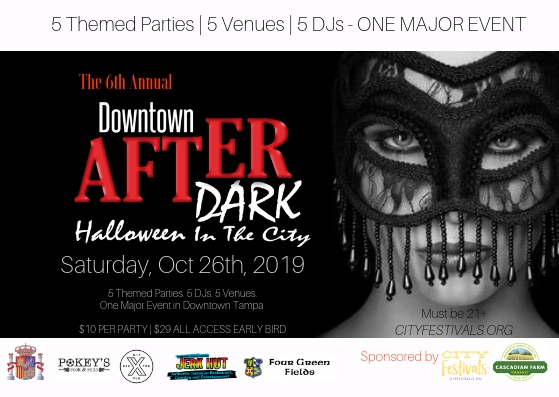 To find more things to do in Tampa Bay area, register at 813area.com, we've got you covered!