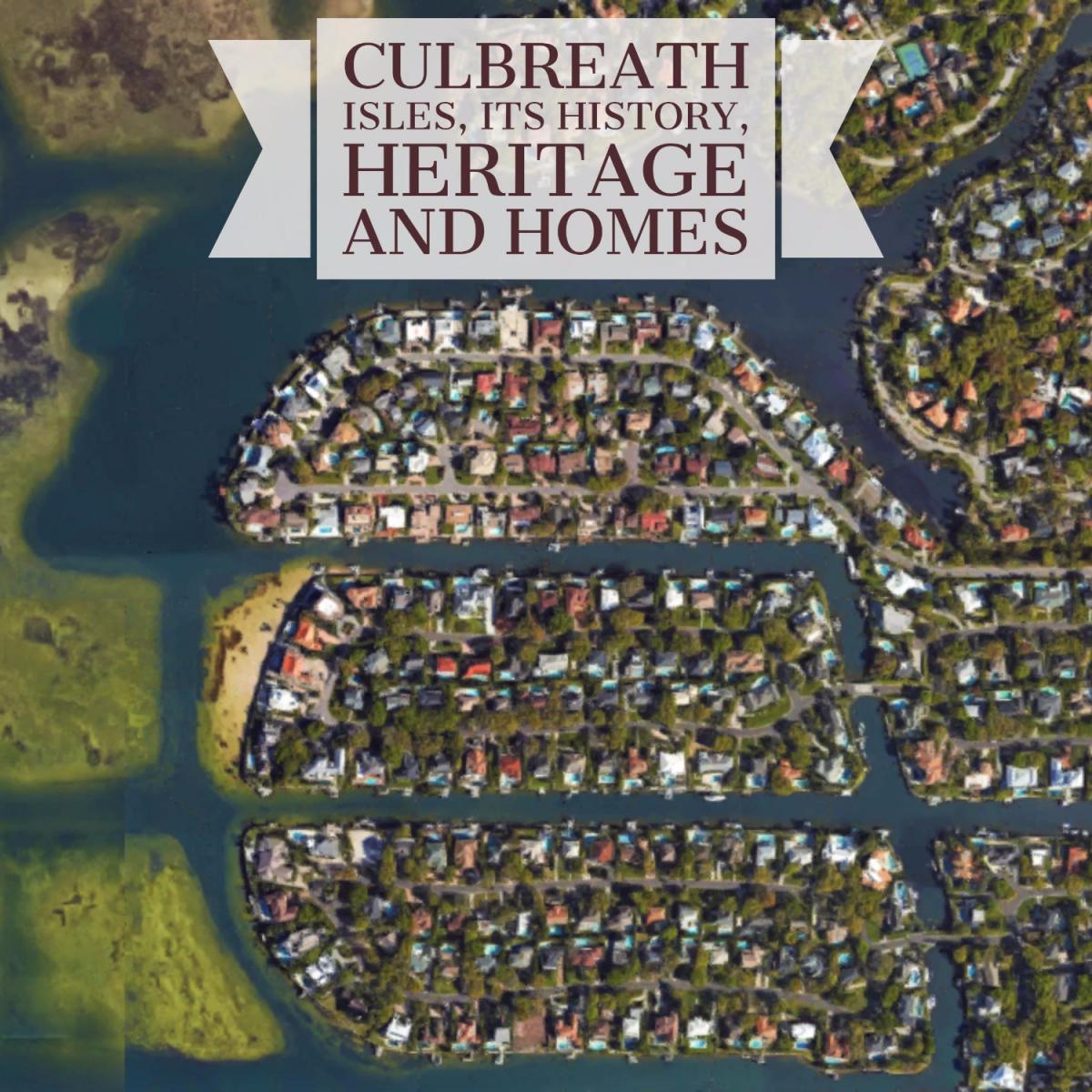 Curious about Culbreath Isles? Most people are as they pass the beautiful gateway on Westshore Boulevard, peering beyond the guardhouse to the bay.  Wishing they could drive in most people drive by, not realizing Culbreath Isles is a public neighborhood, not private, and you needn’t know someone to examine this highly desired neighborhood of single-family, waterfront homes set under a canopy of mature trees by the bay. You will need to check in with the guard to enter. Let's take a peek inside this exclusive South Tampa community and explore its history, heritage and homes.

The “isles” are a series of canals designed by a local developer in the early 1960's to maximize waterfront access for boaters and guarantee exceptional views for homeowners. Driving past the gate beyond the high concrete walls surrounding this million-dollar community, you quickly realize power lines do not mar views from the expertly maintained lawns and homes inside this quiet, family-oriented neighborhood of winding streets.

Bordered by Beach Park to the north, and the waters of Tampa Bay to the west and south, Culbreath Isles is made up of less than 200 homes, and 600 people, nearly half of them with children under the age of 18. The school district for Culbreath Isles includes three A-rated public schools:  Mabry Elementary, Coleman Middle School, and H.B. Plant High School, with several private school options available.

Many of the homes in Culbreath Isles front deep-water canals and include swimming pools, massive outdoor decks and boat docks designed to accommodate large watercraft. The sunsets and fishing are great, you can paddleboard, kayak, ski, sail, cruise and more right from your backyard. And the airport, it’s only 5 minutes away! 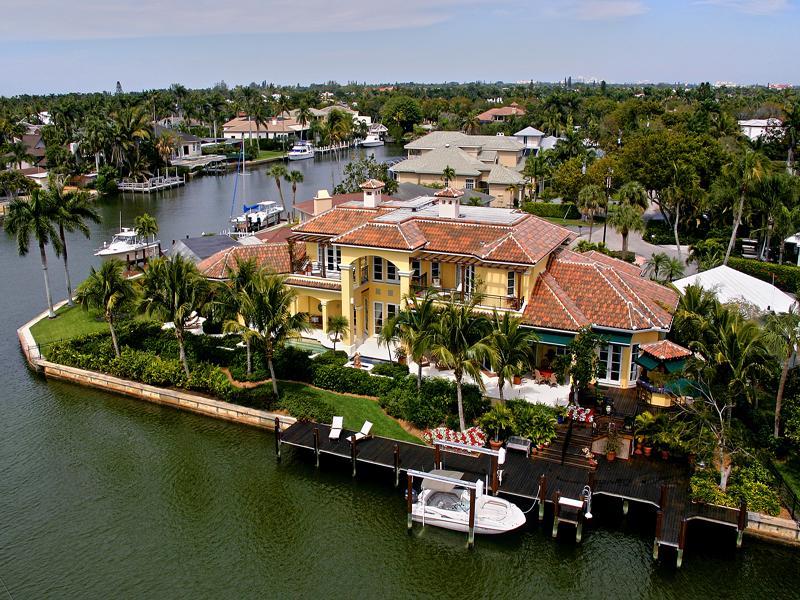 Culbreath Isles has an interesting heritage, the neighborhood was named for Colonel Harry C. Culbreath, a Confederate Civil War vet who settled in Tampa from South Carolina. Col. Culbreath, married Matilda, and is buried in Hopewell Cemetery where from Avaline to William no less than 43 Culbreath family members are historically recorded. One of Harry’s sons became quite a figure in his own right, and a most distinguished gentlemen known to most as, H.L.Culbreath, Harry Lee married an equally dynamic woman known as Betty Culbreath-Gibbons. (Theirs is an interesting history too). Joe Byar's, the 1960's builder of Culbreath Isles, successfully built Culbreath Isles as the first Tampa community to secure itself with a 24 hour guard gate behind concrete walls. Though the streets are public, you must check in with the 24 hour guard before entering. Joe, an avid sailor, named many of the streets in his beloved Culbreath Isles after favorite places to visit in The Bahamas: names like Andros, Lyford Cay and St. Croix...

What will you find Near Culbreath Isles?

Besides being mere minutes from the airport, Culbreath Isles in central to everything! Close to prime shopping areas like Westshore Plaza and International Plaza and Bay Street Culbreath Isles is also near exclusive boutiques, like Why Not Boutique, a fun place to meet neighbors for trunk shows as you discover unique clothing, accessories, and gifts together.  Also on the peninsula are Palma Ceia Golf & Country Club and countless 4-star restaurants and eclectic eateries sure to please every palate.  Places like:  Jasmine Thai, Six Tables,  Roux Tampa,  Ava Inspirato Italiano,  Bern's Steak House, Haven, Oystercatchers, Armani's,  Ulele, Columbia Restaurant and dozens more.

Interested in seeing available Properties in this Exclusive One-Of-A-Kind Neighborhood?

We recommend contacting a luxury real estate concierge!  A concierge goes the extra-mile when showing properties and one of the best in this area is Lynn Richey of Richey Homes. As a long-time resident of South Tampa and an Internationally certified realtor at Premier Sotheby's International Real Estate, Lynn can connect you to luxury real estate in Tampa, Davis Islands, The Gulf Beaches, Gold Communities, Westchase, Waterfront and the Equestrian communities.  Give her a call to see available Culbreath Isles homes today, and see the difference a Luxury Real Estate Concierge can make. 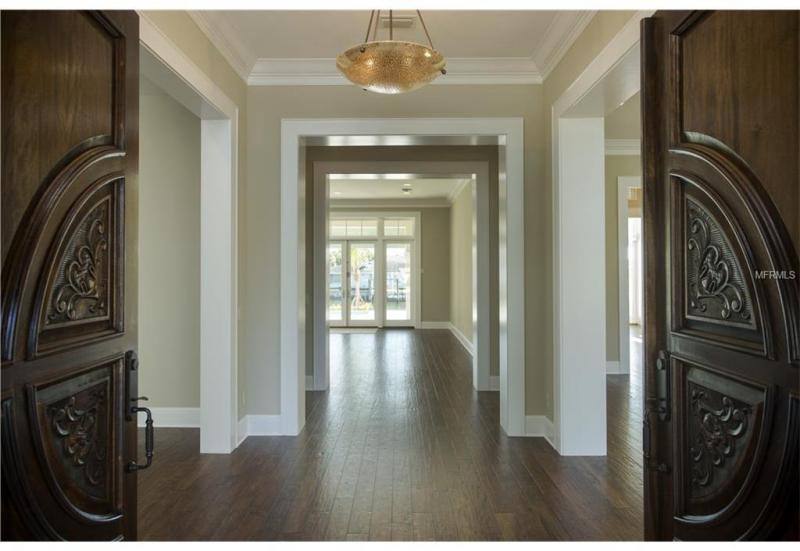