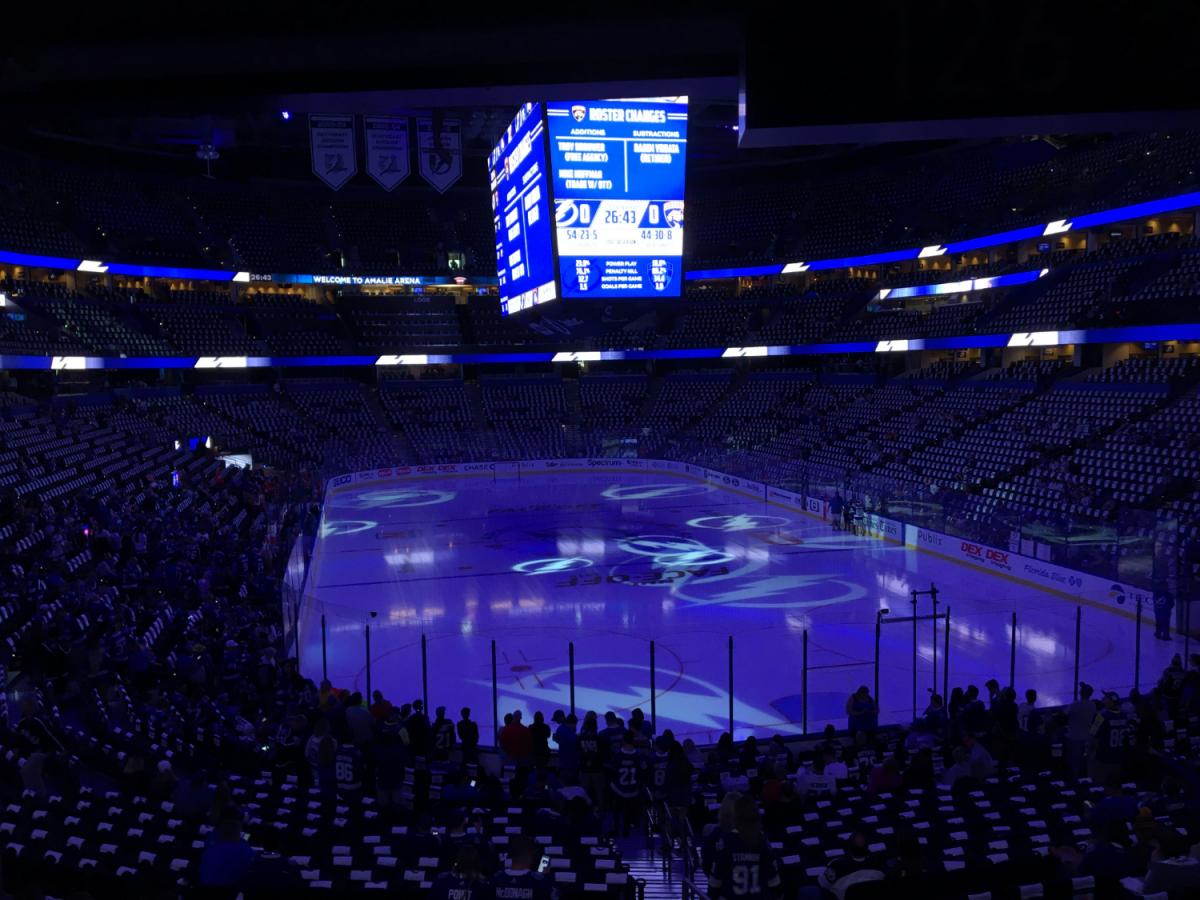 Last week, Lightning fans were in a panic. They had a less than convincing win in their season opener against the Florida Panthers, a 2-1 shootout win in which they were outshot 43-29.

Five days later, despite a strong first period, Tampa Bay allowed four goals in the third against the Vancouver Canucks and lost 4-1. The usual cynical crowd came out of the shadows, (rightfully?) questioning this team’s preparedness for the season. ‘Is this team really a Cup contender?’ they wondered.

The Bolts proved the doubters wrong, as well as calming the nerves of the fanbase, in an 8-2 thrashing of the Columbus Blue Jackets over the weekend.

Brayden Point scored his second and third goals of the year, adding an assist to lead all skaters with three points on the night. Yanni Gourde had a goal and an assist, as did Nikita Kucherov. Victor Hedman, Cedric Paquette, Alex Killorn and JT Miller scored the other four goals.

“It’s good to get that first one out of the way for some guys,” head coach Jon Cooper said. All of the goal scorers except for Point netted their first of the year.

Josh Anderson and Oliver Bjorkstrand scored in the second to make it 3-2 – and let that doubt creep back in – but Point scored with 45 seconds left in the period to restore the multi-goal cushion. Tampa Bay would explode in the third period with four goals, including one with 0.2 seconds left in the game, to put the exclamation point on the statement.

The power play, which had gone goalless in its first eight opportunities, contributed half the tallies, yet another way this team erased doubt amongst its fans.

“It was nice for the power play to score,” Cooper said. “I liked the way we put ourselves in a lot of positions to score tonight.”

It seems all it took to jumpstart the offense was some tinkering with the top six.

On opening night, with Tyler Johnson out with an injury, the top line was Steven Stamkos between Kucherov and Miller. Point centered the second line, with Ondrej Palat on the left and Gourde on the right.

With Johnson returning to the lineup against Vancouver, Palat was moved up to the Stamkos line and Miller was moved down to the fourth line.

But the forwards continued to struggle to find the net, scoring only two goals in two games, and more changes were made during practice. Kucherov and Palat were reunited with Johnson, a line that terrorized the NHL during the 2014-2015 season, while Point and Gourde joined Stamkos on his line.

The changes worked for the most part. All four of the even strength goals were scored or created by a member of that top six, and all six of those players found the scoresheet.

“As coaches you’re trying to put guys in best positions to succeed for the benefit of the team,” Cooper said. “That’s all we’re doing. It worked out for us tonight.

“I liked a lot of what went on tonight, so it was nice to see them get the goals.”

Obviously, the Lightning are not going to score eight goals a game. And the despite the explosion, they still only have five goals at even strength through three games (for context, last season the Bolts recorded their fifth goal at even strength 3:30 into their second game).

“Just cause you score a few more goals tonight there’s no bonus points for that,” Cooper said. “Good win at home and we’ll get ready for the next one.”

Tampa Bay hasn’t answered all the questions and the more cynical fans will continue to point this out. But performances like last Saturday, well, it’s a start.

Follow Kevin Erlendsson all season long for Bolts coverage here at 813area. And be sure to register to receive updates on all new Lightning content!