No. 18 Mississippi State to play Iowa in 2019 Outback Bowl 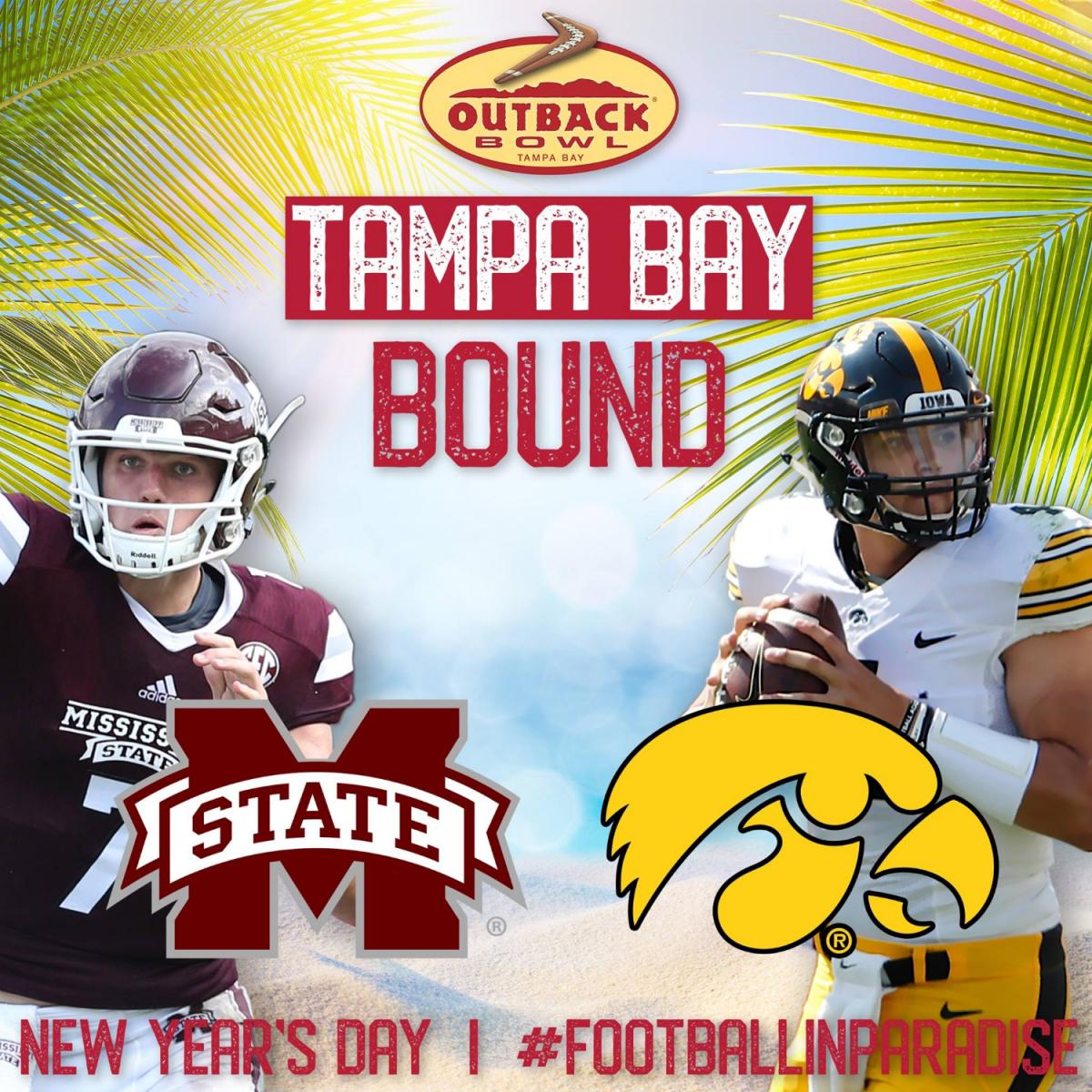 ‘Tis the season for a really good line up of bowl games including the New Year’s Day matchup between No. 18 Mississippi State Bulldogs and Iowa Hawkeyes in 2019 Outback Bowl. While the Hawkeyes return to Tampa for their sixth time, this will be Bulldogs first appearance, and the first time the teams have played each other.

The Bulldogs enter the Outback Bowl with an 8-4 record where all losses came against teams in the top 15. They boast the No. 1 scoring defense in the nation, as well as being No 1. In the SEC in total defense, pass defense, pass defense efficiency, and opponent third down conversion percentage. They are second in sacks and third in opponent first downs as well.

Also ending their regular season with an 8-4 record, the Hawkeyes are looking for another W to add to their sixth consecutive winning season. Iowa ranks in the top three in the Big Ten in eight statistical categories. They are first in scoring defense, interceptions and sacks against, while finishing second in sacks, opponent first downs, total defense, and rushing defense. Iowa also finished third in third-down conversions.

Iowa head coach Kirk Ferentz is now in his twentieth season with the Hawkeyes and is capping off his tenth winning season. Mississippi State head coach Joe Moorhead is in his first year as head coach and is looking to secure his first bowl game win.

But as with all bowl games, it's not just the game but all the events that surround it.

Dec. 27th: Team Night with the Tampa Bay Lightning as both teams head to Amalie Arena to see the hottest team in the NHL take on the Flyers.

Dec. 28th: After both teams visit Tampa General Hospital, they head to Splitsville for a fun evening out.

Dec. 29th: The teams hit Busch Gardens for the day,

Dec. 30th: A day at the beach in St. Pete, followed by the Gridiron Gala that night at the Tampa Marriott Waterside Hotel & Marina.

Tickets for the January 1st game are currently available and start at $80 each. The game will kick off at Noon at Raymond James Stadium and will be televised on ESPN2.

Looking for more coverage of sports in Tampa Bay? Check out 813area, and be sure to register. It's free!