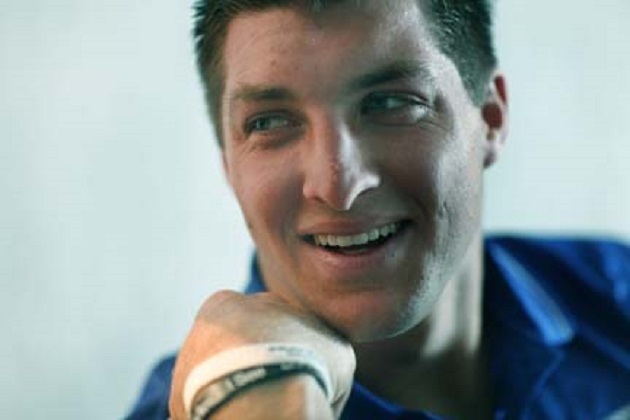 Yes, Tim Tebow is headed to the Bay Area to play ball and No, not as Jameis Winston’s backup QB with the Bucs. He’s coming to play baseball for the St. Lucie Mets in the Florida State League.  And St. Lucie will visit Tampa and Clearwater in August.  So get your tickets now!

When will they stop?  Probably never.  "It’s a Mets’ publicity stunt," they cry, "He has no business playing professional baseball." or,  "He’s taking the place of some kid who deserves the chance Tebow is receiving." Personally, I’m tired of the haters.

The Mets promoted him from the Columbia Fireflies of the South Atlantic League, where he wasn’t exactly lighting up the Fireflies lineup, hitting .222 with 3 homers, and 18 extra-base hits in 63 games.  But he was improving. “His recent last three weeks are actually trending pretty well,” said New York Mets’ GM Sandy Alderson.  “Given all the other circumstances, age and so forth, we thought this was the right time to promote him.”

Where he was excelling, was at the gate.  Attendance is way up in Columbia, and there were sellouts throughout the South Atlantic League.. clearly because of the presence of Tim Tebow.

Does he deserve this chance?

“For me, it’s not something I have to answer,” Tebow told reporters.  “There’s a lot smarter, wiser people than me who make those decisions.” The haters will always be there, but a vast majority of people love Tim.  He’s a genuine man, a religious man, a Christian who lives what he believes.  He tries to find the good in everyone and helps the downtrodden.  He leads mission trips around the world, to give aid, both spiritual and financial.. to those who need it.

Sure, there are those who love Tebow for his good looks.  Like the females in the Channel 10 newsroom who would gladly give me extra sports time.. as long as I was showing that video of Tebow running through the rain at Jets’ training camp, without a shirt on.  Nothing wrong with that, even the Rays don’t shy away from putting Kevin Kiermaier in front of a camera whenever possible.

But he’s extremely popular with fans. They don’t care about his .222 batting average, they care about the man.

Maybe this promotion to the FSL is about publicity.  And frankly, the Mets need it. The big-league team stinks, and nothing is going right in New York.  Even if Tebow never makes it there, at least he’ll be lighting it up in Florida. August 10-13 in Tampa to play the Yankees.  August 14-17 in Clearwater to play the Threshers.  Get your tickets early, those games could be sellouts.

And if I’m lucky enough to buy a ticket to the August 14 game in Clearwater, I’ll be among the first to wish Tim Tebow a very happy 30th birthday.

If you've not yet been to a Tampa Yankees Florida State League or Clearwater Threshers game they offer a great deal of fun for the money, Tim Tebow or not. These Tampa Bay area games are fun to watch. To buy tickets for this game and others click the link in the team name and head over to their website to secure your seats for when Tebow returns. (Cover photo Wikimedia Commons)