WrestleMania 36 Heading for Tampa in 2020 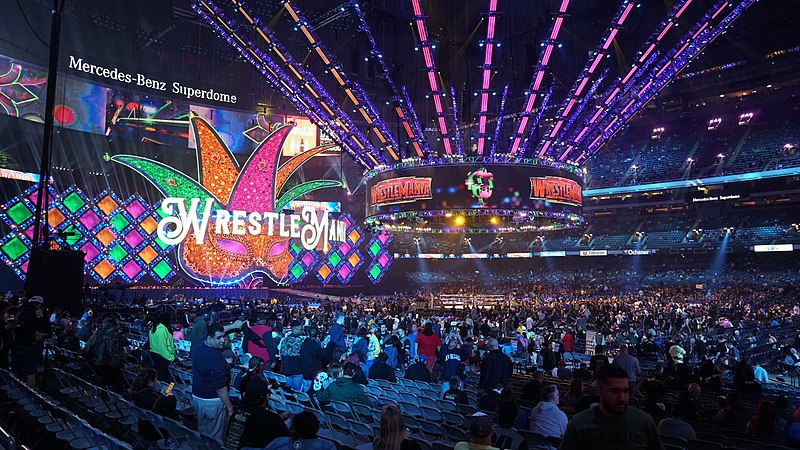 According to reports initially from Pro Wrestling Insider that we can confirm from on the ground here in Tampa, WrestleMania 36 is heading to Raymond James Stadium in 2020.

The WWE's signature annual event, which brings an enormous economic impact as pro graps fans from across the world invade cities across America each year, will be held in New York City on April 7th, 2019. An official announcement of Tampa as the following host will be at a press conference on March 7th.

It's not just the "Showcase of The Immortals" itself that will be coming to Tampa, but plenty of other events as well. WWE's Raw, Smackdown, and NXT brands all traditionally have shows in the host city of WrestleMania the same weekend, and independent promotion shows from the beloved to the sublime fill event facilites throughout the region all week long. It's the de facto national convention for rasslin' folks from across the world, and the hotels and restaurants of Tampa Bay will be stuffed to the gills.

Pro wrestling is in the midst of a renaissance, with stars such as Braun Strowman and Becky Lynch connecting with younger audiences and becoming the faces of the WWE. And with the new and well-funded addition of All Elite Wrestling coming online soon, as well as stalwarts such as PWG and Ring of Honor, there's never been more outlets for the wrestling fan to enjoy what happens in the squared circle.

But WrestleMania is an event unlike any other in sports entertainment. It is the Super Bowl, World Series, and Stanley Cup Finals of the industry all rolled into one. And with the deep tradition of the artform in Tampa, there is no better place to have it be celebrated.

We'll have more details shortly, but it is happening: WrestleMania 36 is coming to Tampa Bay and Raymond James Stadium.

Want even more sports coverage in Tampa Bay? Stay here at 813area. And be sure to register: it's free!