Ahoy, It's Gasparilla Season in Tampa! Here's Where to Find the Best Gasparilla Clothes 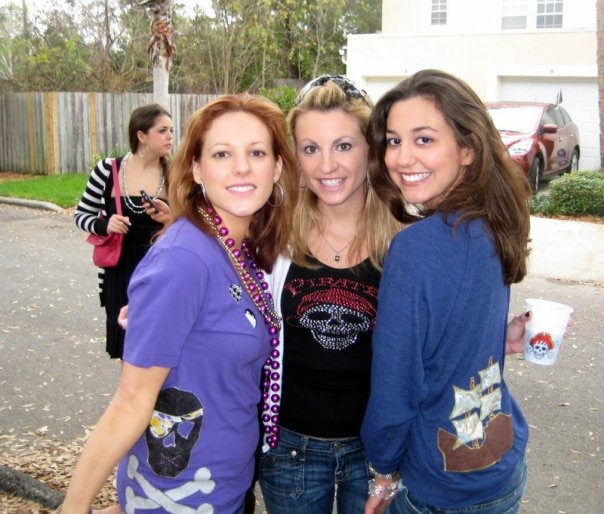 Ahoy Tampa Bay! It's Gasparilla Parade Season and if you're anything like me, that means a lot of pirate-themed parties. And thanks to Instagram and Facebook, wearing the same outfit to the Children's Parade, the Knight Parade, and the Gasparilla Parade is nothing short of committing fashion suicide. No matter if you're starting your day early at the Tampa Yacht and Country Club, brunching at The Junior League of Tampa for their stellar Invasion Party, going house party-hopping throughout the day, or getting ready for a post-parade party at The Tampa Club, you need the right outfits. Here are the places in Tampa for the best Gasparilla clothing!

When it comes to South Tampa boutiques, this is a local favorite. Located right in the heart of Palma Ceia on Bay to Bay and owned by Jennifer Dutkowsky, Why Not has one of the largest selections of pirate-themed clothing for Gasparilla in Tampa. An impressive selection of pirate-themed leggings, t-shirts, and sweaters on hand, but they tend to sell out of merch early and once it's gone, it's gone. So make sure you get there ASAP to score the best pieces and find your size.

Also located in Palma Ceia on South Dale Mabry, South Tampa Trading Company is a literal treasure trove for party-going pirate lovers. They stock everything from pirate-themed purses to skull-and-cross bone bracelets that will wow every Gasparilla attendee. They specialize in great accessories so you'll be the best-dressed person on the parade route! After you're done shopping, walk over to Woody's for a delicious soup and their famous Greek salad and reward yourself for making such smart fashion decisions!

Located on trendy South Howard Avenue, LMB is the go-to spot for sophisticated and cute stuff. For Gasparilla, Tampa expects you bring out your inner pirate princess and nothing less. Check out their adorable long sleeve tops and tanks, pair it with a cute pirate-themed bangle, and you'll be good to go on parade days!

Sweet Southern Chic is located on Bay to Bay Boulevard in Palma Ceia. This hidden gem is a South Tampa favorite for the Palma Ceia princesses that always look their best. Whether you need a cocktail dress for the Ye Mystic Krewe of Gasparilla's Captain's Ball, or a brunch outfit to watch the invasion, this boutique has got you covered! They carry everything from scarves to dresses so it's a one-stop shop to achieve all your parade-hopping goals.

Salt Pines is a Hyde Park Village staple. Owned by Tampa native and entrepreneur Andrew Smith, it has everything you need for both men and women this parade season. Cross-stitched pirate belts to polos are all available, and Salt Pines carries brands that include Southern Proper, Collard Greens, and Lauren James. They also have an extensive collection of Bourbon and Bowties bangles so you can be Instagram-ready with your significant other on parade day!

Pro tip: Salt Pines comes out with a signature Gasparilla t-shirt every year, so make sure you get on the list because they sell out quickly! After you're done shopping, grab dinner at On Swann and a drink at The Wine Exchange Bistro & Bar!

The Look has trendy clothes at affordable prices. Located on South MacDill Ave near trendy hot spots Datz, Datz Dough, Lure, and CRU Cellars, this place is a party goer's dream. Grab a cute clutch and pair it with an LBD, red tights and black booties, and you'll be the hit of any Gasparilla party.

You can't get Ship Faced on Champagne without some cute monogrammed essentials! Located on Platt Street, it's a great spot to pick up pirate-themed clutches, graphic tees, and anything monogrammed. Order a super-cute and practical monogrammed jacket or spirit jersey in case a Gasparilla parade route gets chilly. You'll be warm and also stylish! As one famous actress puts it: "If it's not breathing, put a monogram on it!"

Also on South MacDill Avenue, Love That is known for unique items that will take you from brunch at the Yacht Club on parade morning to bar hopping downtown at night. They carry everything from ornate skull-and-cross-boned tunics to sparkly-pirate themed necklaces and bangles. Items tend to sell out quickly, so make sure you grab your swag at least a few weeks before the big day. It's a Gasparilla fashion dream!

Let's face it. Shopping in Tampa for the perfect Gasparilla parade-ready and post-party outfits can be overwhelming. But with these Tampa boutiques to the rescue, you'll be the belle of the pirate ball week after week!

And for more shopping in Tampa year-round, keep an eye on 813area. And register, it's as free as the Gasparilla parades! 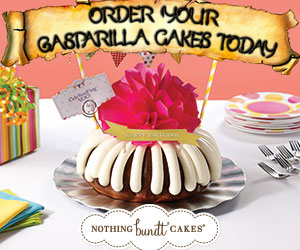