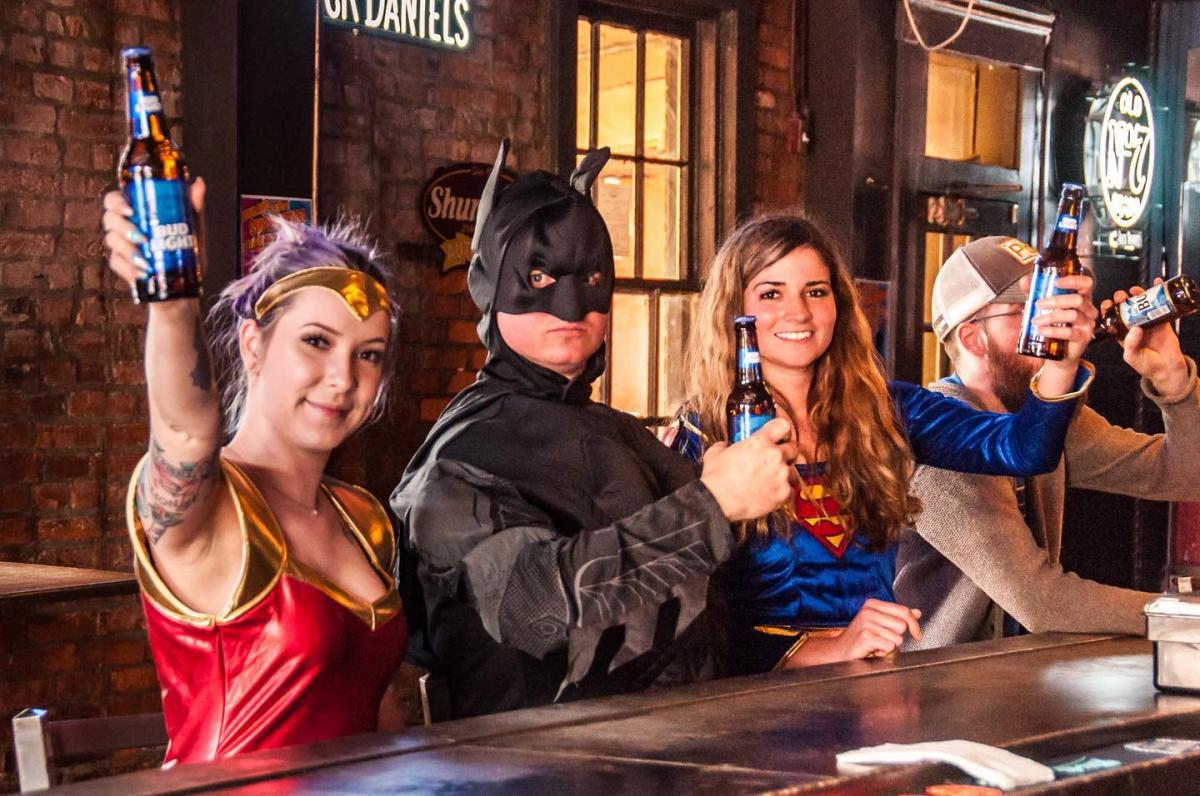 It's the most wonderful time of year again for all of us geeks and freaks: Tampa Bay Comic Con! To celebrate, Downtown Crawlers and Tampa Bay is Awesome will be hosting their epic annual Comic Bar Crawl, but they've got even more shenanigans planned with this year's theme inspired by the viral Storming Area 51 Facebook event!

If you haven't heard or have been living under a rock, nearly two million people and counting have RSVP'd to invade Area 51 in Nevada on September 20 to finally see the aliens and UFOs that our government has been hiding (allegedly).

We love zany ideas as much as the next conspiracy theorist, but Nevada is over 2,600 miles away, and the feds have strongly warned the public against attempting to enter Area 51... so, yeah, it's a no-go for us, but, fortunately, Downtown Crawlers has recreated Area 51 in our own backyard on the rooftop bar of Downtown Tampa's Mole Y Abuela!

Not only will you not have to break a sweat or fear for your life at this Area 51, but you'll get to relax and party with a free Bud Light in hand courtesy of the presenting sponsor, Bud Light, who will also be giving out some cool alien swag. Just come dressed as an alien or a comic con character, and Bud Light will hook you up!

Downtown Crawlers also mentioned that there will be aliens throughout the bar crawl and after party... we're not quite sure what that means, so you'll have to come find out for yourself!

Tampa's Comic Bar Crawl: Storming Area 51 (a.k.a., Mole y Abuela) will be on Saturday, August 3 starting at 6 p.m. at American Social where you'll meet up with your fellow stormers. Then board the Downtown Crawler Party Bus courtesy of Affari at 7:30 p.m. and head to Yeoman's Cask and Lion for a jolly-good time.

At 9 p.m., the next stop will be Zydeco Brew Werks in Ybor City, which definitely has its share of stranger things, and then the final destination will be Mole y Abuela for the Bud Light Roof Top After Party at 10:30 p.m. where all of the crawlers will storm Area 51. Charge!

If you're a "true fan" and will be spending your whole day at Comic Con, you can still come have some out-of-this-world fun with us at the after party! Get a free Bud Light and welcome shot and party until close at 2 a.m. while a special guest DJ spins lit tunes.

Tampa's Comic Bar Crawl: Storming Area 51 with Downtown Crawlers is the bar crawl of the year, so get your tickets now before prices go up! General admission tickets are $25 each and include:

If you plan on storming Area 51 with a group, take advantage of Downtown Crawlers' group ticket deal where you can get five tickets for the price of four. The more, the merrier!

Since Tampa's Comic Bar Crawl: Storming Area 51 is in inspired by Comic Con, you can come dressed as your favorite comic con character or a person (or thing) from Area 51. It's up to you! If you need some ideas for an Area 51 costume, we have several:

Get creative and go all-out to boost your chance at winning the costume contest!

Whether you're a comic con fanatic or just like to dress up and drink, Tampa's Comic Bar Crawl: Storming Area 51 is going to be inter-stellar and loads of fun! This themed bar crawl is also great opportunity to meet new people and talk about shared interests such as superheroes, comic books, and cosplay. Complimenting someone's costume is a great way to start a conversation!

See updates and what else Downtown Crawlers are up to on Facebook, Twitter, and Instagram at @Downtowncrawlers, and find more fun events in Tampa like Tampa's Comic Bar Crawl: Storming Area 51 by registering on 813area, your free local guide to the Tampa Bay area.