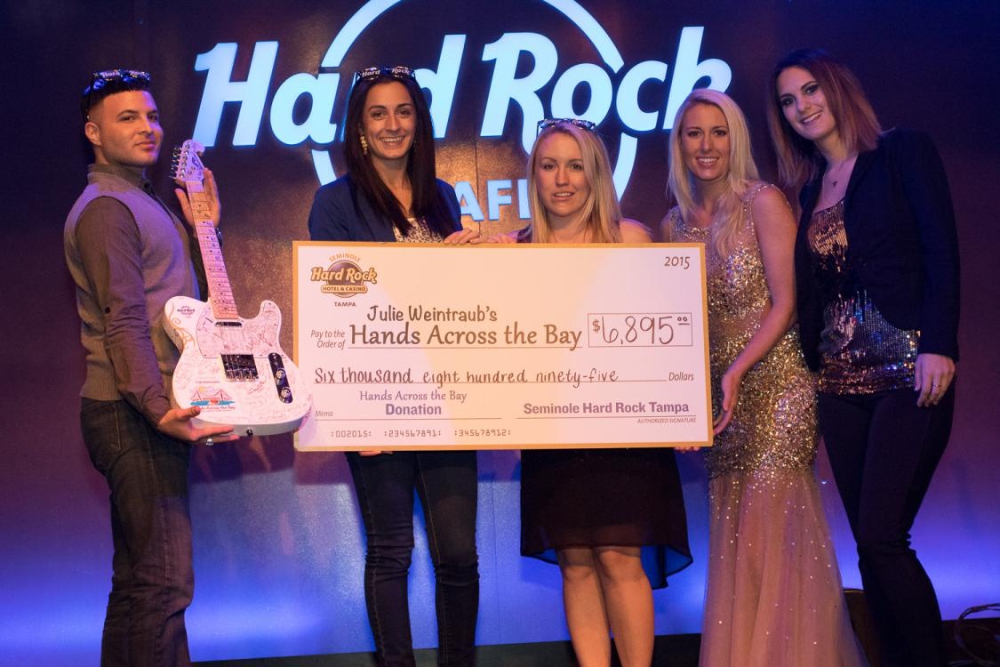 When it comes to "Helping Hands", the Seminole Hard Rock Hotel & Casino Tampa is committed to raising money to support non-profits in the Tampa Bay area.  This past September, "Hearts of Gold" were fluttering all over Tampa Bay as the casino raised money to support Julie Weintraub's Hands Across the Bay.  The month-long fundraising efforts were celebrated Sunday, September 27th when the casino hosted a Play For A Cause Fundraising Event at the Hard Rock Cafe.  This fun-filled evening featured a red carpet ceremony, Charity Slot Tournament, a benefit concert featuring Tampa Bay Acoustic Music Festival headliner The Cruz Brothers and a check presentation to Hands Across the Bay for $6,895! 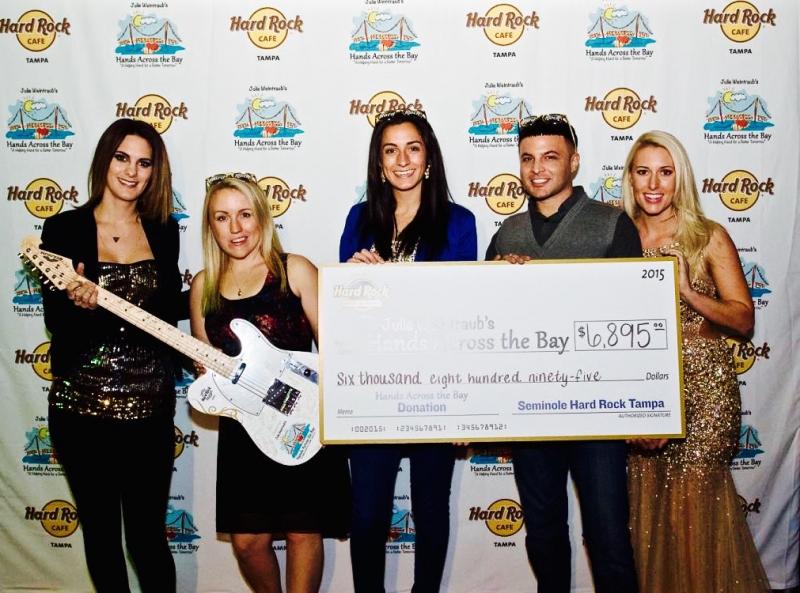 Founded by Julie Weintraub, Hands Across the Bay works tirelessly to provide "A Helping Hand for a Better Tomorrow".  They assist and mentor hardworking families in need, advocate for change, support partner organizations and spread love through various acts of kindness. Through their work, they help Tampa Bay families get back on the road to independence and self-sufficiency and inspire our community to become more compassionate, empathetic, and charitable. 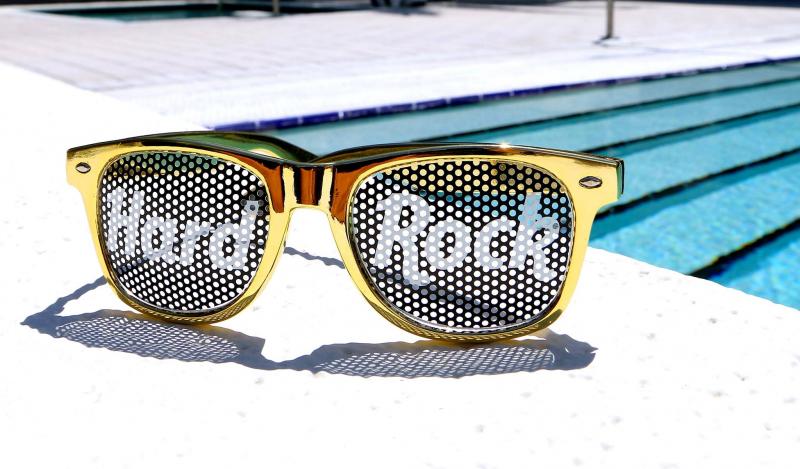 To further support their work, the casino hosted a Hands Across the Bay Fundraising event.  The event kicked off with a Charity Slot Tournament where the casino raised additional money for the organization by donating fifty percent of the $10 tournament entry fee to the organization and 50 percent to the prize pool. Open to the public, everyone had fun playing the slots for the chance to "win big" while also providing a few more helping hands for our community.

The Hard Rock Cafe was rockin' during a benefit concert by The Cruz Brothers.  Since making their debut during the Tampa Bay Acoustic Music Festival in June, The Cruz Brothers became Hard Rock Cafe Brand Ambassadors and are a house favorite.  They were delighted to be back supporting Hand Across the Bay and kept the giving going with songs including "Tortoise", "Banana Man" and my personal favorite "What I Am". 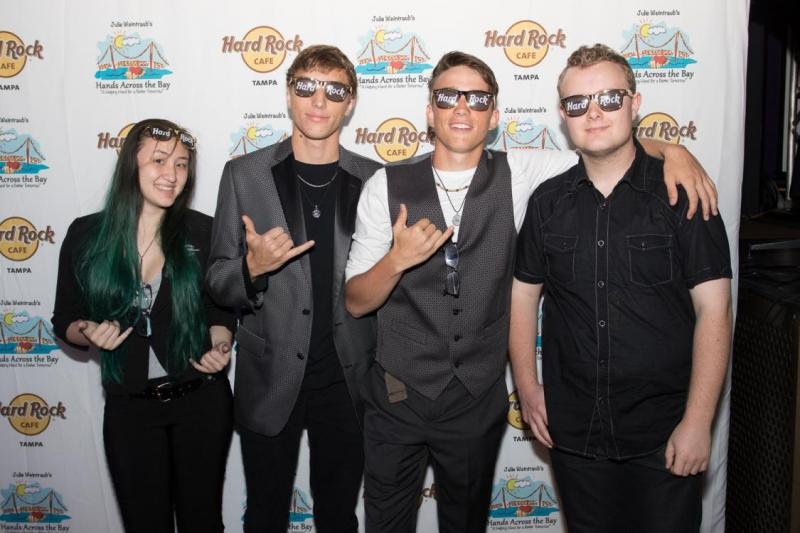 After the concert, I had the chance to sit down with Hands Across the Bay team members, also known as "Messengers of Blessings", Dee Mantzaristo and Melissa Dohme, to learn a little more about the organization and their work in the community.  Hand Across the Bay is a small, private, grassroots organization founded by Julie Weintraub, Vice President of the Gold & Diamond Source, a leading independent family owned jewelry store in Clearwater. Weintraub believes in giving a "hand up" rather than a "hand out" to help families and individuals get back on the road to self sufficiency. 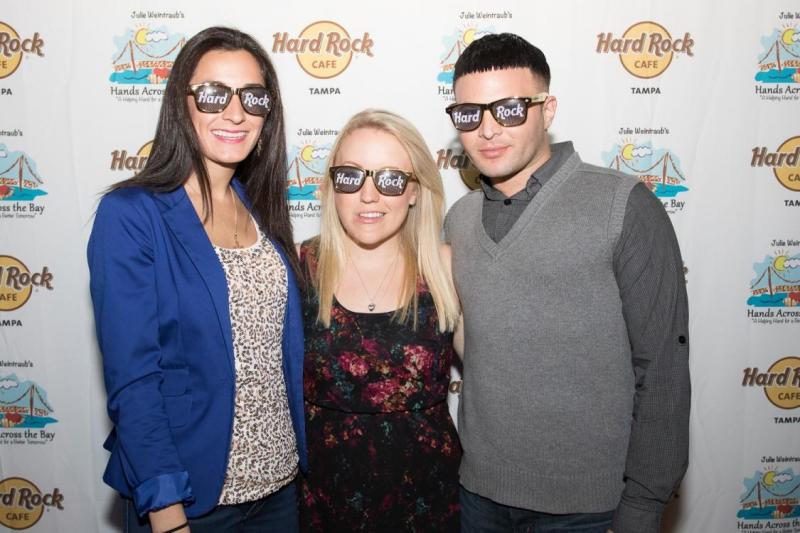 In a typical year, Hand Across the Bay helps around 150 families begin "the first day of the rest of their life". "For a small organization like us, a partner like Hard Rock noticing the work we do and the change we truly make is huge" said Dohme. Often times, it doesn't take a lot of money to make a big difference.  For one man, all it took was $300 to get him back on the road to self sufficiency. He was in between jobs, didn't have money to pay his electricity bill or buy the boots and tools he needed for his new construction job. Hands Across the Bay stepped in, paid his electricity bill, bought the supplies he needed and now he is employed and providing for himself and his family.  All it took was $300. 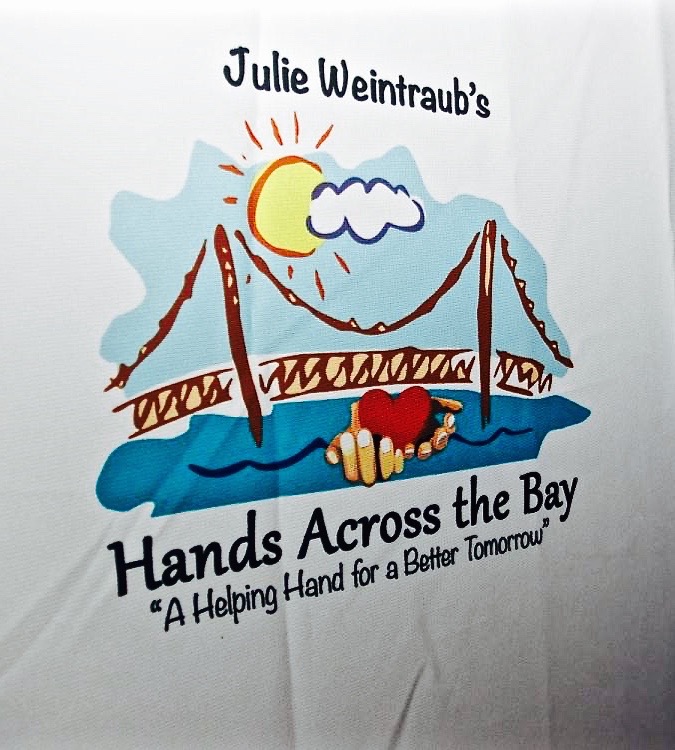 Hands Across the Bay is also involved in violence prevention and awareness programs across Tampa Bay. Dohme is Hands Across the Bay's Violence Prevention Advocate and spends a substantial amount of time speaking to groups about domestic violence.  In 2012, Dohme survived an attempted murder attack by her high school ex-boyfriend. She was stabbed 32 times, had a broken nose, broken teeth, facial paralysis and flatlined four times. Instead of being angry, Dohme emerged from the attack as a survivor on a mission to help others. She is a highly sought after speaker and loves giving others the courage to fight back and understand they don't have to be a victim of domestic violence. She is truly an inspiration! 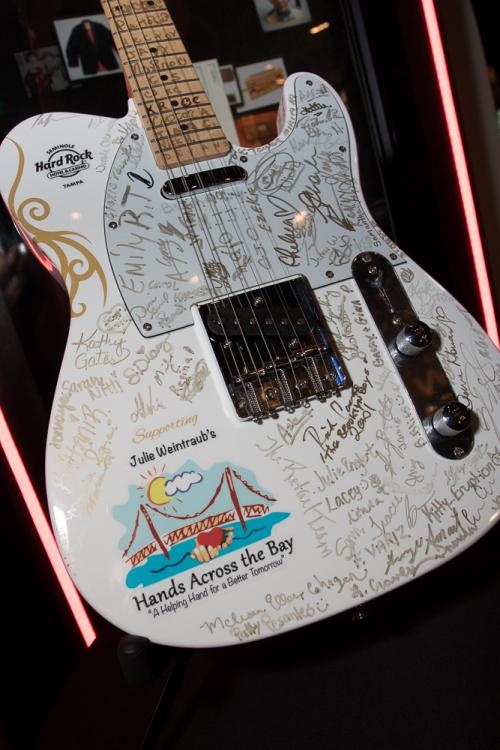 Many thanks to the Seminole Hard Rock Hotel & Casino Tampa for their support of Hands Across the Bay and for helping so many families get back on the road to self sufficiency.

Things To Do in Tampa This Weekend | September 23rd - 25th