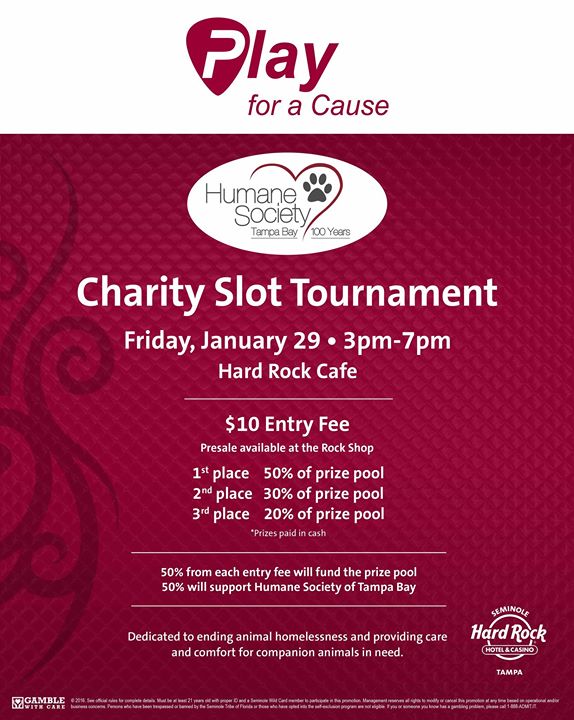 The Seminole Hard Rock Hotel & Casino Tampa is committed to raising money to support non-profits in the Tampa Bay area.  This January, the casino is  kicking off its' year of giving by supporting the Humane Society of Tampa Bay.  Dedicated to ending animal homelessness and providing care and comfort for animals in need, the Humane Society has helped over a million animals find happy homes.  To help our four legged friends, the casino participated in the Humane Society's 6th Annual Tampa Bay Community Chili & Salsa Bowl and team members have been volunteering at the facility throughout the month.  To further support the Humane Society, the casino will host a Charity Slot Tournament on January 29th.

Founded in 1912, the Humane Society of Tampa Bay is committed to creating "a humane community where every adoptable dog and cat is guaranteed a loving home and where all animals are treated with respect and kindness" according to their website.  The organization finds homes for as many animals as possible, helps lower the euthanasia rate in Hillsborough County with their "No Kill for Space" program and operates a Spay and Neuter Clinic as well as a Wellness Clinic that offers high-quality veterinary services at affordable rates.  With the aid of donations from the public, the Center performs more than 11,000 spay/neuter surgeries and helps more than 25,000 pets each year! 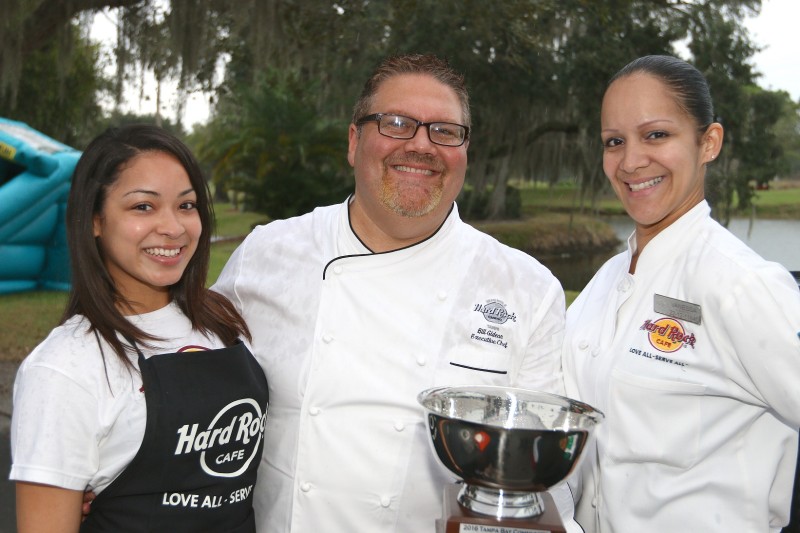 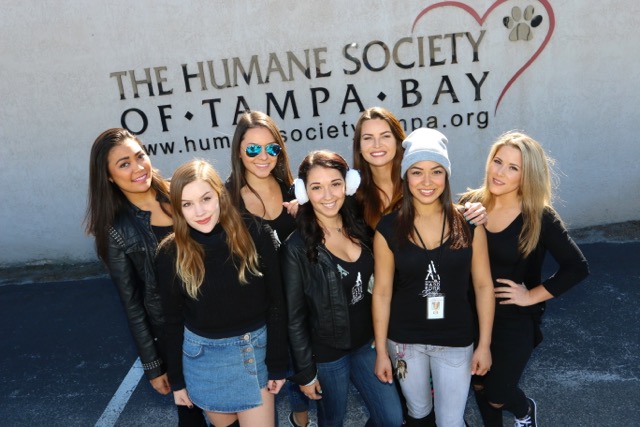 Seminole Hard Rock Hotel and Casino Tampa team members, joined by this month's performer Ella Jet, have been volunteering at the Humane Society all month long.  Accompanied by the gorgeous Hard Rock Girls, everyone had a blast lending a helping hand for our feline friends. 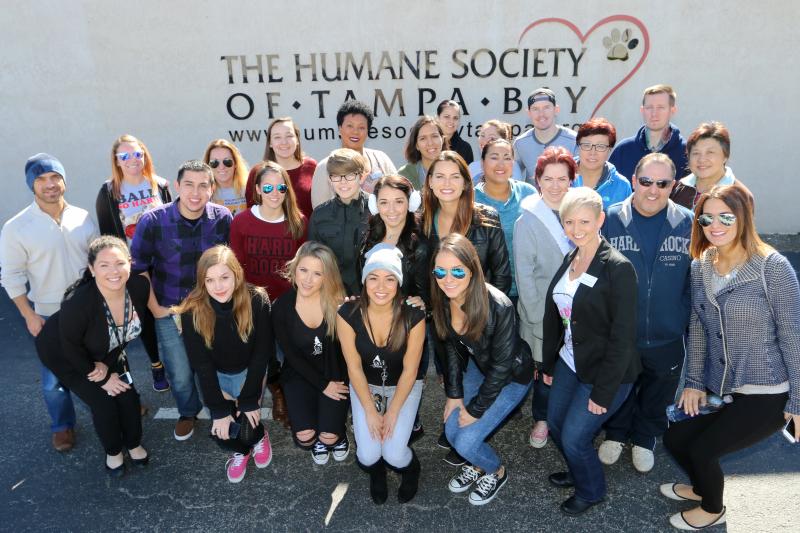 The highlight of January's month of giving is the casino's Charity Slot Tournament, held in the Hard Rock Cafe Tampa on January 29th from 3pm to 7pm. This fun evening includes a red carpet ceremony featuring local community members and Humane Society staff and volunteers and a benefit concert by local performer Ella Jet.  Following the concert, the Humane Society will be presented with a donation check which include proceeds from the slot tournament as well as sales of the 2016 Seminole Hard Rock Girls Calendar during the month of January.  The entry fee for the tournament is $10, 50 percent of those proceeds will be donated to the charity and 50 percent will be added to the prize pool. Tickets can be purchased at the Rock Shop beforehand or upon entry to the event. 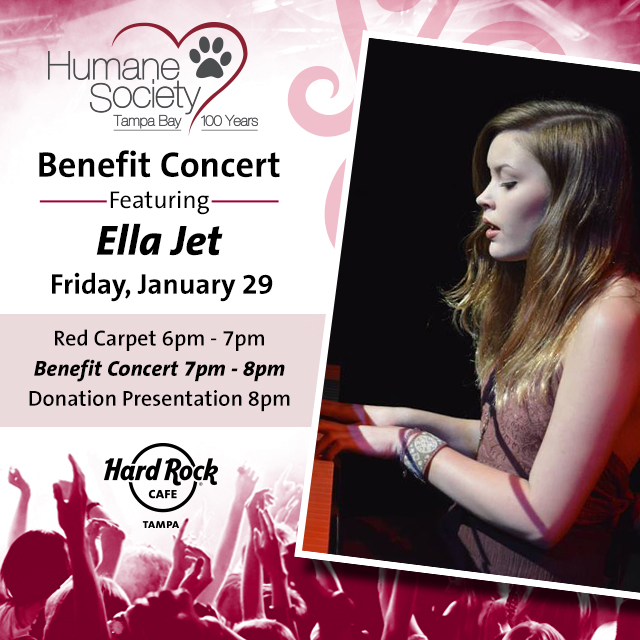 Following the tournament, 18 year old singer-songwriter Ella Jet will take the stage for a benefit concert. If you haven't had a chance to see this singing sensation before, you're in for a real treat! Growing up, Ella Jet's house was filled with music and she started singing at a very young age. She was inspired to pick up the guitar and write songs after watching YouTube videos and thought "If they can do it so can I" says Jet. She released her first album when she was only ten years old and has been playing all over the Tampa Bay area ever since.

Ella Jet performs original songs about love, loss and heartbreak.  Last year, she participated in the prestigious Grammy Museum's Revolution Project in Los Angeles and has opened for national acts including We The Kings, Vonda Shepard, Emily Kinney (of The Walking Dead), In The Valley Below, The Prettiest and Lovedrug. She's also had the honor of playing support for Matchbox Twenty's Rob Thomas and her musical idol Bob Dylan.  This year, she plans to release her debut CD Black Wave Diary.

This is one event you don't want to miss! See you on Friday January 29th in the Hard Rock Cafe Tampa.