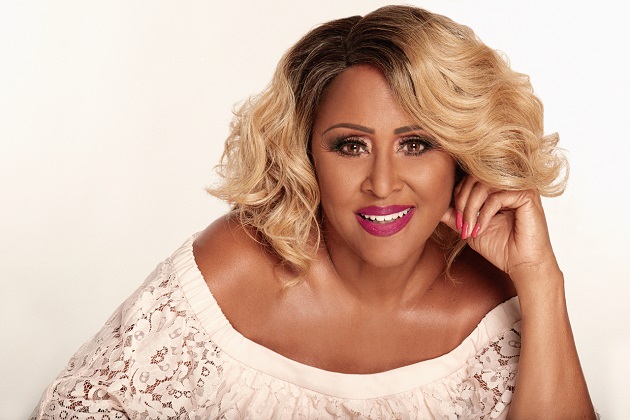 Darlene Love is a big ball of enthusiastic energy with an infectious laugh. She's instantly likable, and you find yourself wanting to be around her and let her shine her light on you. She's also a legendary singer and Rock and Roll Hall of Famer, and she's coming to Tampa! Love will perform her annual Valentine's show on Thursday, January 18th at 8 p.m. at the Tampa Theatre. Tickets are on sale now!

"Our patrons absolutely loved the Oscar-winning documentary 20 Feet From Stardom when we screened it back in 2013, and Darlene was featured prominently in that film, which told the stories of pop music’s most prolific backup singers," says Jill Witecki, Tampa Theatre director of marketing and community relations representative. "So when the opportunity arose for her tour to route through Tampa, of course we jumped at the opportunity to host the show and give fans of the film a chance to see her in action.”

Love has had an illustrious career filled with exciting stories and special moments. Along with her feature in 20 Feet From Stardom, she may be best known for her rendition of "Christmas (Baby Please Come Home)," which she performed on David Letterman's late-night TV shows for 27 consecutive years. Love is also known for songs like "She's a Rebel" and "Today I Met the Boy I'm Gonna Marry." In addition, she's been a backup singer for artists like Elvis, Sam Cooke, Dionne Warwick, Cher, and Aretha Franklin.

Tampa fans can expect to hear Love's popular hits, including "Christmas (Baby Please Come Home)," which is likely her most requested song no matter what time of year. With Letterman retired from late night, Love most recently performed the song with actress Anna Kendrick on The Tonight Show Starring Jimmy Fallon. She says, "I do it all the way to January 31, then that's it. This boy's going to sleep until next year!"

Love recently performed at the annual European Elvis Festival in Germany, where she sang songs she had recorded with Elvis in the 1960s. She's also just wrapped up a 40-city nationwide tour, and doesn't show any signs of slowing down.

Rolling Stone magazine has praised Darlene Love as one of the greatest voices of all time. But perhaps the biggest honor for this legendary singer was when she was inducted into the Rock and Roll Hall of Fame in 2011. Friend Bette Midler introduced her and said, "She changed my view of the world, listening to those songs, you had to dance, you had to move, you had to keep looking for the rebel boy."

Love's devotees will enjoy reading her autobiography, My Name Is Love: The Darlene Love Story. It's a tale of her joy and passion for singing, plus a showbiz memoir with behind-the-scenes details, and an inspiring story about a woman who never gave up. Better yet, come see this legendary singer and Rock and Roll Hall of Famer live next week! Tickets are on sale now  for the Thursday, January 18th show at 8 p.m. in the Tampa Theatre.

Stay connected to concerts in Tampa by registering with us on 813area. Your subscription is always free, and we'll keep you busy with all of the fun things to do in Tampa!