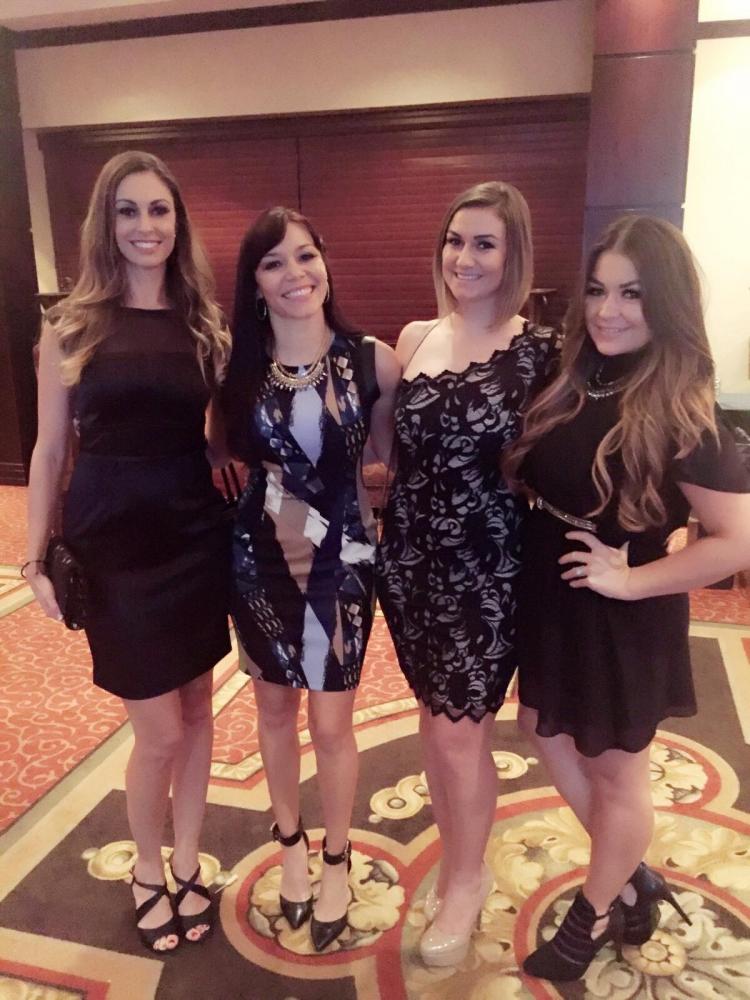 Former NFL Linebacker Ryan Nece is the kind of individual who personifies what it means to be a giving, gentle and charitable person. Ever since he was a young child, his family instilled in him the Power of Giving and making a positive impact on the people around him. With his namesake foundation Ryan accomplishes a significant contribution right here in the Tampa Bay community every year and this year's Rockin' Holiday Bash was no different. I've personally supported this event for four years and while I don't normally go out on ''school nights," I gladly make it a point to support this event because it's a great time for a really great cause. Especially when there's a live Plinko game and I could possibly win tickets to dine around town! 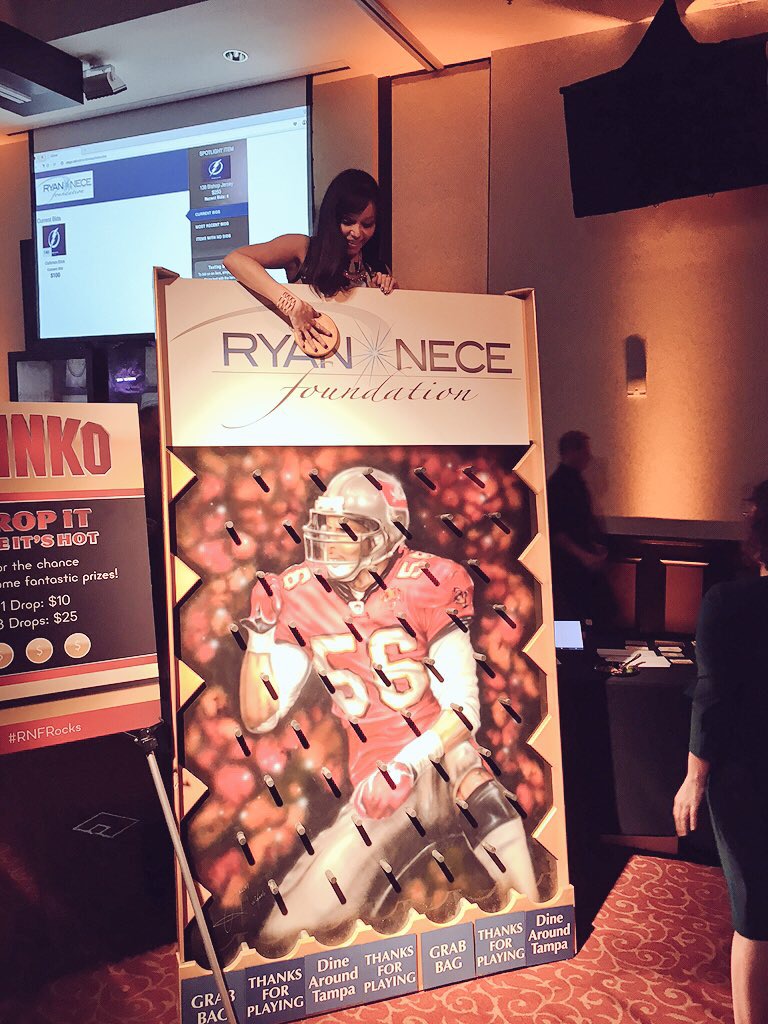 The Ryan Nece Foundation was founded in 2006 and its mission is to be a beacon to teens by empowering them to impact giving in their communities. The foundation's vision is to create opportunities for teens to embrace the Power of Giving though service projects, inspirational programs and volunteerism.

In 2012, the foundation refined its mission, vision, and focus to hone in on its goal of helping to shape and mentor the next generation of servant leaders. Currently, the Ryan Nece Foundation operates four programs annually: the student service program, the mind and body clinic, the corporate mind and body clinic and the Power of Giving Thanksgiving Celebration which directly benefits up to 2500 families in Tampa.

High School student Juan Ferrara, in his second year of the program, is now mentoring other teens in their first year. He spoke about how much the foundation has shown him the good that "charity, unity and compassion by a small group of individuals can come to have on others."

Presented by the Debartolo Family Foundation, Ryan Nece's 7th Annual Rockin' Holiday Bash at TPepin's Hospitality Centre on Thursday December 3rd had a fundraising goal set to $30,000 and their generous sponsors helped them accomplish that.  Executive Director Allison Gorrell said one of their best-selling raffle items is the custom tailored suit from Bespoke & Co. They also had many sports items from Tampa Bay Lightning tickets and autographed jerseys and hockey sticks to tickets to the Miami Beach Bowl, Vincent Jackson game-worn autographed cleats, and Tampa Bay Rays autographed items. 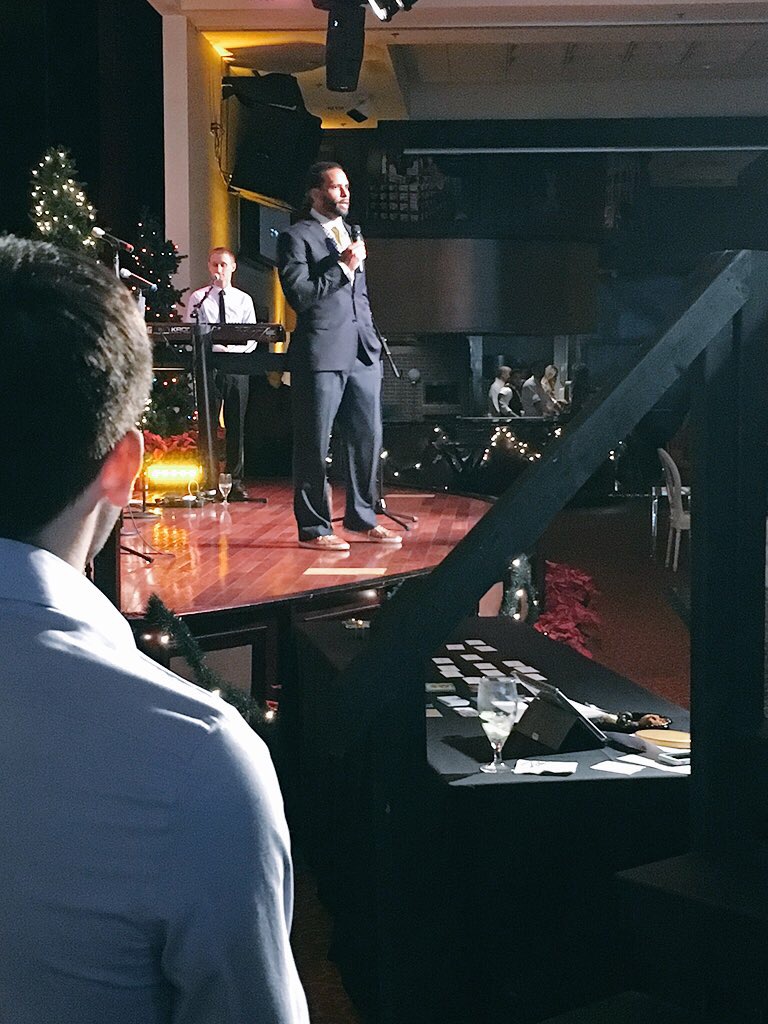 While listening to Ryan's passion behind his cause is always a treat, (and on this particular night he paid a somber tribute to the mass shooting at San Bernardino near his California home), listening to a student like Juan talk about how much the foundation has helped him directly reminded me why we all come to support these events in the first place.

"A great man once said, 'Be the change you want to see in the world.' To me, the Ryan Nece Foundation has helped me see not only the change I wanted to see in myself but the change we all wish to see in all of our communities," said Juan.

It's always a wonderful thing to see the Power of Giving in action, and for that, I'm grateful to Ryan Nece and all of his supporters. We need more people like that - especially right now - in our world.