Tampa Bay's Dancing With the Stars Dazzles to Raise Money for Hands Across the Bay!

It takes the three person team at Julie Weintraub's Hands Across the Bay almost a full year to plan its largest fundraising event: Tampa Bay's Dancing with the Stars. With so much to do, it's no wonder why.

Gold and Diamond Source Co-Owner Julie Weintraub, Outreach Coordinator Melissa Dohme and Executive Assistant Dee Mantzaris have to lock in dozens of major sponsors and media supporters, the night's entertainment, silent and live auction items and the actual performers themselves to create a glamorous evening that packs a full four-hour event, all in the name of charity. 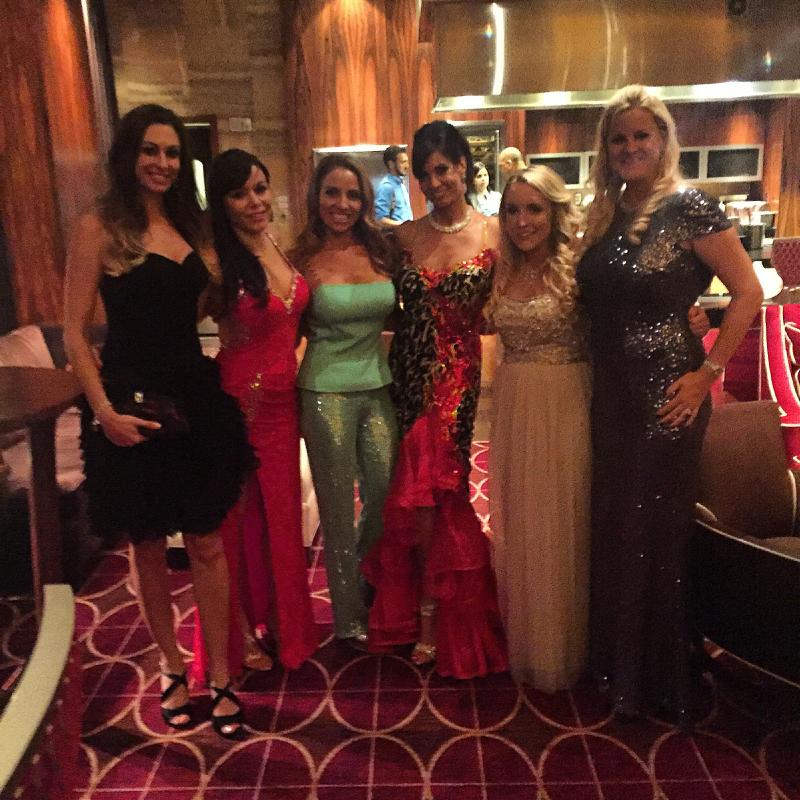 On Saturday, October 4th the tireless team at Hands Across the Bay brought 600 people a sold out show that dazzled, inspired and directly benefits dozens of needy families and domestic violence victims in the Tampa Bay region. 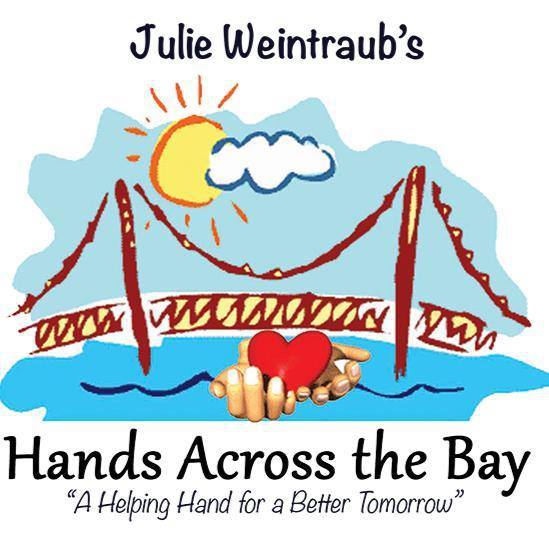 The charity's mission is to assist and mentor hard-working families in need, advocate for change, support other organizations and spread love through various acts of kindness.

With such a high goal for the night, Julie's team decided to bring on upscale party planner RSBP Events owner Brooke Palmer to produce the evening’s events and decor. The result was a dramatic effect on the space at TPepin's Hospitality Centre which sparkled with special concept lighting and enchanting effects that glittered and impressed guests who spent no less than $250 per ticket. All proceeds benefit Hands Across the Bay. 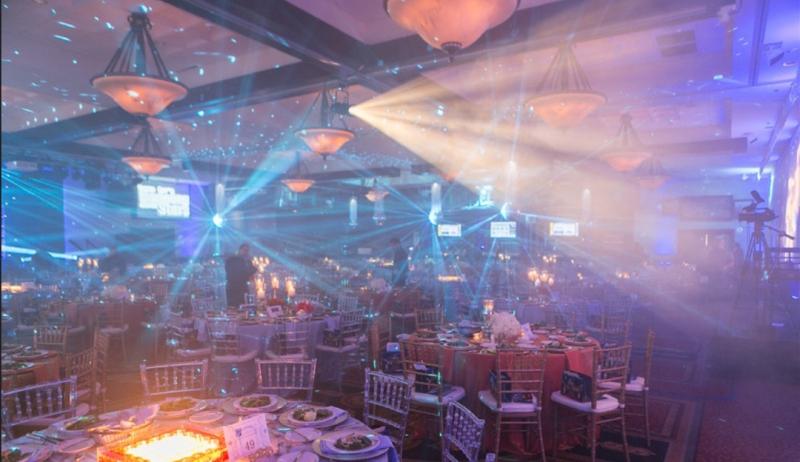 Photo credit: Michael Blitch Photography
Some highlights of the evening were Steve and Julie Weintraub presenting Tom Pepin with a special plaque showing appreciation for his support of the event over the past several years at his namesake event center.

Also, Former Florida Governor Charlie Crist and Hillsborough County State Attorney Mike Ober thanked Julie Weintraub on stage for her selfless and unwavering spirit of giving in a powerful moment of the evening as she was presenting families and victims whom have benefitted from Hands Across the Bay either through advocacy, financial and moral support during some of the darkest times in their lives. 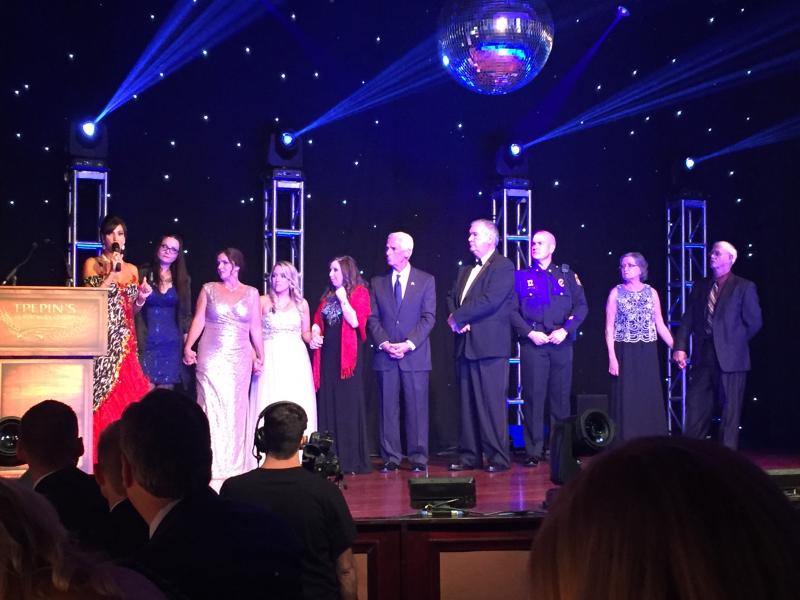 "Julie Weintraub, I just want to tell you how grateful I am for your contribution to this community," said former Governor Charlie Crist.

It was a moment that captured the entire event's purpose in a nutshell. As they held hands on stage, each beneficiary personally thanked Julie and her team for their generosity and good will that has helped transform their lives. Julie herself attends court trials in and out of state when advocating for some of her beneficiaries in the thankless pursuit of justice for perpetrators or attackers who have left some of their victims with physical and emotional scars and wounds that may never fully heal.

Julie also brought on stage Christian Mayberry who was told he’d never walk again after being hit and left for dead in an ATV accident. Julie then had former Tampa Bay Buccaneer Ian Beckles come up and shake Christian's hand as Christian’s dreams of playing football were shattered after his accident. 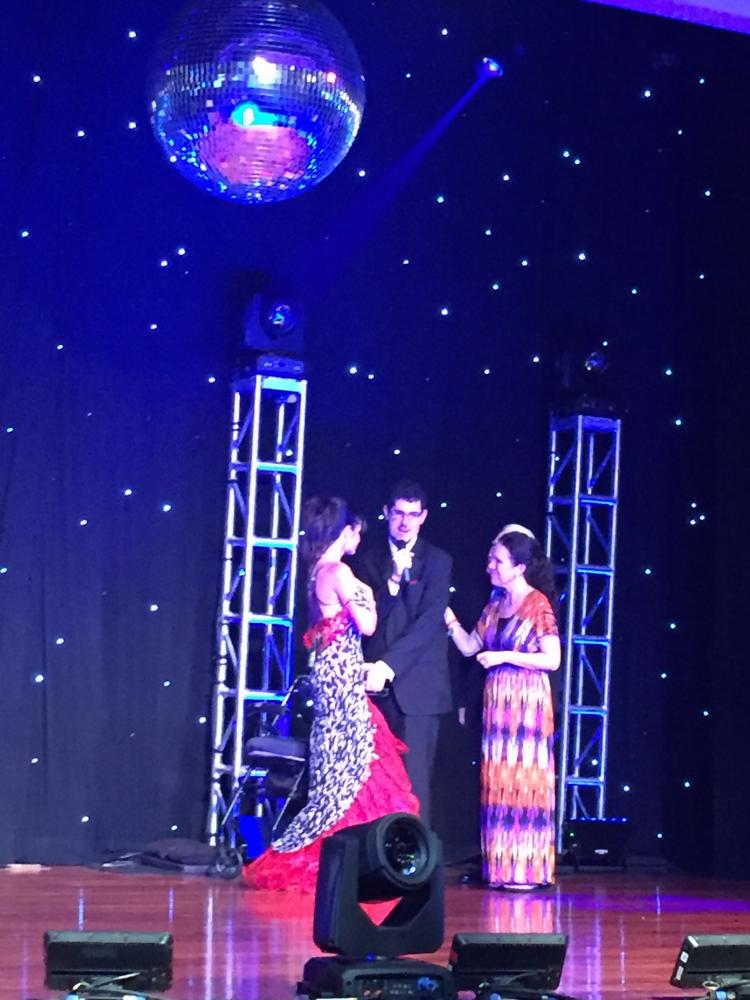 "These crimes are happening right here in Tampa Bay, not some far off place," said State Attorney Mark Ober while describing why he supports Julie's work.

There are many charity fundraisers in Tampa Bay but sometimes the cause itself can get lost in the shuffle. That is something Julie works hard to overcome. Her beneficiaries are front and center and are referred to as "sur-thrivers" instead of survivors.

"Someone told me tonight that they love supporting an event that clearly reminds them of why we are here, that makes me so happy," Julie said.  In her custom-made gown adorned with a 90 karat diamond necklace, (which came with an armed body guard following her close by all night) she was a showstopper in her own regard. With her typical warm and gracious presence, one could easily forget Julie's sleepless nights leading up to such a major event, which sold out in a record one week. 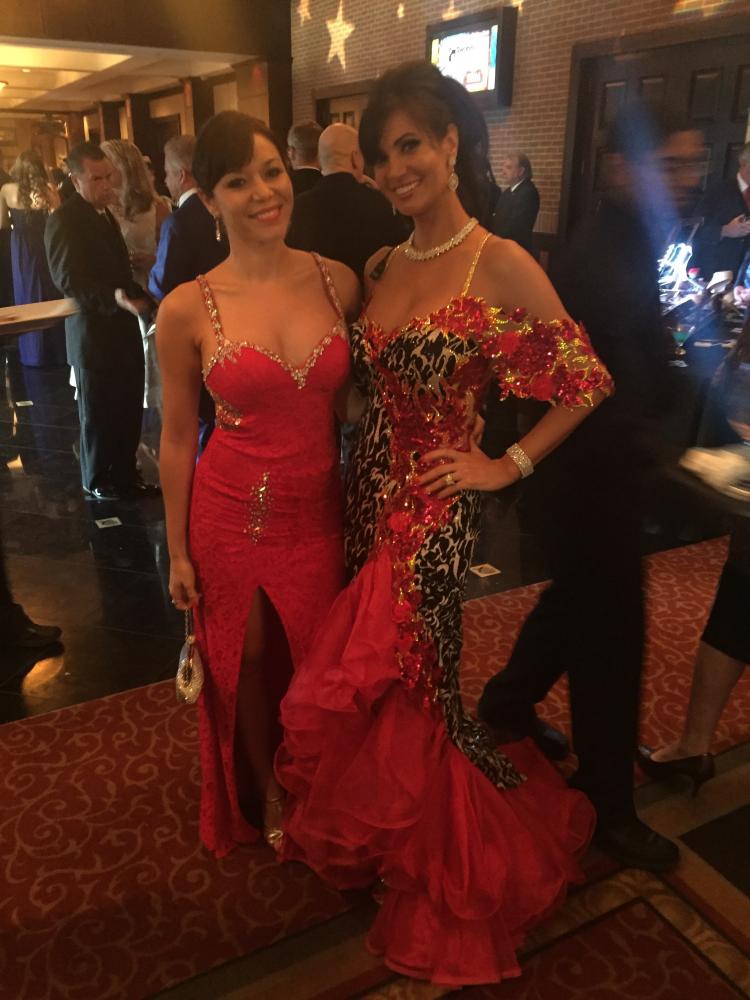 The dancing portion of the night featured 13 local celebrity dancers paired with professional dancers from Fred Astaire Dance Studio and each pair worked for months to choreograph, practice and dance to their own song. The grand champion winners of the evening were ultra luxury sales associate at Dimmitt Automotive Elizabeth Manes and her dance partner Emmanuel Herrera. Elizabeth carried on with the show despite a stress fracture in her foot.

The People’s Choice winner, philanthropist and former fitness model Yve Beauchamp, was overjoyed at winning the People's Choice award as she explained how nerve-wrecking it was to go up against some others contestants that were formally trained dancers - unlike herself.

Guests who decided to extend their evening after the event headed over to presenting sponsor Seminole Hard Rock Hotel & Casino Tampa for the after party.